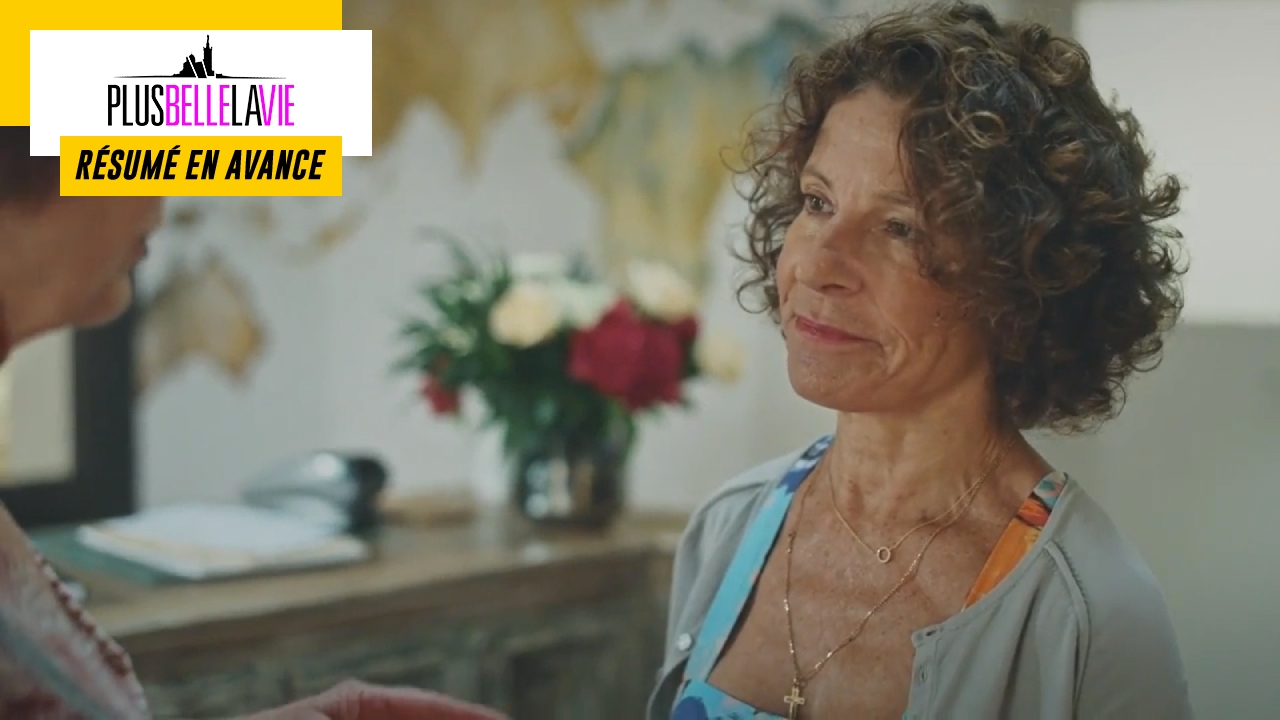 In the next episodes of “Plus belle la vie”… While Kevin is ready to do anything to find out the truth, the efforts of Boher and Patrick are rewarded. As for Mirta, she regains her faith.

Kevin gets closer to the truth

Desperate to find out the truth about Camille, Kévin decides to put a sleeping pill in Camille’s coffee. If the young man can’t help feeling guilty when she drinks it, he sticks to his plan. Once at the police station, Kevin transfers the files from Camille’s phone to his computer.

And he makes a surprising discovery: Camille sent an empty text message to César on October 15, 2021. Emma then remembers that it was the day she saw César for the last time.

In the early morning, Justine discovers that Mathis has made her a drawing. For Basptiste, there is no doubt, his son understood that the young woman meant a lot to him and that she will also end up counting a lot for Mathis. That’s why he’d like to make it official by telling the little boy that they’ve moved in together.

If Justine has the impression that things are going too fast, Baptiste reassures her. This beautiful moment is however interrupted by a call from Commander Nebout. He informs her that the fingerprint they took from the seashell the day before matches someone in their file. Patrick asks Baptiste to find him at the police station.

Once there, the commander explains that the footprint found belongs to Olivier Jourdan, the guru of a sect. The only problem is that he is on an electronic bracelet and that he did not go to the place where the fires started. The police therefore cannot arrest him because they have no tangible proof.

Baptiste, who cannot bring himself to stay there without doing anything, goes with Justine to Jourdan’s villa. The young man films the guru without his knowledge as he declares that fire does not destroy, but purifies and that these fires open the way to a better world. He also states that these fires will continue to grow and that they are not a coincidence, but rather an expression of his will.

In order to corner Prune, Boher and Patrick need 15,000 euros in cash. They seek the help of the prosecutor Xavier Revel who allows himself to be convinced by the two police officers, provided that the money is traced. He also advises them that once the case is closed, he does not want to see any more babies in his police station.

Patrick and Boher arrange to meet Prune at the Mistral bar. They give the young woman an envelope containing the money and discreetly slip a spy into her bag. By following her movements on their phone, they find that she does not go to the production box at all.

A few hours later, Patrick and Boher are waiting for Prune downstairs. The young woman has packed her suitcase and is about to leave Marseille. She is very surprised to see the two fathers at the foot of her building.

Prune claims to have to leave urgently to coach a little shy girl she has cast. It is at this time that Patrick and Boher decide to reveal their true identity and arrest the young woman. Prune is charged with corruption and fraud.

If she admits that she should never have invented this story of bribes in order to steal 15,000 euros from them, she continues to affirm that they would have recovered this money in no time thanks to the film. Prune also swears to the two policemen that Raphaël and Aurore have really been selected but they don’t want to believe it. However, Prune told the truth.

Yolande meets Mirta in the hotel lobby as she is about to leave. The latter is a little in a hurry which does not fail to intrigue Yolande who is convinced that Mirta has met a man. Despite her insistence, Luna’s mother does not reveal anything.

Mirta goes to the church to chat with Father Luc in the confessional. She notices very quickly that he seems preoccupied. The priest admits to him that he is worried because he has no news of Nelson, a homeless parishioner.

He depicts him as a fragile, generous man who is always ready to help. He is afraid that something has happened to him, but offices and ceremonies prevent him from looking for him.

Mirta decides to go in search of Nelson. She eventually finds him and explains to him that it was Luc who sent him. She offers to find him a place where he can shower and put on clean clothes, but he refuses to go to a home. Mirta assures him that she will take care of him.

She then takes him to the hotel, much to Akira’s chagrin. A few hours later, Mirta finds Luc at the church. He thanks her for her gesture. Mirta tells her that by helping this man, she managed to forget about her cancer for a moment.