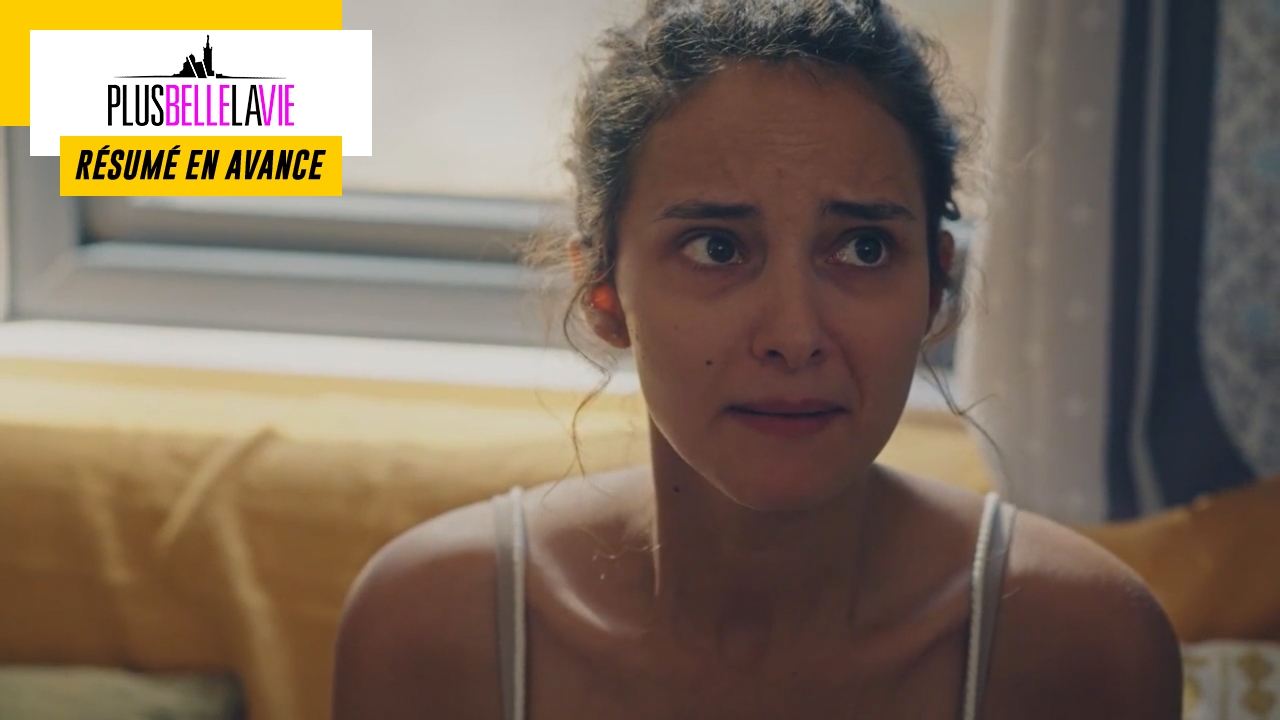 In the next episodes of “Plus belle la vie”… Kevin and Emma are ready to do anything to make Camille confess. Luc gives hope to Mirta, who smiles again. Vidal and Vanessa, meanwhile, share a romantic first night.

Camille confesses everything to Kevin

Kevin surprises Camille and shows her the mobile home he rented for their first vacation together. But it’s a trap, Emma is also present. Camille then believes that Kevin invited his sister over to reconcile. But the young man explains to him that this is not the case.

Emma confesses to her sister that they followed her to the quarry and urges her to tell them the whole truth. The young girl, however, continues to sink into her lie and pretend that she has done nothing. Furious, Emma shows him César’s identity card that Camille tried to burn the day before.

The latter panics and wants to leave, but Emma refuses to let her pass. She won’t come out until she talks. And despite all the evidence Emma and Kevin have, Camille continues to lie. She claims it wasn’t her, which infuriates her sister who shows her the video she took of her.

The young woman claims that she does not know where Caesar’s body is, and that Jacob just told her where the young man’s belongings were. She was scared, and didn’t want Jacob to accuse her. Emma begins to lose her temper and leaves the room, slamming the door behind her. Kevin follows suit.

When he returns, he makes Camille believe that he asked Emma to leave. Then he manipulates the young girl by admitting to her that he told her things that he never told anyone and that he wanted them to be reciprocated. He makes her believe that it would make him happy if they no longer had any secrets from each other.

After Kevin swears to her that he won’t repeat anything to Emma, ​​Camille tells her everything: how they manipulated him and Jacob in Croatia into falling in love with her, why she let Jacob kill Alice and why they killed Caesar. Camille also confesses to the murder of Emma’s skydiving teacher.

Kevin finds it hard to believe everything he hears. The young woman assures him that she did so to protect her sister. Emma, ​​who was hidden outside, recorded her confession. She then calls Commander Nebout to tell him that she has proof that Camille is Jacob’s accomplice and that she wants to denounce her. Camille breaks down in tears and insists that she is sorry.

Olivier Jourdan in the hot seat

As part of the investigation into the fires, Olivier Jourdan was taken into police custody and is interviewed by Commander Nebout. The guru explains to the policeman the reasons which explain the presence of the abalone shells found in his villa. They are indeed used in shamanic purification rituals, the shell symbolizing water.

But Commander Nebout is not convinced. He explains to Olivier Jourdan that his fingerprint was found on a shell that was used to light a forest fire. For the guru, this imprint is a mistake. He explains that he prepares dozens of shells per week and that some were stolen a few days earlier.

Patrick then makes Olivier listen to the recording of Baptiste and Justine but the latter knows full well that the recording has no legal value. Moreover, he is on an electronic bracelet and therefore could not have started these fires. For him, Patrick is hounding him, and wonders if the policeman is not trying to get closer to him.

Patrick chooses not to respond to this provocation. Commander Nebout suspects Jourdan of asking his followers to start the fires for him. The man reminds him that the community advocates the opposite of destruction, then he puts his hand on Commander Nebout’s while hammering at him that his place is among them. Patrick then threatens Jourdan to make him dive for 10 more years if he dares to start again.

Commander Nebout and Baptiste then try to convince the prosecutor Revel to release Jourdan to attempt a flagrante delicto. The young man thinks he knows where the next fire will be. It is therefore enough just to set up a police device at this location to catch the culprit. Revel agrees to free Jourdan and makes Patrick and Baptiste promise not to disappoint him.

Mirta under the spell of Father Luc

Father Luc goes to the Zéphyr to look for Nelson, because he has to take him to a job interview. It is finally the occasion for the priest to meet Mirta in real life. He’s sure he’s seen it before outside the confessional, but Mirta pretends not to remember. Their conversation is interrupted by the arrival of Nelson, who thanks them for their help.

While Father Luc is delighted with this new start, he can’t help but wonder who will help him with the fire victims if Nelson gets a job. Luna offers the services of her mother. A bit embarrassed, Mirta explains to Father Luc that she has to think about it, because she already has commitments.

Later that day, Mirta goes to Church and confesses to Father Luc that she has feelings for a man much younger than her. “Love has no age nor prejudices” he replies. He confesses to her that, now that he has met her, he can say that she is a radiant woman. He then encourages Mirta to open her heart to this man whom God has placed in her path.

Vanessa and Romain, united by fate?

Romain invites Vanessa to have lunch at the Marci. Both come out of a complicated period emotionally. A common point that they see as a new sign of fate. After finishing their meal, they take a walk along the beach.

Under the spell, Romain proposes to Vanessa that they meet again the same evening, but the young woman receives a text message at the same time and declines her invitation. However, they promise to meet again soon.