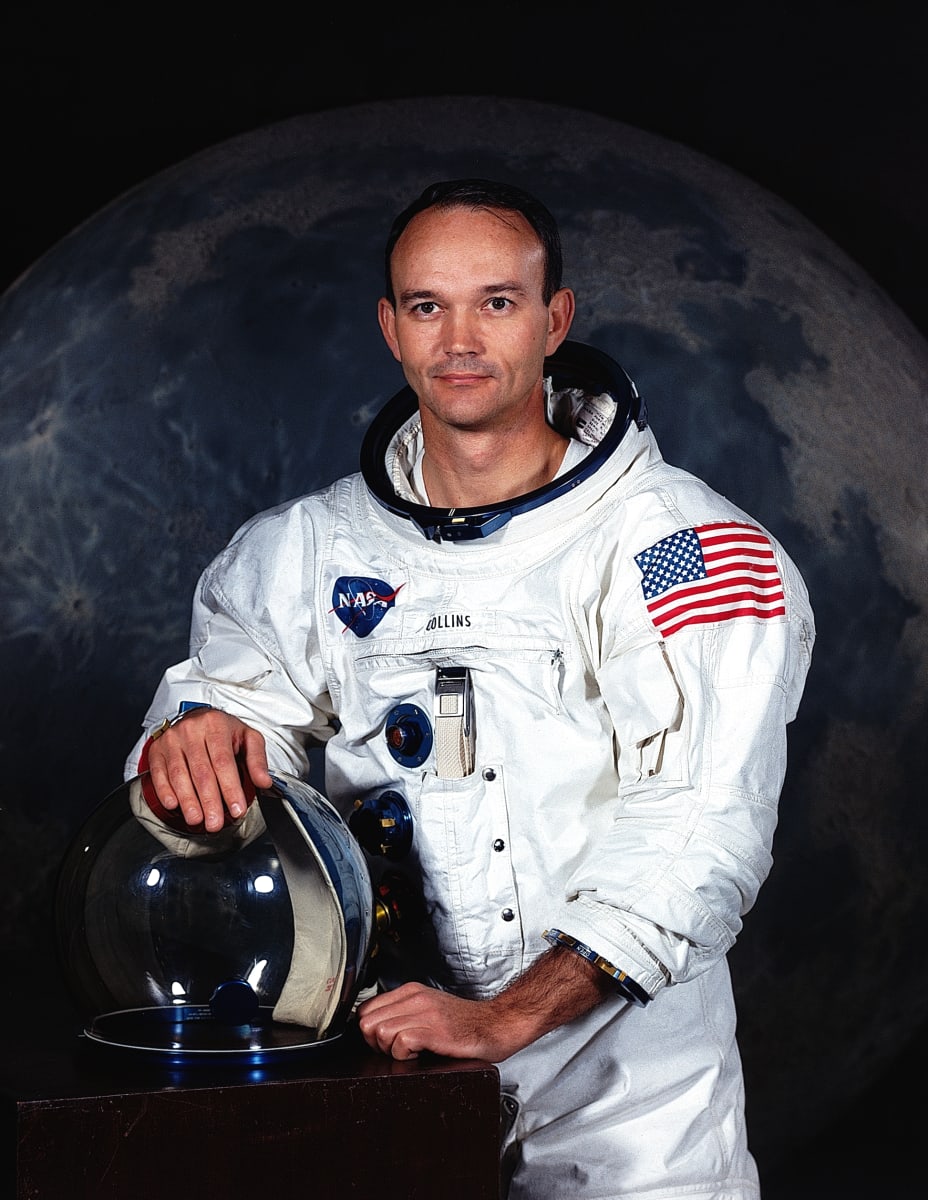 American astronaut Michael Collins was part of the historic 1969 Apollo 11 mission, remaining in the command module as Neil Armstrong and Buzz Aldrin became the first humans to walk on the moon. Since he stayed behind to pilot the command module as Aldrin and Armstrong took their historic first steps, Collins was often referred to as “the forgotten astronaut.” He died on April 28, 2021 at the age of 90.

Born in Italy on October 31, 1930, where his father, US Army Major General James Lawton Collins was stationed. After the United States entered World War II, the family moved to Washington, DC, where Collins attended St. Albans School. During this time, he applied and was accepted to West Point Military Academy in New York City, and decided to follow his father, two uncles, brother and cousin into the armed forces.

In 1952 Collins graduated from West Point with a BS, he joined the Air Force the same year and completed his flight training in Columbus, Mississippi. His performance earned him a position with the Nellis Air Force Base Advanced Day Fighter Training Team, in command of F-86 Sabers. This was followed by an assignment at the 21st Fighter Bomber Wing at George Air Force Base, where he learned how to deliver nuclear weapons. He also served as an experimental flight test officer at Edwards Air Force Base in California, where he tested jet fighters.

READ MORE: How to land on the moon cost dozens of lives

Collins made the decision to become an astronaut after watching John Glenn’s Mercury Atlas 6 flight. He applied for the second group of astronauts the same year, but was not accepted. Disappointed but fearless, Collins entered the USAF Aerospace Research Pilot School as the Air Force began to search for space. That year, NASA again called for astronaut apps, and Collins was more prepared than ever. In 1963, he was chosen by NASA to be part of the third group of astronauts.

Collins performed two space flights. The first, on July 18, 1966, was the Gemini 10 mission where Collins performed a spacewalk. The second was the Apollo 11 mission of July 20, 1969 – the first lunar landing in history. Collins, accompanied by Neil Armstrong and Buzz Aldrin, remained in the command module as his partners marched the planet. Collins continued to circle the moon until July 21, when Armstrong and Aldrin joined him.

The next day, he and his fellow astronauts left lunar orbit. They landed in the Pacific Ocean on July 24. Collins, Armstrong and Aldrin all received the Presidential Medal of Freedom from Richard Nixon. However, Aldrin and Armstrong ended up receiving the majority of the public credit for the historic event, even though Collins was also on the flight.

Collins left NASA in January 1970, and in 1971 he joined the administrative staff of the Smithsonian Institution in Washington, DC. In 1980 he entered the private sector as an aerospace consultant. Collins and his wife, Patricia Finnegan, had three children.

Upon Collins’ death, NASA Administrator Steve Jurczyk said in a statement that the nation had lost a true trailblazer.

“NASA mourns the loss of this accomplished pilot and astronaut, a friend of all who seek to push the limits of human potential,” Jurczyk said. “Whether his work is behind the scenes or in full view, his legacy will always be that of one of the leaders who made America’s first steps into the cosmos. And his spirit will accompany us as we venture to more distant horizons. “