Mechanical Keyboard Switches: Everything You Need to Know 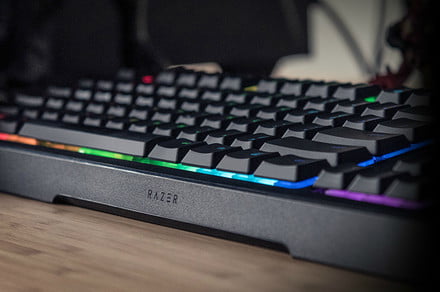 There’s one big question when buying your first mechanical keyboard: What switch should you use? Between more than half a dozen brands, each with different switch models, it can be tough to know what switch is right for you. Worse, each switch has a different feel, catering to different uses and preferences.

When analyzing different switch types, it’s helpful to know what some of the terms and specifications for them actually mean. Here’s a handy list of some ways switches are described to help you better understand what that means for each switch.

Cherry MX switches have a typical shelf life of 50 million actuations, so they should last for several years before you run into any problems, even if you’re a prolific typist. Gamer favorites include the Red, Brown, and Speed switches for their light actuation force. The Speed switches are slightly shallower than the others, too, allowing for a faster actuation.

Typists tend to enjoy the Brown and Blue switches for their tactile feedback, so a lighter touch is possible when typing. Some like the added click sound of the Blues, but it’s not for everyone.

If you care about RGB lighting, buy a Cherry MX board with clear switch housings, as those provide better illumination throughout the entire keycap.

Logitech manufactures keyboards with Cherry MX switches in them, though it has slowly phased these models out for those with Logitech-branded GX switches. These are identical to Cherry switches in almost every way.

However, Logitech also offers a pair of its own switches targeted specifically at gamers. Developed in partnership with prominent Japanese switch maker Omron, the Romer-G switches both feature shallower actuation points than the Cherry MX switches. They also have a set of redundant contacts inside, which extend the switches’ life to 70 million keystrokes.

The two Romer-G switches are virtually identical, with the only difference being that one has tactile feedback and the other doesn’t. They’re both quiet, fast switches that are great for gaming and typing. Both Romer switches employ a hollow center, too, for placement of LEDs for backlighting. These have a much more uniform keycap lighting than other switches, like the Cherry MX alternatives.

There isn’t much of a reason to buy a Logitech keyboard based on the GX switches alone. The Romer-G switches, on the other hand, are unique. If you’re a Cherry user, we recommend finding a Logitech keyboard in stock locally so you can try the switches. They’re great, but they certainly have a unique feel.

Razer is a phenom in the world of gaming gear, and mechanical keyboards are no different. When supply problems with Cherry MX switches hit in the mid-2010s, Razer began manufacturing its own switches, making up the bulk of its keyboard lineup, including the stellar BlackWidow range.

Razer switches offer something a little different from the more traditional switch manufacturers out there. While the Yellow switches and Opto-mechanical are light-touch actuation, the others require a slightly heavier actuation force. Most have tactile feedback, and the Green and Opto-Mechanical options are also clicky, with a distinctive sound when actuation occurs. The Green is effectively a Cherry MX Blue analog, while the Orange is a little closer to the MX Brown.

The Opto-Mechanical switch is quite different. It employs an optical sensor that’s triggered when the key is pressed. It allows for what Razer claims to be the fastest actuation of any switch and even greater durability. Those switches are rated for up to 100 million keystrokes.

Steelseries turned to Kaihua Electronics to design its mechanical switches and has taken them through a couple of generations. What started with the QS1 has now evolved into the QX2, and it’s available in a variety of configurations. All of the switches enjoy the same basic design, but you can opt for different configurations for a choice of tactile and clicky functions.

Some important factors of Steelseries’ switches help them stand out from the pack, like the centrally-located LED, making for much better backlighting coverage throughout the keycap. They also all have a 45g actuation force requirement, making them light and snappy compared to some heavier-handed switches out there.

There are clicky and tactile versions in line with Cherry MX coloring, too. All Steelseries switches are slightly shallower than contemporaries like Cherry MX and Logitec Romer G switches, allowing for slightly lower-profile keyboard designs. They are all rated for 50 million keypresses.

Roccat is a relative newcomer in the custom switch space, but it has already made quite an impact with its single Titan switch design. It makes bold claims and could well be a force to be reckoned with in years to come.

Roccat claims to use higher-than-average-quality components in constructing its Titan switches, allowing for a 20% reduction in keypress detection time, we’re told. It also enjoys a 1.8mm actuation point, meaning it registers even faster than traditional mechanical switches.

There are two versions of the Titan switch: Tactile and linear. They’re mostly identical, though the linear switch comes with a 1.4mm actuation point and lacks the tactile switch’s signature bump.

The Titan also employs a central LED placement and a clear switch housing, allowing for a uniform spread of backlighting for each key.

One of the longest-running mechanical switch manufacturers, Chinese-based Kaihua Electronics has helped many western keyboard manufacturers develop their own switches and has a selection of its own to offer, too. They are often affectionately termed Cherry MX clones because they almost entirely ape the classic Cherry MX design and feature set.

As with Cherry MX, Kaihua offers a selection of clicky, tactile, and linear switches, with a variety of mid-range actuation force ratings. All switches are rated for 50 million keystrokes per key, and they all have the typical 2mm actuation point.

They support the same off-center LED backlighting as switches like Cherry MX, offering almost an identical feature set overall. However, they tend to come in at a lower cost than Cherry switches, so you’ll typically find Kaihua switches in more affordable mechanical keyboards.

Gateron, like Kaihua, makes Cherry clones and has been at it for quite some time. The company started making switches in 2000 and now offers a variety of choices matching Cherry’s offerings. There are a couple of distinctions in actuation force, but generally, Gateron’s lineup matches the Cherry lineup.

This Glorious keyboard comes fitted with Gateron Brown switches, but you can easily switch them out to fit your own taste.

On top of matching the feel, Gateron switches are rated for 50 million keystrokes and have a 2mm actuation point. They come in RGB variants additionally, fit with a clear outside.

For Western markets, you won’t find Gateron switches frequently. They’re mainly targeted at mechanical keyboard enthusiasts and tend to pop up on boards like the Glorious GMMK in a modular fashion. Like Kaihua and other Cherry clones, no particular reason exists to go out and find a board with these switches. Still, if you find a keyboard you like, and it doesn’t have Cherry switches, Gaterons work just fine.