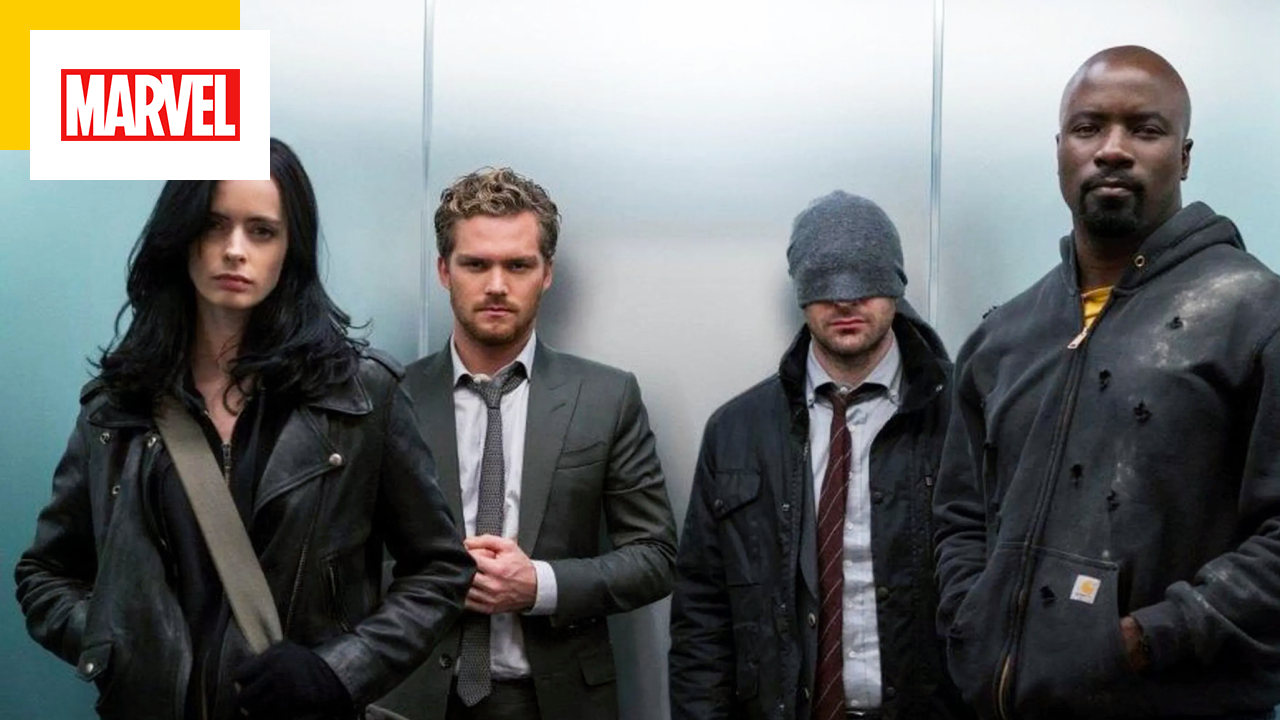 A few months after the United States, the Marvel series produced by Netflix are finally landing on Disney+ in France. Here’s what you need to know about these series, between Daredevil and Jessica Jones, if you haven’t seen them yet.

Since March 1, Marvel series produced by Netflix have left their original home to join the Disney+ platform in the United States and find their place in the MCU with other Marvel films and series. Since then, French fans have been waiting to see the same transfer take place.

It is now done since Disney + France finally welcomes the Marvel series produced by Netflix, namely Daredevil, Jessica Jones, Luke Cage, The Punisher, iron fist and The Defenders. If you haven’t seen them yet, now is a good time to catch up. Especially since some of his characters, like Matt Murdock aka Daredevil (charlie cox) and Wilson Fisk aka Kingpin (Vincent D’Onofrio) have officially been inducted into the MCU, in Spider-Man: No Way Home and in the series Hawkeye.

Here’s what you need to know about these Marvel series – more mature and violent than the majority of Marvel works and which made Netflix’s heyday from 2015 to 2019, which are now an integral part of the Marvel-labeled catalog on Disney+, including Marvel Studios movies and MCU films, Disney+ Original series, animated series, specials, shorts and documentaries.

Blind since childhood, but endowed with incredibly developed senses, Matt Murdock (charlie cox) fights injustice by day as a lawyer with his best friend Foggy Nelson (Elden Henson) and at night in the costume of the superhero Daredevil watching the streets of Hell’s Kitchen, New York, in the midst of reconstruction after the battle of the avengers against the Chitauri.

During his business, Daredevil will notably be confronted with the powerful criminal organization managed by Wilson Fisk, alias Kingpin (Vincent D’Onofrio) or Leland Owsley. Matt Murdock will be able to count on his allies, such as nurse Claire Temple (Rosario Dawson) or Karen Page (Deborah Ann Woll).

Suffering from post-traumatic stress following a terrifying confrontation with Kilgrave (David Tennant), superhero Jessica Jones (Krysten Ritter) turned into a private detective. Haunted by the influence of Kilgrave, she hides in New York in the East Village district where she is content with the sordid affairs of disappearance and adultery while drowning her depression in alcohol.

But a new investigation will resurrect old demons and bring her back to the superheroic world. For her investigations, Jessica Jones can count on the support of Trish Walker (Rachael Taylor), his adoptive sister, but also the lawyer Jeri Hogarth (Carrie Anne Moss) and Malcolm Ducasse (Eka Darville).

Transformed into an overpowered colossus with impenetrable skin after being the guinea pig of a sabotaged experiment, Luke Cage (mike colter) took refuge in Harlem where he juggled between several odd jobs, at Henry Hunter’s hair salon during the day and as a bartender in the Cornell Stokes club at night. But soon, Luke Cage, hero who inspired Nicholas Cage his stage name, will have to come out of the shadows to be a real superhero.

A new gang war is brewing and the African-American hero will have to use his powers to fight crime and protect his neighborhood, a target of racism and police violence but also of political shenanigans. Luke Cage can count on the help of detective Misty Knight (Simone Missick) to fight against the councilor of the town hall Mariah Dillard (Alfred Woodard) involved in dirty business with his cousin, the terrible Cottonmouth (Mahershala Ali), which is none other than Cornell Stoke.

After being missing for 15 years, billionaire Danny Rand (finn jones) is trying to take over the family business in New York. Traumatized by the death of his parents, Danny Rand learned martial arts in K’un-Lun Citadel to overcome his past wounds. Using his knowledge of kung fu and the power of his fist, the young superhero called Iron Fist fights criminals and corruption.

To carry out his mission, he can count on Colleen Wing (Jessica Henwick), a martial arts teacher and Claire Temple (Rosario Dawson), a former night nurse and ally of Daredevil, who has since learned the basics of self-combat.

After their solo adventures, Daredevil, Jessica Jones, Luke Cage and Iron Fist play the Avengers in The Defenders. The superheroes reunite to investigate a mysterious Japanese organization called The Hand that threatens New York. And this group of criminals is led by a certain Alexandra, played by Sigourney Weaver !

The Defenders mixes the universes of the four vigilantes and brings together their many sidekicks, such as Foggy and Karen, Trish and Malcolm, Misty Knight or Colleen. The series also sees the return of Claire Temple and Elektra, embodied by the Frenchie Elodie YungDaredevil’s former love interest.

After exacting revenge on those responsible for the death of his wife and children, Frank Castle (Jon Bernthal) uncovers a conspiracy that goes much further than the criminal underworld of New York. Now known across the city as The Punisher, he must uncover the truth about the injustices that surround him and affect more than just his family.

This former Marine turned vigilante does not skimp on the means to satisfy his thirst for revenge but he must also live with his abuses in Afghanistan on his conscience. Looking for the big heads behind the conspiracies, the Punisher will face the fearsome Billy Russo (Ben Barnes) or the young Lewis Walcott (Daniel Webber), a former soldier turned terrorist bomber.

All Marvel series produced by Netflix are now available on Disney+ in France.