Manipulations on France 2: “I know Maud’s situation from having experienced it myself” … 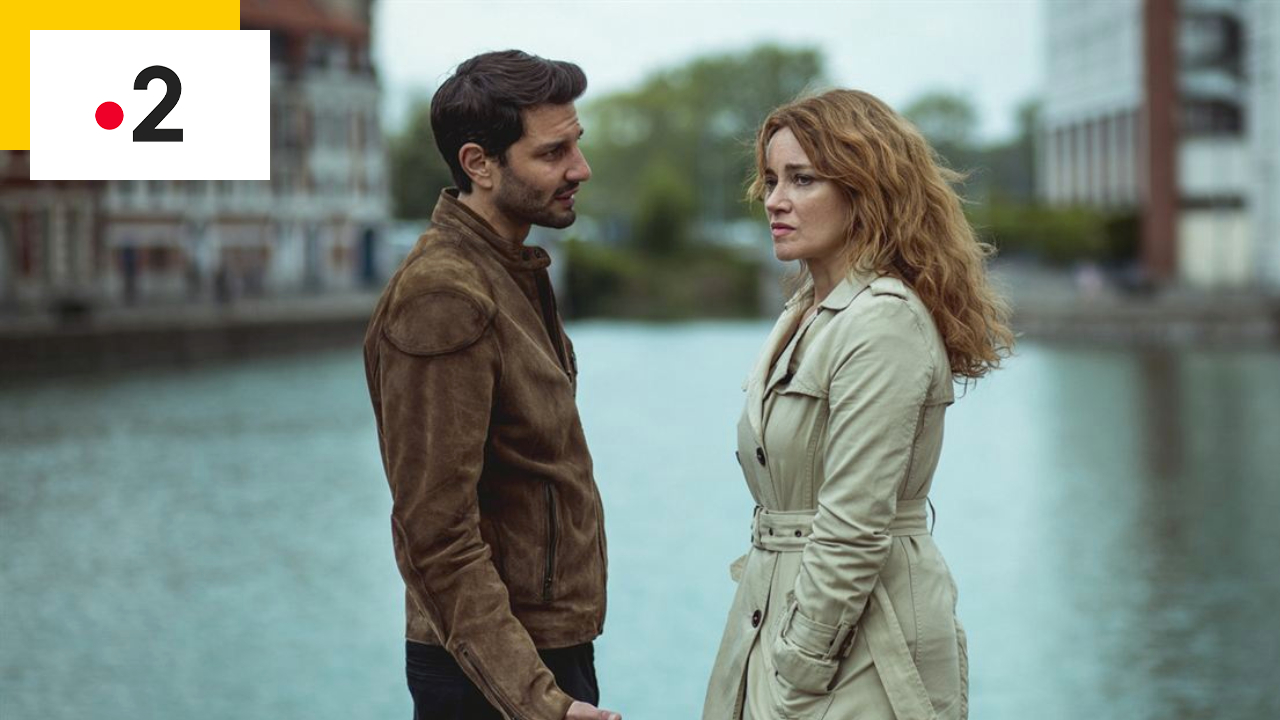 While France 2 is broadcasting the first two episodes of “Manipulations” this evening, the star of “Alice Nevers” and the writers of the series are returning from this thriller denouncing psychological violence and the mechanisms of control within the couple.

In Manipulations, a new series of France 2 broadcast this evening from 9:10 p.m., Maud (Marine Delterme), an accomplished woman on the professional and family level but lonely in her emotional life, meets Mathias (Marc Ruchmann), a man apparently ideal. But very quickly, the latter will turn out to be a narcissistic pervert, and manipulate Maud to isolate her from those close to her …

For Anne Didier, head of fiction at France Télévisions, this social phenomenon is not new, but it is more and more often discussed, and many testimonies of women point in the direction of a toxic relationship to a moment of their life. For the broadcaster, it was important to tackle this subject with a series that had substance while remaining entertaining, “neither creepy nor heavy“.

Initiated by the duo of screenwriters Jeanne Le Guillou and Bruno Dega (Gloria, Inside) and the production company Storia TV, Manipulations is a series led by its characters, both addictive and surprising and playing with the codes of the thriller , with references to films like Liaison Fatale, “all those thrillers of the 1990s where the script was king“she comments.

The theme of emotional manipulation was a subject close to the heart of the two screenwriters, for personal reasons but also following the discovery of a documentary broadcast on France 2 in 2018, Narcissistic perverts, invisible violence.

“What was fascinating was that all the women who testified were of different social origins, different ages, and what they said was the same pattern all the time.“, explains Jeanne Le Guillou.”Often, these are accomplished women who are successful in their professional lives, who are financially independent … and whose entourage cannot imagine for a second that they could be at the mercy of a man.“

On the side of their attackers, profiles of men who are often attractive, charismatic, but who, when you scratch the surface a little, have not completed their lives. “They perceive themselves as kind of losers, and will go vampirize these accomplished women whose flaw they immediately perceived, and they will cling to this flaw to destroy and destabilize them.“

A psychic destruction which always functions according to the same process: the victims are progressively removed from their entourage by their executioners in order to isolate them, and to make them undergo what they want in the shadow of intimacy. “These women have taken years to get out of this grip. Sometimes there is violence on top of that, but one of the women said that sometimes words are stronger than blows“, underlines the screenwriter.

“This series was another way for us to show violence against women, and this kind of gray area around consent that we see today popping up in all the testimonies, including with regard to rape: we do not say no, we let ourselves be … Something still unclear which, I think, will be enacted in the legislation soon.“

For Bruno Dega, it was also important not to show a heroine who could be denigrated by the viewer for her actions, but on the contrary to make sure that the latter could say to himself that he too could have fallen into Mathias’ trap. . “We demonstrate this whole process little by little: how someone intelligent can come to allow themselves to be destroyed by someone.“

The character of Marc places himself as a victim in front of Maud, claiming to suffer from a traumatic illness. “With Marwen, we worked a lot on not playing a bad guy. We should not popularize this type of character and on the contrary, play it very first degree“, adds Marc Ruchmann.”Everything he goes through, all his lies, especially his traumas triggered in his reporting, we had to make the character believable and that we have a little bit of empathy for him.“

For the actor, the fact of working on this type of character invites self-reflection. “We always draw parallels with our daily life; we pay a little more attention to this kind of relationship, to these seemingly innocuous little sentences … Obviously, we ask ourselves a lot of questions, and we are forced to pay attention today to this kind of situation because it can escape us.”

For the two screenwriters, Mathias is an executioner who believes in his own system, like many narcissistic perverts. “They are fully mythomaniacs. They have built an image, a character, and they have to be convinced of it. They are not in front of themselves, they are in a role of the order of survival. As soon as they feel they might be unmasked, they bounce back and find a way out. They deploy crazy energy to stay put.“

From where a certain impression of empty identity, of hollow behind the facade. “I had the impression, at one point, of working on two characters“, recalls Marc Ruchmann.”While going to shoot the scene at the end of the last episode, I told the director that I was going to play the real Mathias, but I had not yet approached him, this character, only the one he is inventing! Suddenly, we had to find the real character, the one he is without his mask.“

Stepping into the rifts

This very insidious process of manipulation experienced by the heroine arises after an idyllic first period of meeting with Mathias, where everything seems perfect. “I call it the glare phase“, quips Marine Delterme.”The person arrives and wants to save you, he declares to be the only one to understand you, to love you … The more dazzling this phase is at the start, the harder it is to get rid of this relationship.“

Jeanne Le Gillou adds: “the person makes himself indispensable. From the moment he’s done that, it’s impossible to dislodge him, if not even impossible to consider that he could harm you.“

A situation that Marine Delterme unfortunately experienced in her life, during a similar relationship. “I know this situation very well having lived it myself, for a very long time; so I know exactly what we’re talking about. I wanted to play this role, not because I had experienced it after all, but because I found the script extremely well written. I received this project as a gift.“

Alongside Marc Ruchmann, whom she describes as “the nicest and most benevolent man in the world”, both were directed with finesse by the director Marwen Adballah, who knew how to put them in confidence from the first dates. of preparation.

“He really accompanied us and took us by the hand, almost like a psychologist, he protected us during the shooting which took place in chronological order, and where each week we went down one more level to hell.“laughs the actress. Each episode raises a crescendo the degree of violence of Mathias, who is matched only by the skill of the methods of destabilization which he employs.

Upon discovering that Maud’s mother suffers from Alzheimer’s disease and that she is afraid of inheriting it, he moves objects from their home behind her back, for example hiding his handbag in a kitchen cupboard. so that she thinks she is losing her mind. “We realize how easy it is to manipulate someone.“

For Jeanne Le Guillou, this also lies in the fact of denigrating the victim’s words, by constantly questioning her and making her feel guilty. “This is to say to the other, as soon as she gets angry or as soon as she has a burst of lucidity: ‘but my poor one, you are completely crazy.’ As soon as she dares to speak, she is described as mad or hysterical.“

But his torturer constantly redeems himself by confusing himself with excuses and promises of change that make Maud doubt her reproaches. “A slap, a caress“summarizes Marine Delterme. Invisible blows necessarily more difficult to detect, including for those around them.

“Often, people who are victims of this type of relationship are constantly in doubt, and cannot identify what they are going through, since their tormentors blow hot and cold. If women watching us are in a relationship like this, the show may help them see their relationship differently.“, concludes the screenwriter.