I think that, in almost all cases, most people at least try to be good neighbors when they can. Sure, some people are jerks just because they can be, but most of us realize that angering people we have to live near for years on end just isn’t good business (among other things).

This person owns wooded acreage and has signs posted that it is private property. That said, they don’t quibble with neighbors who enjoy hiking, playing, or walking their dogs on the land.

I own sixteen acres of woodland behind my House it is very clearly my property as there are signs up stating it is private property.

I’m generally good with people walking through it taking their dog a walk or hiking or even local kids playing there as it’s a safe place and beautiful and so long as they don’t cause any damage or mess with the trees I see no reason to get upset over this.

Recently, though, he spotted a fire through the trees and panicked, only to find a group of young adults camping (and drinking) with a huge bonfire.

An issue came up however tonight when I was on a walk and I saw a fire through the trees I admit I panicked thinking a dog walker had been out and tossed a cigarette or some local teenagers were setting fires for fun.

I rushed out to check on it and try to put out the fire and found one of my neighbours camping with their girlfriend and friends, it was a group of five people in their mid 20s and they had a roaring campfire going.

They were startled by his approach and panic and the conversation quickly turned into a confrontation, with OP asking them to please put out the fire and go home, as they didn’t ask permission to camp on his land.

They got startled by me rushing up to them like that and asked me what the fuck I was doing, I asked them the same question back and told them they couldn’t camp here and they’d not asked permission to do so.

This led to some laughter and protests that they were doing any harm and to “Lighten up” I told them to put the fire out and get off my land, I didn’t want to risk a campfire there as it could easily get out of hand especially when the group manning it were more than a little drunk.

When they refused, he went home and called the police, who removed the group for trespassing.

They ended up refusing stating they weren’t going anywhere and were not doing anything wrong so I went home and called the police to get them off my property, they were made to leave and break up their camp.

He’s wondering if he overreacted, and who better than Reddit to dole out some judgment?

Am I maybe the a$$hole for this?

They probably thought it was ok as i’m good with letting people use my land in general, I maybe could have handled it better but i’d gotten a fright seeing the fire and then how they responded….it just really got to me.

The top comment points out what most of us would say, which is that if they were wanting a favor from OP they certainly didn’t go about it the right way. 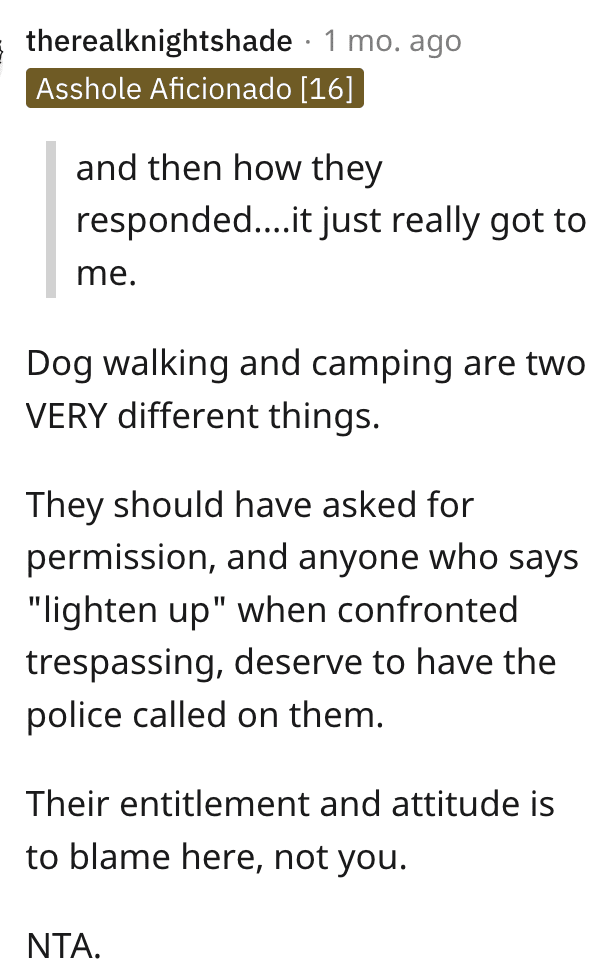 They really left OP no choice when it comes to calling the police. 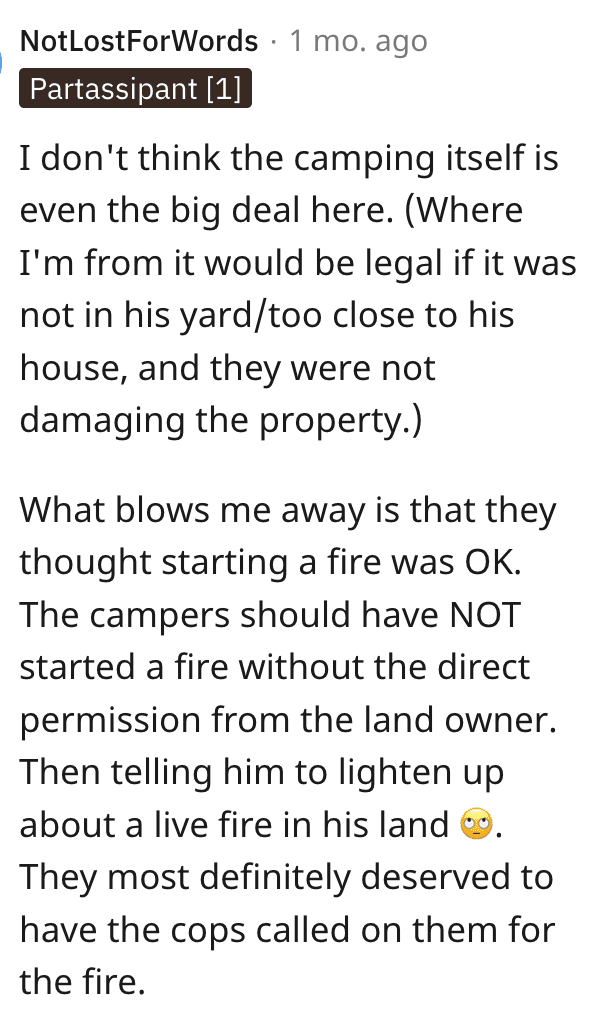 If they can’t understand why the fire would be a big deal then they’re not responsible enough to have one. 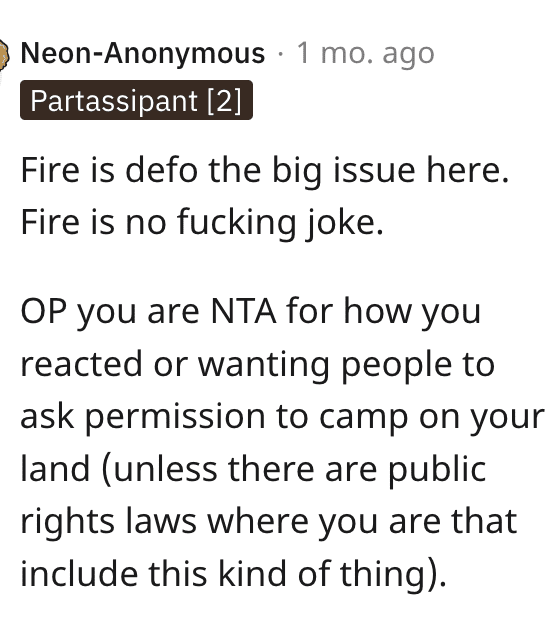 If the group would have been respectful things likely would have turned out differently, though. 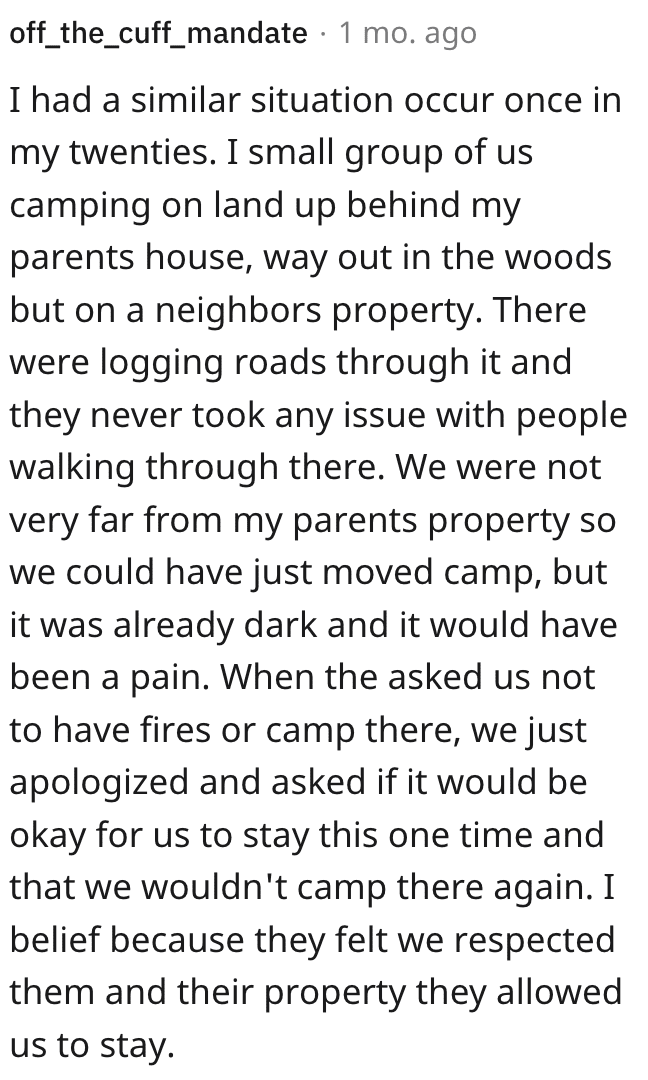 This person thinks OP might have been being too nice altogether. 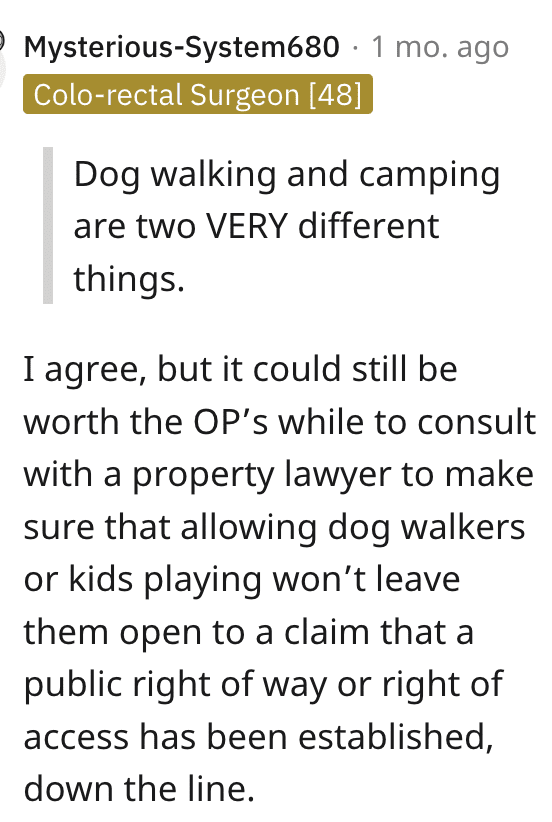 Yes, the people could have assumed it was ok because of the general lax policy, but their reaction to OP’s upset is really what caused the issue.

How would you have handled this as OP? Would you change your tune regarding anyone on your property? Tell us in the comments!