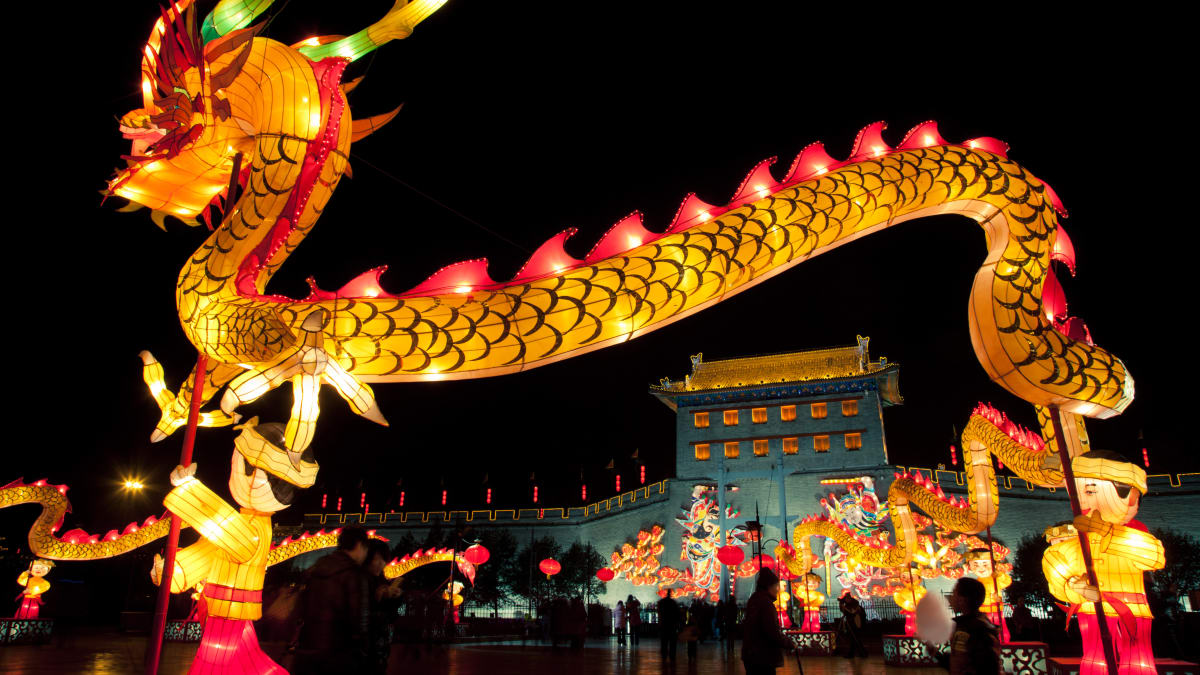 Lunar New Year is one of the most important celebrations of the year among East and Southeast Asian cultures, including Chinese, Vietnamese, and Korean communities, among others. The New Year celebration is usually celebrated for several days, and not just one day as in the New Year of the Gregorian calendar. In 2022, the Lunar New Year begins on February 1.

The Chinese Lunar New Year is known as the Spring Festival or Chūnjie in Mandarin, while Koreans call it Seoul and the Vietnamese call it Tết.

Tied to the lunar calendar, the holiday began as a time of celebration and honoring household and celestial deities, as well as ancestors. The New Year generally begins with the first new moon which occurs between the end of January and extends over the first 15 days of the first month of the lunar calendar, until the arrival of the full moon.

Each year of the lunar calendar is represented by one of the 12 zodiac animals included in the cycle of 12 stations or “signs” along the sun’s apparent path through the cosmos.

The 12 zodiac animals are Rat, Ox, Tiger, Rabbit, Dragon, Snake, Horse, Sheep, Monkey, Rooster, Dog, and Pig. In addition to animals, five elements of earth, water, fire, wood and metal are also charted on the traditional lunar calendar. Each year is associated with an animal that corresponds to an element.

Each culture celebrates the Lunar New Year differently with various foods and traditions that symbolize prosperity, abundance, and togetherness. In preparation for the Lunar New Year, homes are thoroughly cleaned to rid them of harmful spirits that may have accumulated over the old year. Cleansing is also meant to open space for goodwill and good luck.

Some households hold rituals to offer food and paper icons to ancestors. Others display red papers and banners bearing calligraphic messages of good health and fortune in front of and inside homes. The elders distribute envelopes containing money to the children. Glutinous rice foods are commonly eaten, as these foods represent togetherness. Other foods symbolize prosperity, abundance and luck.

The Chinese New Year is believed to date back to the Shang Dynasty in the 14th century BC Under Emperor Wu of Han (140-87 BC), the tradition of performing rituals on the first day of the Chinese calendar year began .

“This festival has ancient roots in China as an agricultural society. It was a time to celebrate the harvest, worship the gods and ask for good harvests for the times to come,” says Yong Chen, a scholar of Asian American studies.

From 1949, during the reign of Chinese Communist Party leader Mao Zedong, the government banned the celebration of the traditional Chinese New Year and followed the Gregorian calendar.

But by the end of the 20th century, Chinese leaders were more willing to accept the tradition. In 1996, China instituted a week-long holiday – now officially called the Spring Festival – giving people the chance to go home and celebrate the New Year.

Did you know? San Francisco, California says its Chinese New Year parade is the biggest celebration of its kind outside of Asia. The town has hosted a Chinese New Year celebration since the Gold Rush era of the 1860s, a period of large-scale Chinese immigration to the region.

Today, the holidays encourage long-distance travel as hundreds of millions of people take to the roads or take public transport to return home with their families.

In Chinese cultures, fish is usually included as the last course of a New Year’s meal to bring good luck. In Chinese, the pronunciation of “fish” is the same as that of the word “surplus” or “abundance”. Chinese New Year meals also include foods like glutinous rice dumpling soup, moon-shaped rice cakes (New Year’s cake), and dumplings (Jiǎozi in Mandarin). Sometimes a clean coin is slipped into a dumpling for good luck.

The celebration ends with the Lantern Festival, celebrated on the last day of the New Year festivities. Parades, dancing, games and fireworks mark the end of the celebration.

During Vietnamese celebrations of the holiday, houses are decorated with kumquats and flowers such as peach blossoms, chrysanthemums, orchids and red gladioli. As in China, travel is intense during the holidays as family members gather to mark the new year.

Families feast on platters of five fruits to honor their ancestors. Tết celebrations may also include bánh chưng, a rice cake made with mung beans, pork and other ingredients wrapped in bamboo leaves. snacks called mứt tết are commonly offered to customers. These sweet bites are made from dried fruits or roasted seeds mixed with sugar.

In Korea, official Lunar New Year celebrations were suspended from 1910 to 1945. It was during this time that the Empire of Japan annexed Korea and ruled it as a colony until the end of the Second World War. Seollal celebrations were officially revived in 1989, although many families had already started observing the lunar holiday. North Korea began celebrating the Lunar New Year according to the lunar calendar in 2003. Previously, the New Year was only officially observed on January 1. North Koreans are also encouraged to visit the statues of founder Kim Il Sung and his son Kim Jong Il during the holidays and make an offering of flowers.

Among North Koreans and South Koreans, foods like sliced ​​rice cake soup (tteokguk) and a dish made from five different grains are prepared to mark the Lunar New Year holiday. Rather than giving money in red envelopes, as in China and Vietnam, elders give New Year’s money in white, patterned envelopes.

Traditionally, families across Korea gather at the home of their eldest relative to pay respects to ancestors and elders. Travel is less common in North Korea, and families tend to mark vacations at home.

“Everything you need to know about Vietnamese Tết”, Vietnam Insider, December 3, 2020.

“The Lunar New Year: Rituals and Legends”, Asia for Educators.