LG Electronics just never seems to take a breather. In November 2021, the company took wraps off the PF610P projector and has now unveiled another CineBeam 4K ultra-short-throw (UST) projector dubbed HU915QE. With HU915QE unveiled, the company  might just be the frontrunner in the never-ending saga of being the greatest tech giants.

The 4K ultra-short-throw boasts an array of functionalities. From its tight throw ratio and a triple-laser light source to high brightness and a built-in sound system, LG flagship UST is here to challenge the projector makers who have been claiming to be the tech goliath for years.

Now, there are two big points involved with the LG CineBeam HU915QE. The first one is the LG flagship UST projector casing is made of 45 percent of recycled wool. The casing is designed by the famous Danish textile company, Kvadrat and comes in the natural color of wool that blends with any interior. Given that, it certainly adds an aesthetic and eco-friendly charm to your home.

Another highlight is the projector being capable of creating a 100-inch image just four inches from a wall. Through the use of a laser light source, the projector delivers 3,700 ANSI lumens and a 2,000,000:1 (0.19) contrast ratio, thus making the projector boast a lamp life of up to 20,000 hours and crystal-clear 4K resolution. Intriguing, right?

In addition, the projector acts as a smart TV and is powered by the LG webOS software. This allows you to stream Netflix, Amazon Prime, YouTube, and so on. It also supports a pair of USB 2.0 jacks for additional content sourcing options. The projector has an integrated 40W 2.2 channel speaker, or a trio of HDMI eARC ports to make the most of your home theater sound setup.

LG confirms that CineBeam HU915QE will be available in the first half of 2022 in some parts of Europe, North America, and Asian markets. However, we are not familiar with the exact pricing but estimate it to be around $6,000. 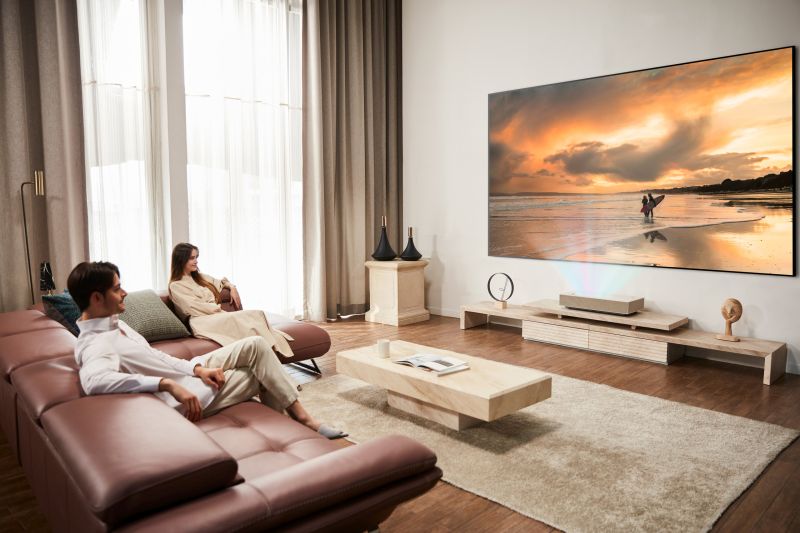 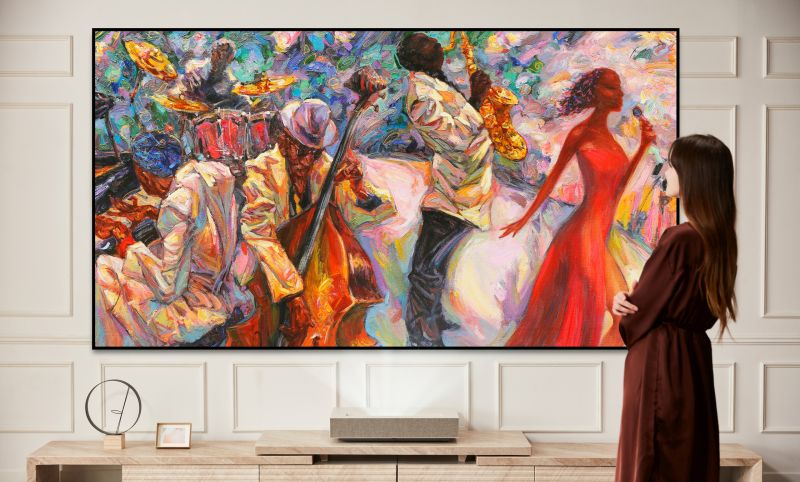