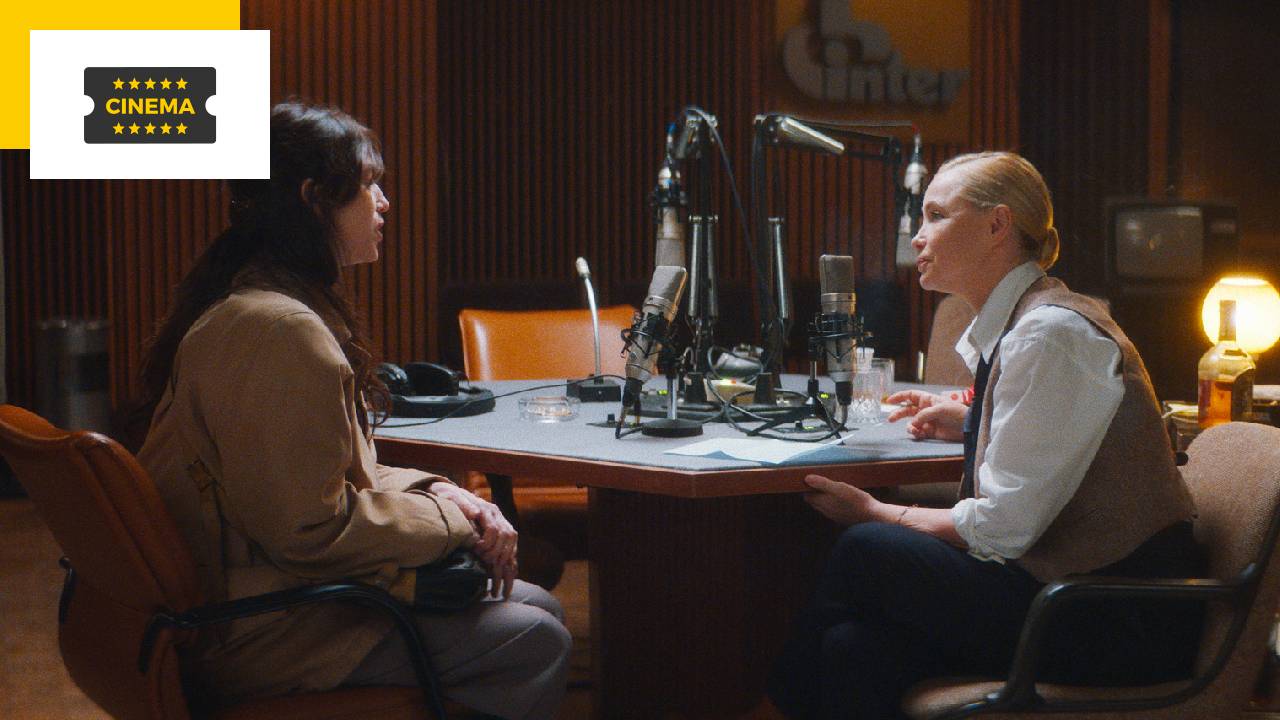 Beyond its romantic plot, Les Passagers de la nuit is also a form of homage to night radio. The character portrayed by Emmanuelle Béart is reminiscent of the host Macha Béranger. However, it is another program that inspired the film.

Partially shot in the Maison de la radio district in Paris, and partly within the premises of Radio France, the film Passengers of the night offers a dive into the world of radio, and in particular the special world of night radio, as a tribute to these free-to-air broadcasts that have marked several generations. Among the memorable figures of night radio, we think of Macha Béranger, who with his program “Allô Macha” on France Inter accompanied thousands of “sleepless”.

“Macha Béranger, it has to come to mind, it’s really the most famous voice of the night“, entrusts Mikhaël Hers at our microphone. “There were plenty of programs like that, testimonials, free air. Paradoxically, I didn’t particularly listen to Macha Béranger’s, but it comes from lots of places. More than a particular show, it’s an era above all, these slightly different shows (of those we can hear today).”

It is, to tell the truth, another radio program from France Inter, rather unknown today which mainly inspired the screenwriter and director of Passages de la nuit. Mikhaël Hers confides was based on “Things of the night” by Jean-Charles Aschero. “This program lasted a good part of the night and included a sequence entitled What is your first name? A person would indulge in it on his life by promising to tell the truth. The only thing she could lie about was her first name. And the host didn’t see her, she was in the studio but hidden behind a screen. There are some excerpts on Youtube, where we find this banter, this musicality, this tone, this way of talking about the time that inspired me for the writing of the young marginalized that is Talulah.”

And to add:These voices of the night contained a mystery, they were a bridge between people, an evocative and impalpable link… For people of my generation, these voices counted and I wanted them to color the film. I like this imaginary of someone who gives himself up, with a voice in the night that we can’t see. These kinds of programs exist much less today, and already at the time, they began to lose their importance. As Vanda said to Elisabeth: The radio no longer has the monopoly of the night. “”

To interpret the host of this program, Mikhaël Hers called on Emmanuelle Beartwho was, according to him, the actress” ideal“, also for his “incredible voice”. “I imagined him perfectly as a character that we feel a little broken, with this crack…” he adds.

A mysterious character, especially since he disappears quite quickly, leaving the viewer a little unsatisfied, while thus accentuating the enigmatic part of this night entertainer. Asked about this character of Vanda, Mikhaël Hers explains that he has indeed “evolved a lot“.”She always disappeared like this in the script, but it’s true that it’s a script that has evolved a lot. Initially, it is a character who had much more space“.”We learned a lot more about his flaws, about his personal life“, he continues. “Even if we removed all that, it continues to inhabit the film. He remains a character who is also nourished by his gaps that we did not film. He is a character who we imagine has a lot of cracks, a life can be a bit complicated.”

The Passengers of the Night, with Charlotte Gainsbourg and Emmanuelle Béart, was released in cinemas this Wednesday.

The pitch: Paris, 80s. Elisabeth has just been left by her husband and has to take care of the daily life of her two teenagers, Matthias and Judith. She finds a job in a night radio show, where she meets Talulah, an idle young girl whom she takes under her wing. Talulah discovers the warmth of a home and Matthias the possibility of a first love, while Elisabeth invents her path, perhaps for the first time. All love each other, struggle… their life started again?