Les Invisibles on France 2: “I wanted Marie-Jo to be very close to people” according to … 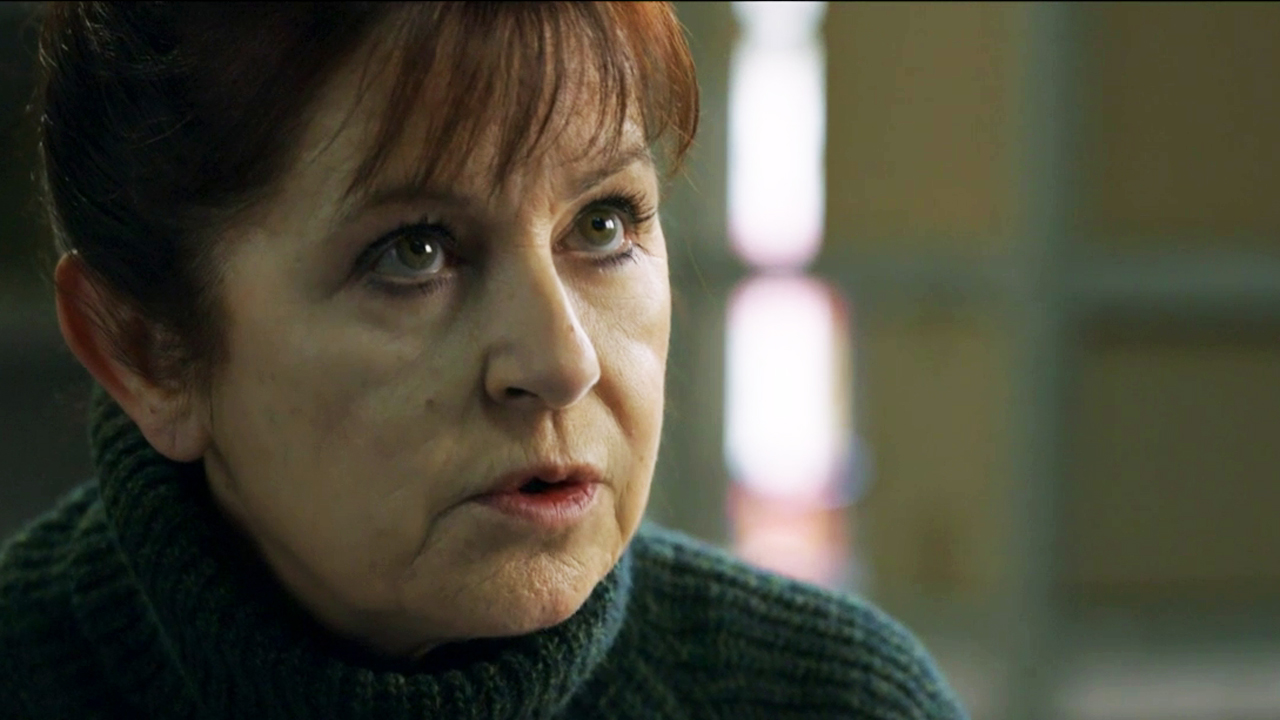 While France 2 is broadcasting tonight two new unseen from the detective series, Nathalie Cerda (“PJ”, “Irresponsable”) tells us more about her character: that of Marie-Joëlle, known as “Marie-Jo”, investigator grumbles to the big heart.

Among the creators of Les Invisibles, we find Olivier Norek, writer of thrillers who worked in particular on Engrenages. Did you know his work as an author before joining the cast of Les Invisibles?

Nathalie Cerda: No, but it made me want to. I read all of Norek! I loved his trilogy around Captain Coste. In addition, he knows what he is talking about because he was for a long time lieutenant in the SRPJ of Seine Saint-Denis, so it is almost real life: the approach to the field, the proximity to people, and his style of writing especially! These are not just various facts tackled like that, there are real stories behind. I can’t wait for him to write another one!

Precisely, in the series, the surveys are imbued with social realism: some will deal with the class struggle, precariousness …

Yes because the invisible ones can be anyone, whatever the social class, whatever the culture, we can all find ourselves in this situation one day – well, I do not wish it on anyone! (laughs) But it can happen that someone is not claimed after a weird disappearance like this. They have at heart, perhaps also through their background and their experience, to take an interest in these cases.

There is also this time requirement to which the team of Darius (Guillaume Cramoisan) is subjected: a period of seven days to identify a victim before she is sent to the mass grave. Is this the case in reality?

I did not inquire about it, but I think it is the truth. They usually have seven days when the victims are anonymous, otherwise, these people are buried without a name, with nothing … It creates an emergency which is interesting for the series.

In your opinion, what sets Les Invisibles apart from other French detective series?

Precisely, this sense of urgency appealed to me. And also the fact that they are not heroes, they are almost anti-heroes, our characters. What I liked also was the construction of the scenario. At the start, we do not know who will be the victim, who will be the murderer, nor the logical sequence that will link the two … And of course the relationship between the four investigators.

Marie-Jo, your character, has a lot of roughness. What do you like more about her?

She’s a woman who has faced life, which is old school. It is also that of Darius: they sometimes take side roads to get what they want, which is not always legal … But what interested me especially in the character of Marie-Jo, it is that it is Madame Tout-le-monde.

She has the character she has, because life has tried her a little, and because you don’t feel sorry for yourself in these cases, you move forward by helping to resolve the misfortunes of others. She has a hard time showing her feelings and protects herself a lot.

Precisely, in relation to the relations within the group, Marie-Jo has great difficulty in containing her animosity towards Duchess (Deborah Krey), the youngest recruit of the group. We feel that she is a little resistant because of her social background, or because her rise in the police force was easier for her …

Yes that’s it. Marie-Jo, as I said, comes from the day before school, where you had to climb the ladder one after the other to become a major, she may not have done the studies that the Duchess was able to do, she arrived where it is by force of arms.

She is a little jealous of the fact that Duchess arrived there having studied law, a year in police school and she is propelled lieutenant when she has no experience of the field at all. Marie-Jo has animosity towards her, and at the same time she blames herself for being like that, because Duchesse is brilliant and she sees clearly that she is useful to the group even if she has a lot of trouble. ‘admit.

It makes her very touching; I’m thinking in particular of a scene from episode 2 where she goes to a tattoo artist with Ben (Quentin Faure) …

Yes, she has a little rock‘n’roll side (laughs), and then she lets herself be fooled by Ben. I imagined that Ben was kind of like the son she lost. He is about the same age, he has a rebellious and go-getter side but in reality he is a teddy bear with a tender heart … She has a lot of affection for him.

I wanted Marie-Jo’s character to be very close to people. I never liked James BondI: untouchable, attractive, intelligent, who succeeds in everything he does … I don’t like heroes very much. I like people who do heroic things that you don’t see, who get lost in the crowd, “nibbled on like any fruit” as Jacques Brel would say. Marie-Jo tries, on her own scale, to repair what is broken, to put the pieces back together.

She reminds me a little of antiheroines from British detective series, like Sarah Lancashire in Happy Valley for example. Investigators who have been a little damaged by life, are anchored in reality.

Yes that’s it ! I’ve read a lot of Patricia Cornwell’s books, because when you love thrillers, you always read a bit of Patricia Cornwell. (laughs) It is a brilliant novelist who was part of the FBI, she was in Quantico, and everything she says is very close to the truth.

For Marie-Jo, I was inspired a bit by a character from her Kay Scarpetta series, who is called Marino and who is her partner. He looks pretty bad, he’s super old-fashioned, rude all the time, he drinks a lot and smokes like a firefighter, but he’s ultra-perceptive and quite touching, in the end. Like her, they are people who have a bottle, who know what they are talking about.

If success is there and the series is renewed for a second season, would you like to continue the adventure?

Oh yes, the four of us would love to meet again because we get along really well. We had a lot of fun, and the fact that everyone was a bit confined meant that the four of us often met to work, less in restaurants and in bars to drink! (laughs) We didn’t know each other and we got along wonderfully. So we can’t wait to get back on track, even if the pace is quite sustained! Especially since it’s a whole new series, so you really had to be in it.

But the city of Lille and its surroundings, where we were filming, it’s so magnificent! There is a particular atmosphere, conducive to thriller, with that kind of heavy leaden sky, with these red brick buildings … The shooting conditions were a bit difficult at times due to the torrential rains, but it is a very beautiful area.

Do you have any ongoing projects after Les Invisibles?

I do a lot in the theater, and before all this calamity happened, I was playing a play by Fabio Marin with Catherine Arditi, which is called One step after another, and that we will certainly resume soon.