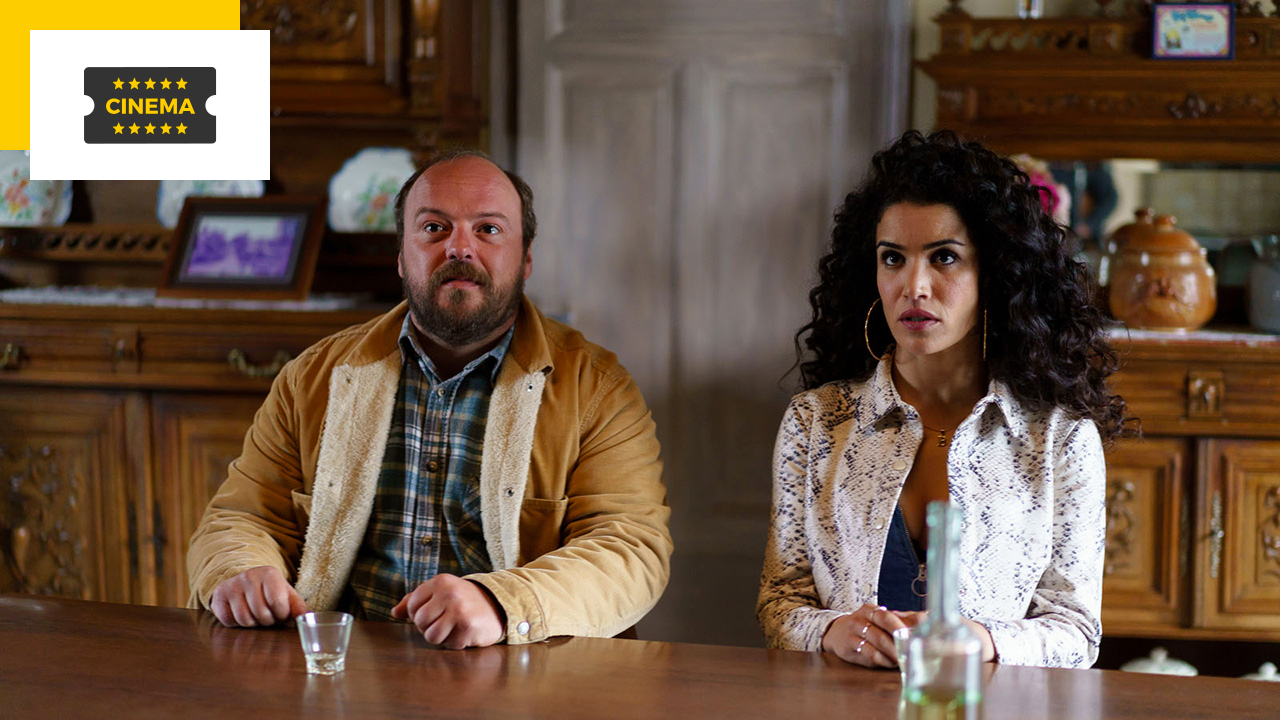 In theaters on May 11, Les Folies fermières is a rural comedy carried by Alban Ivanov and Sabrina Ouazani. Is this wacky country cabaret story taken from a true story? We have the answer!

Alban Ivanov and Sabrina Ouazani dynamite life on the farm! In Farm Foliesstaged by Jean-Pierre Ameriswe follow the character of David, a young peasant from Cantal.

The latter has just had a crazy idea: to save his farm from bankruptcy, he is going to set up a cabaret on the farm.

The show will be on stage and on the plate, with good local products. He is sure, it can only work! His relatives, his mother and especially his grandfather, are more skeptical.

BASED ON REAL FACTS ?

As incredible as it may seem, Les Folies fermières is indeed based on a true story! Filmmaker Jean-Pierre Améris discovered this crazy story in January 2018.

Comfortably installed on his sofa, the director watches the regional news of France 3. He then comes across a report devoted to David Caumette, a farmer.

“His story resonated in me like an evidence: I was going to make a film of it. Three weeks later, my producer, Sophie Reviland I were going to the Tarn to meet David”confided Jean-Pierre Améris in the press kit for the film.

The director was very touched by David Caumette and his way of responding to the difficult situation in which his farm found itself. Indeed, the latter had the fanciful idea of ​​​​creating a cabaret.

“He has a fixed idea, a lot of obstacles to overcome and does not budge. He was a real movie character; a stubborn as I adore them. moved”says the director.

“By dint of facing storms, he confided to me that he had seriously thought one day of ending his life. You should know that, because of the difficulties they go through, the isolation and fatigue, a farmer french commits suicide every daydeplores the filmmaker.

Originally, David Caumette started from the following observation: since 2010, twenty-seven farms disappear every day in France, one third of which are breeding. More than 350 farmers commit suicide every year, almost one farmer every day.

“This harsh reality has not spared us in my town of Garrigues in the Tarn. In the 1950s, more than half of its two hundred and fifty inhabitants lived in agricultural trades. Today, the town still counts so many citizens but there are only about ten farmers left”he explains.

“I am the ONLY and LAST breeder in the village. In 2007, the family farm being the only one to still resist, I made the choice to resign from my position as director of operations in an agricultural high school, to take over this one and last breeding before it in turn disappears”he continues.

This completely crazy challenge surprised many people around David Caumette. His family opposed his settling as a young farmer; the elders of the commune called him the village fool.

“Agricultural organizations did not believe in my success at all. Convinced that “Follies are the only things you never regret”, I then thought that the more crazy there were in my project, the more we would have chances of saving this farm and thus demonstrating through action that if we let farmers diversify and innovate in France, we could then save them and their farms.”he concludes.