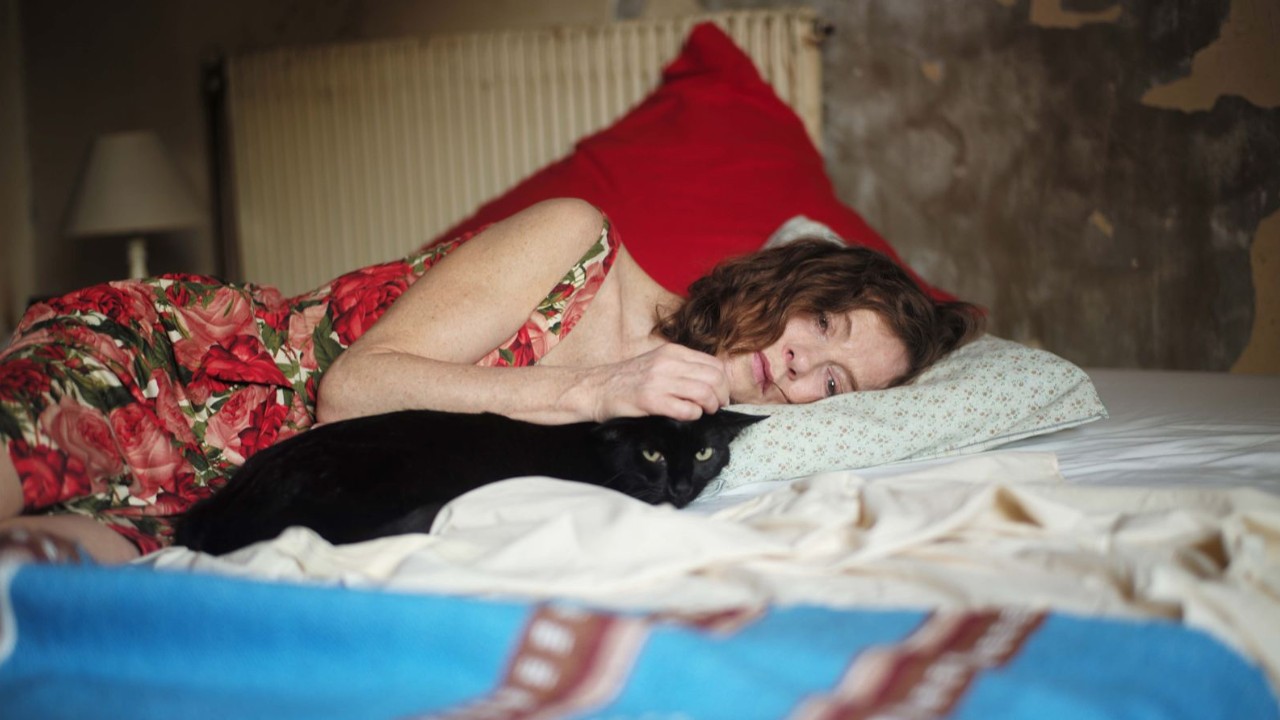 This evening, Arte is showing Mia Hansen-Love’s fifth feature film, “L’Avenir”, with Isabelle Huppert and Roman Kolinka. Is the film inspired by the life of the filmmaker? Elements of answer with an excerpt from our interview with Mia Hansen-Love.

The story of L’Avenir, broadcast this evening on Arte: Nathalie is a professor of philosophy in a Parisian high school. Passionate about her work, she loves above all to transmit her taste for thought. Married, two children, she shares her life with her family, her former students and her very possessive mother. One day, her husband announces to her that he is going to live with another woman. Confronted with a new freedom, she will reinvent her life.

AlloCiné: To what extent your personal experience has nourished the writing of this project. Is it partly autobiographical?

Mia Hansen-Love, director and screenwriter: Autobiography is not the word I would use; by definition, it is the writing of one’s own life and that is not exactly the case here. But like all my films, it is inspired by experiences I have had, people I have met, people who are close to me, who are important to me. The film feeds on my childhood, my adolescence. All of my films do it in one way or another, perhaps more frontally in L’Avenir. Indeed, my parents were both philosophy teachers, which is the case with the two protagonists of the film. At the same time, from the moment I think of Isabelle Huppert for the film, the character acquires a certain autonomy in relation to where he started from.

Philosophy is at the center of the film, what place does it hold in your life? Is making cinema synonymous with the quest for truth for you?

Philosophy was very important to me, not so much in the texts themselves because I have no training in philosophy even if I did a little as part of my studies. I am more than an amateur in the matter so I will not claim any knowledge whatsoever in philosophy. On the other hand, it nourished me as a questioning, relation to the world; it is more the universe of philosophy, its teaching, which was the universe of my childhood, of my adolescence. I grew up in an apartment that was filled with philosophy books. What lined the walls were mainly the works of Nietzsche, Kant, many books in German because my father is German-speaking.

Philosophy has therefore been there throughout my childhood and adolescence in a form of presence that I have always considered benevolent. For me, the book environment has never been hostile but something that I have always associated with a kind of warmth. Beyond this presence, there was also philosophy in the discussions, as a relation to ideas and also as a teaching. When I write scenes in the film where the characters evoke books of philosophers and talk about ideas, I don’t have to force myself at all or go very far, it’s something that comes quite naturally. , it’s part of my world.

You admire the cinema of Eric Rohmer, do you think you have succeeded in knitting your Rohmerian character par excellence with Isabelle Huppert and all this quest for meaning, relearning to apprehend a new freedom etc …

I really admire the cinema of Rohmer who is a filmmaker who is very important to me, who accompanies me. In the intimate relationship I have with cinema, Rohmer is the one who helps me the most, who brings me the most. Seeing his films is what can stimulate my imagination the most. However, I do not try to imitate him at all, only Rohmer is Rohmer in the end. I could also say from other films that they are Rohmerian; what I mean is good if people can see a continuity or a dialogue between his films and mine. After that, it’s something that is beyond me and I think that we should not try to imitate great filmmakers like that, if there is something to imitate, it must be their freedom, their independence; we must not try to resemble them.

The point is that his language, the rhythm of his films, their stakes and indeed, his female heroines, marked me a lot and it is possible that that had an influence on the writing of this film. When I wrote L’Avenir, I thought of 2 Rohmer films in particular, not as models, but I found that there could be some kind of parallel that I did not decide. These are the Green Ray and My Night at Maud’s. The latter for philosophy and Le Rayon vert for the summer crossing by a lonely heroine.

Interview by Vincent Formica in Paris on March 17, 2016 (read the full original interview)