Ladies, How Would You Handle Your Husband Policing What Products You Could Use On Your Cycle?

This OP has been with her husband for three years, but never realized a product as seemingly innocuous as a tampon would be an issue until recently.

She’d always used pads because of person reasons, but lately has wanted to switch to tampons for convenience.

So here’s a thing, I used to use pads for my periods but recently was able to start using tampons (I have medical problems) in comparison, Tampons work 10x better for me, especially when I’m outside…say like at work or traveling.

Her husband, for an undisclosed reason, is uncomfortable with her using them – to which she says “tough luck.”

My husband Ryan hates them, he never truly gave a reason other than just say…he doesn’t feel comfortable with me using them . I didn’t think it was a big deal at first since he said he hates a lot of stuff that I do but “puts up” with it anyway except for this.

He asked that I go back to using pads but I made it clear since it’s my body then I get to decide.

He responded by throwing her boxes of tampons away and telling her that she should have respected his opinions on the matter when she got upset about it.

He threw away some tampons he had access to, and I was getting upset but*!!!!* to keep the peace, I just bought a box and hid it away from him. he somehow found it and threw it away. I didn’t find that out til I had my period yesterday and realized I had no tampons to use.

I was tired, and too stressed I just yelled at him after he admitted to throwing away the whole box. He argued that I already knew how he felt about this stuff and yet I decided to still keep it around.

I lost it and told him he had no right to do this and told him to get over himself already. He stared at me almost about to tear up or something, then walked out.

He later went on about how we, as a couple should take each other’s discomfort into consideration and said he already tried to speak to me about those tampons yet I brushed him off and insulted him and verbally abused him.

During their argument he got very upset and accused her of not respecting his feelings.

She’s wondering if he might have a point, or if maybe she should have handled things better.

He also said that if I still insist on using them then I should do it while I’m outside the house but I said that it won’t happen. I feel bad for how it played out but I was just at my wet’s end and in so much pain I lashed out.

Did I go too far here? Does he have a valid point or not?

Reddit’s got opinions, so let’s hear them!

The top comment asks the question on all of our minds, which is…wtaf? 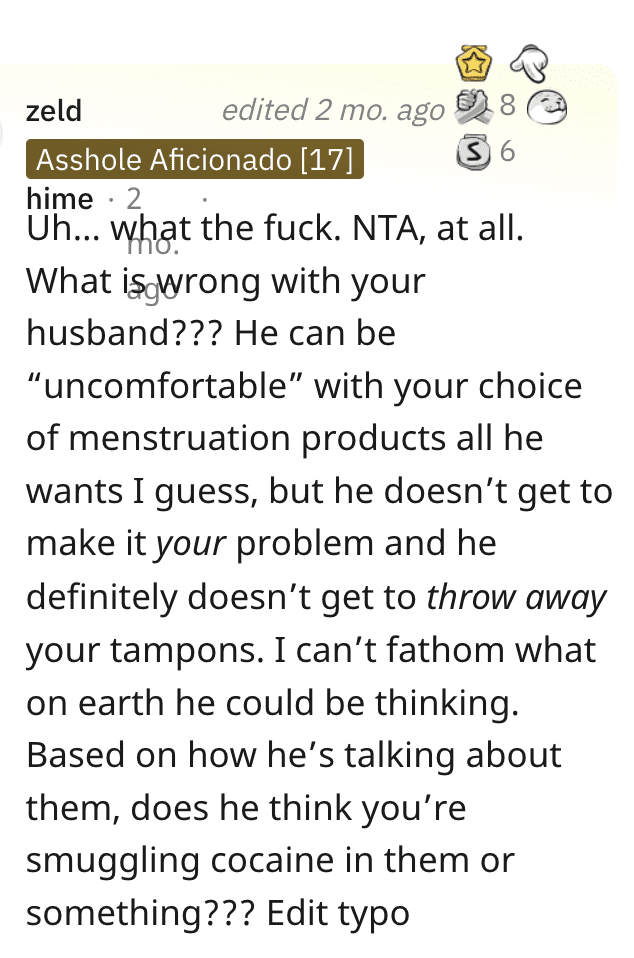 This was my first thought as well, which…I can’t believe this is a thing. 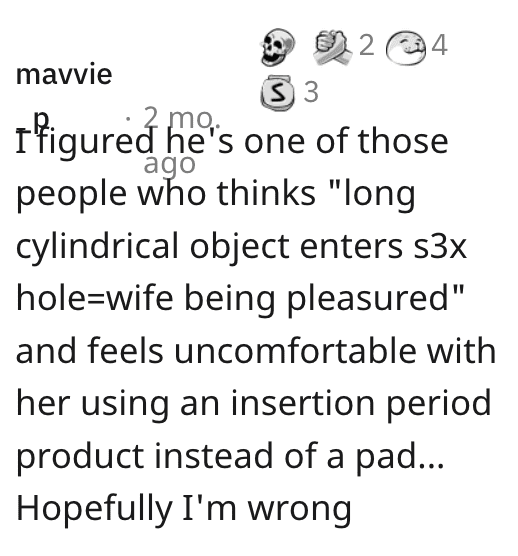 No matter the reason behind it, it’s not normal. 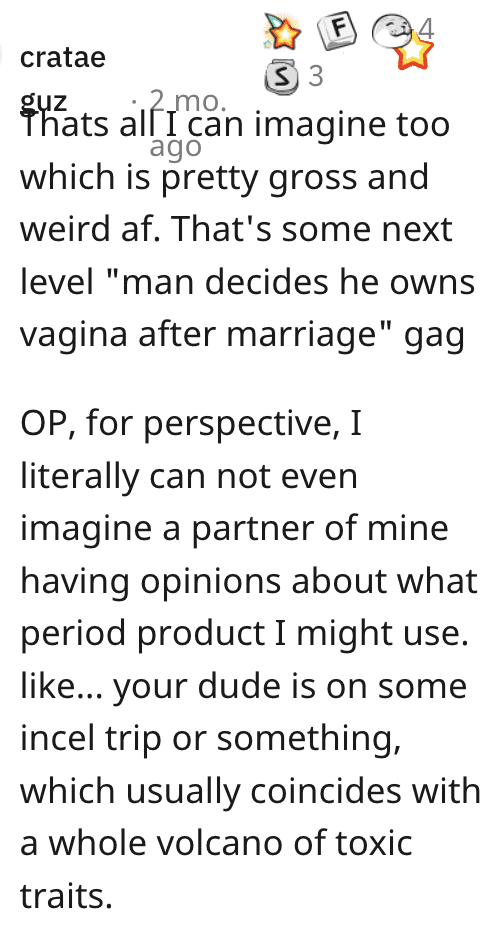 A reason, maybe, but not an acceptable one when it comes to attempting to control your wife’s bodily choices.

There are just so many reasons OP is NTA. 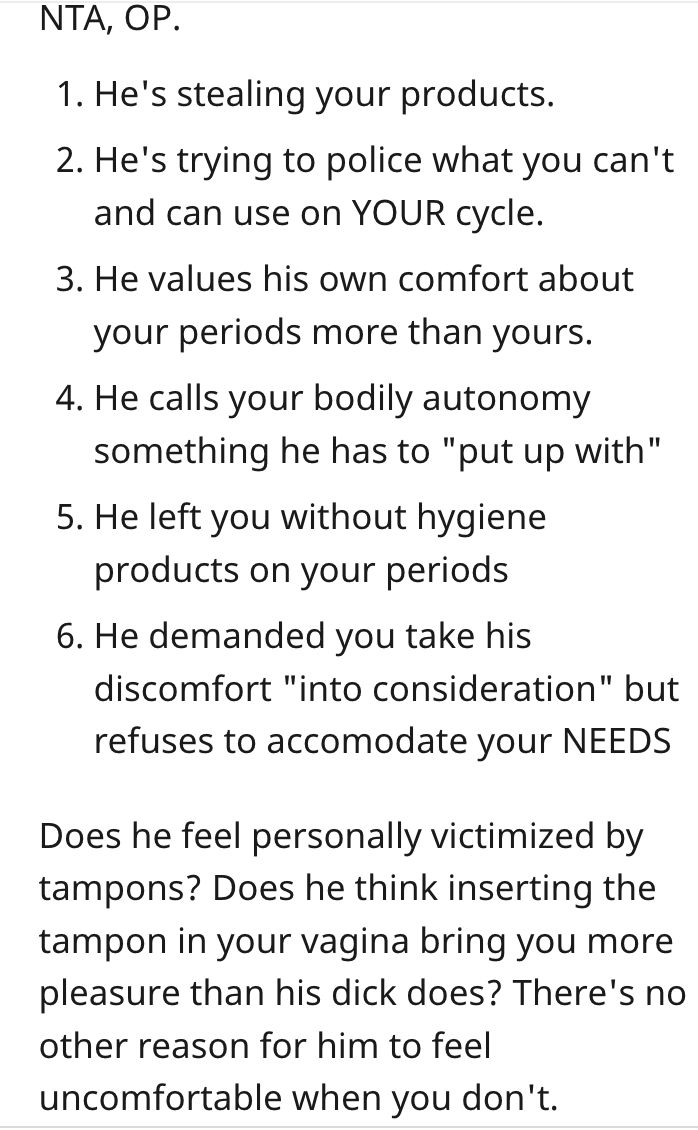 Y’all, I think I would have laughed in his face, bought more tampons, and asked him if this issue was more important to him than staying married.

How would you have handled this? Let us know in the comments!