Is This Woman Wrong for Dropping Her Sister’s Kids at Daycare and Making Her Pay for It? People Responded.

I have a question for you and this is totally legit: are you supposed to pay for OTHER PEOPLES’ KIDS if you drop them off at daycare?

Check out this story from Reddit’s “Am I the A**hole?” page and see if you think this woman did the wrong thing.

“My (19F) sister (25F) asked me to babysit for her (kids are 4&6) so she could go a friend’s party. I told her I can’t do that day, I had an exam so I had to be at college. (I can follow some classes online, and have occasionally babysat while listening to lectures).

The day for which she needed a babysitter came. I answered the door in the morning and the freaking kids were on my doorstep and my sister was driving off. She just left them with me after I said I couldn’t stay home that day!

I called a friend that owns a small daycare, she told me I could drop them off there. Thank god. I gave her my sisters contact info to her and told me to keep me updated, and I texted my sister about what happened and gave her the address and the phone number.

I picked the kids up from daycare since my sister wasn’t answering her phone, and fed them. She picked them up at 9ish pm and was absolutely livid that I left them with a stranger, that it was irresponsible, that something could have happened, etc.

I told her that she knew I couldn’t babysit that day, and that she could have picked them up if she wasn’t comfortable with that since I texted the address. She told me I should have just skipped the exam to retake it later.

I thought this was a reasonable thing to do, when someone leaves kids on your doorstep without warning and you can’t take care of them, but my parents are on her side. My mom told me my sister already has so much on her plate, and that I should help out when I can. I guess babysitting at least one day a week for free isn’t good enough. 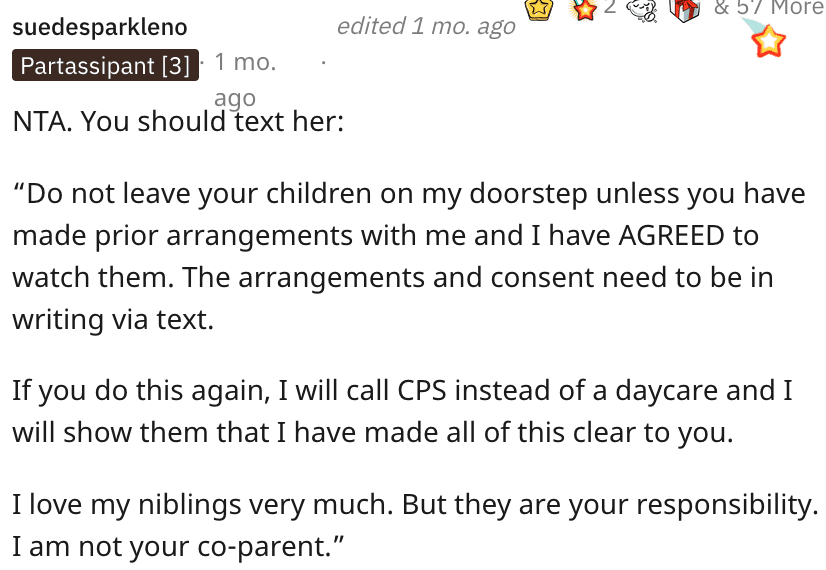 And this person said that the sister has a lot of nerve. 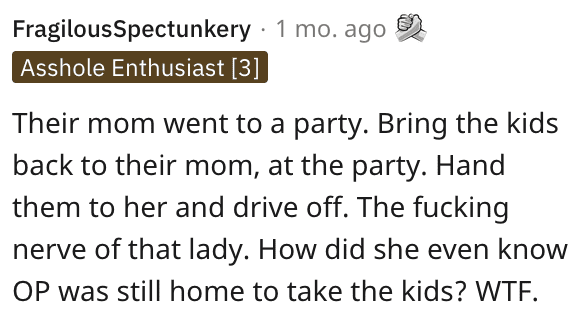 Another individual said they see a lot of these AITA posts and that they can’t believe how entitled some people can be. 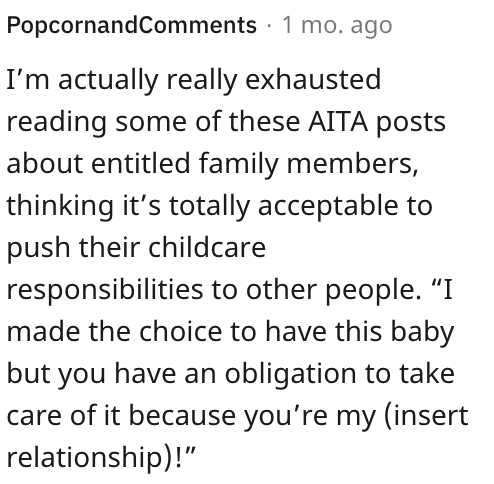