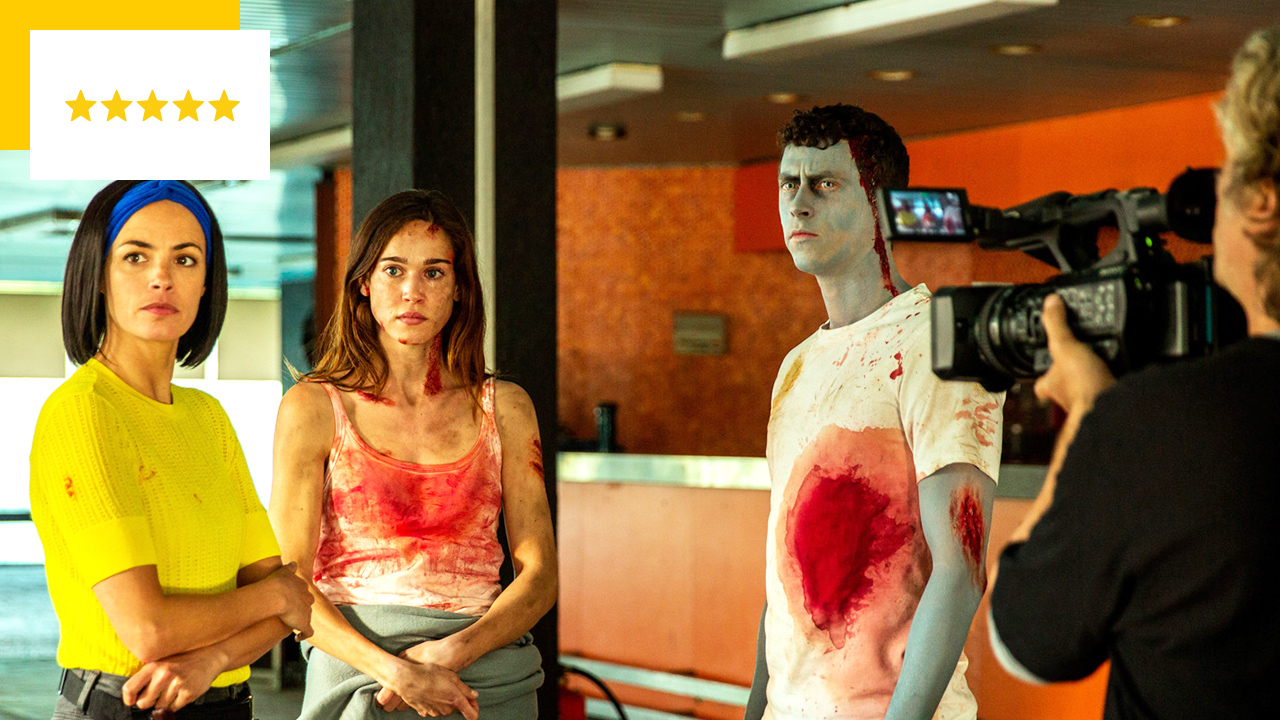 “It’s called grace. Desplechin masters his subject from A to Z. Images are his natural language. He is not afraid of words either. He is a complete athlete of cinema. We thought that he was Truffaut’s heir. He is becoming our Bergman.” By Eric Neuhoff (Le Figaro)

“One year later Deception, Arnaud Desplechin returns to familiar terrain and the decor of Roubaix. Between melodrama and western, the filmmaker sheds light on a well of buried feelings. A story of unexplained hatred, “Brother and Sister” is one of his most beautiful films.” by Adrien Gombeaud (Les Echos)

“Cut! revives the comic ardor of Michel Hazanavicius, who manages the feat of taking over the original film without ever distorting or calming its rebellious spirit, but by granting it more French codes and a form of topicality cultural.” By Adam Sanchez (GQ)

Cut! could have been opportunistic and mechanical, it turns out to be generous and atypical. When a remake traps its viewer to better remind him how cinema is an art of disaster, an irrepressible burst of laughter. By Simon Riaux (Widescreen)

“What makes the process gripping and grips the viewer is that not only are the characters in perpetual motion, going back and forth to one or the other, but they are constantly getting lost and found again.” By Vincent Ostria (L’Humanité)

“In this diptych, taken from the series he made in Japan, the filmmaker composes an intense and languorous love tableau. And portrays captivating female characters, from the elusive stranger to the regular flirt.” By Marius Chapuis (Release)

“I was a little left on my hunger with Follow me I’m escaping you despite the charm of the whole and the liveliness of the plot. That’s been fixed with Fuis-moi je te suis which, in a slightly darker side, reveals all the reasons, all the flaws of the mysterious characters, to help this so original couple find each other!” By Jean Pasquier

“Beyond the palinodies of its two main characters, Flee from me, I follow you is also fascinating for its description of the business world and the relationships that are established between bosses and subordinates, men and women, interconnected with the lives deprived of each other, with a predominance of rumours, gossip and jealousy.” By sydney

“Excellent film, better than the previous one, a phenomenal plot you will not remain indifferent to the characters to which we are attached, the action is there and the city of Shibuya is well represented with a totally crazy team” By Nexide

“The great strength of this opus is the power of the secondary characters, who are ultimately more important and endearing than Conan himself. A multiple interweaving plot that keeps you going.” By Specter1996

“This film is a real nugget! Funny, surprising, a must-see! Great cinema and great Michel Hazanavicius By Paul C.

“Excellent! A delight for all film lovers. Michel Hazanavicius reconnects with his humor and it’s as enjoyable as the first two OSS ! The situations are hilarious, the lines cult and the cast is insane (a treat to find Romain Duris in such a crazy role). I haven’t laughed so much at the movies for a long time…” By Paul-François Schaetz

* According to the ratings of the AlloCiné barometer, as of Friday May 20, 2022, for films released in theaters on May 18 and 20 with at least 10 reviews for the top press and 30 ratings for the top viewers. These two tops do not include films already released once or several times in France.