Is It Wrong To Keep A Relationship With Your Ex’s Children?

No one who has ever been a stepparent would tell you that it’s an easy gig. I do think it’s easier when you’re not an additional parent, but taking the place of a parent, the way this woman was.

She married her now-ex when his twins were just six, and they divorced when the children were twenty-one. OP adored raising the kids like her own since she was unable to bear children and their mother was not in the picture.

The divorce was the result of her husband’s infidelity.

When I met my now ex, he had 2 kids. Twins, a boy and a girl. They were about 6 when I married their father. Their mother was never really involved in their life. I played the role as their mom. I taught his daughter about her body, I taught my son anything I knew about being a male.

Fast forward to last year. Me and my husband got divorced due to him having an affair with his current fiancé. It hurt pretty badly, I loved him, I loved his kids and I didn’t want to lose that.

I’ve went through something similar as a child. I had to cut contact with my step siblings after my step dad and mom divorced. I don’t want history to repeat itself.

Since the divorce the kids have regularly checked in on her and recently came by for a visit.

Afterward she received a call from her ex asking her not to see the kids because she was preventing them from forming a relationship with his now-fiancee.

The twins are now 22 and they have been checking up on me for a while. They visited me for the first time in a while a few weeks ago. I really enjoyed seeing them again. I thought it would be fine to keep talking with them.

I got a phone call soon after, it was their father. He asked why the kids were at my house and I told him they wanted to visit me.

He said we are no longer married and I’m blocking them from a relationship from their new step mother.

OP says the children are adults and it’s up to them who they want to keep a relationship with, but now she’s questioning whether or not she’s wrong to encourage their visits and calls.

I said its their choice if they want to continue a relationship with me and he got mad and hung up on me. Am I the ass for keeping a relationship?

Let’s hear where Reddit comes down on this one!

The top comment says, very simply, that she raised them and like any adult children, they can decide whether or not to stay in touch. 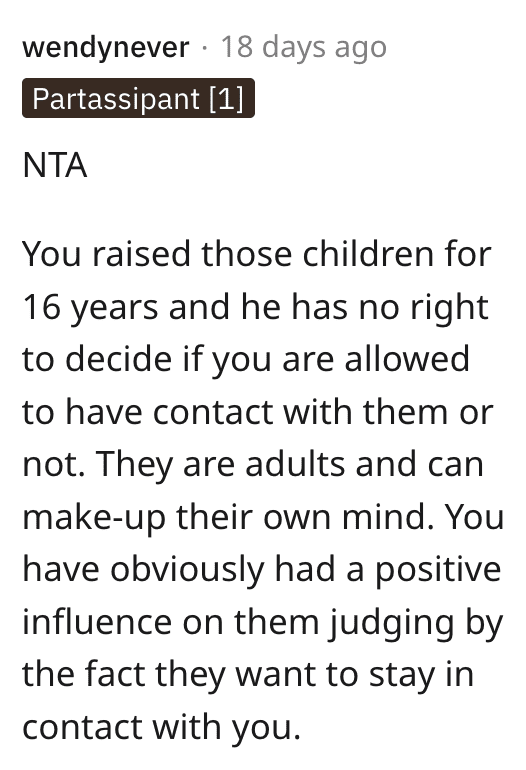 She’s their mom. You can replace that with the snap of your fingers (or ever). 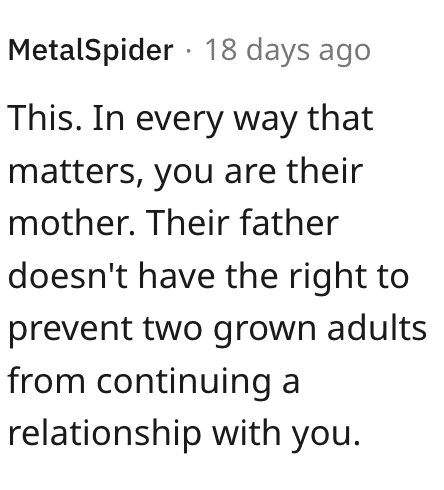 As much as he might want to, their dad can’t force them to bond with his new wife. 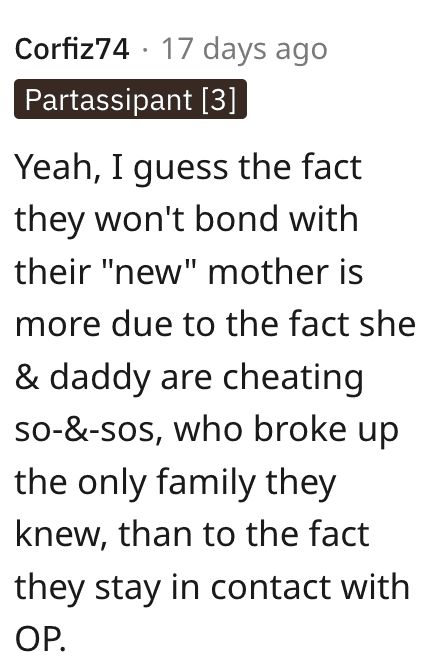 It sounds as if the dad has some pretty unreasonable expectations. 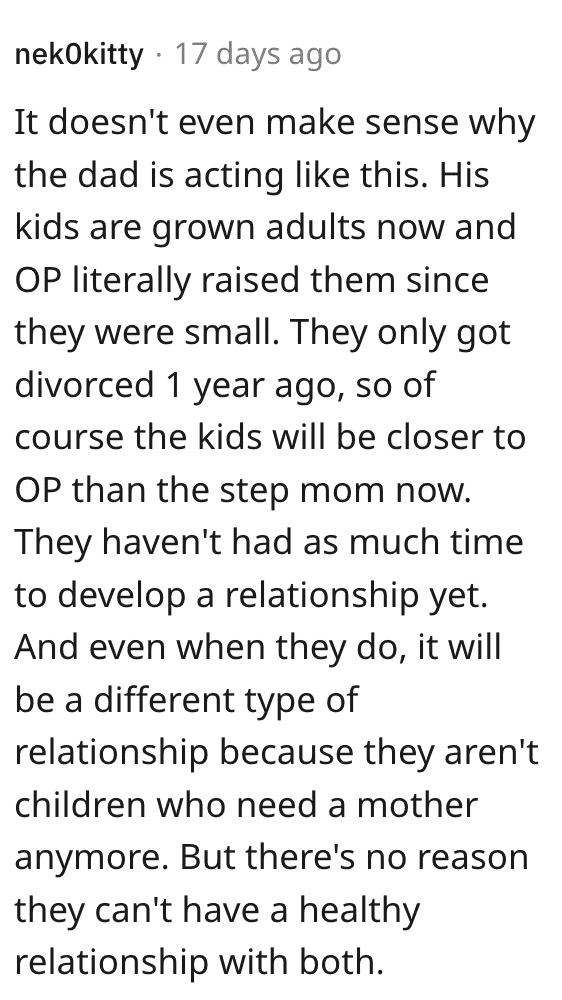 It’s pretty unlikely that adult children will parent-bond with a new partner regardless of OP’s actions. 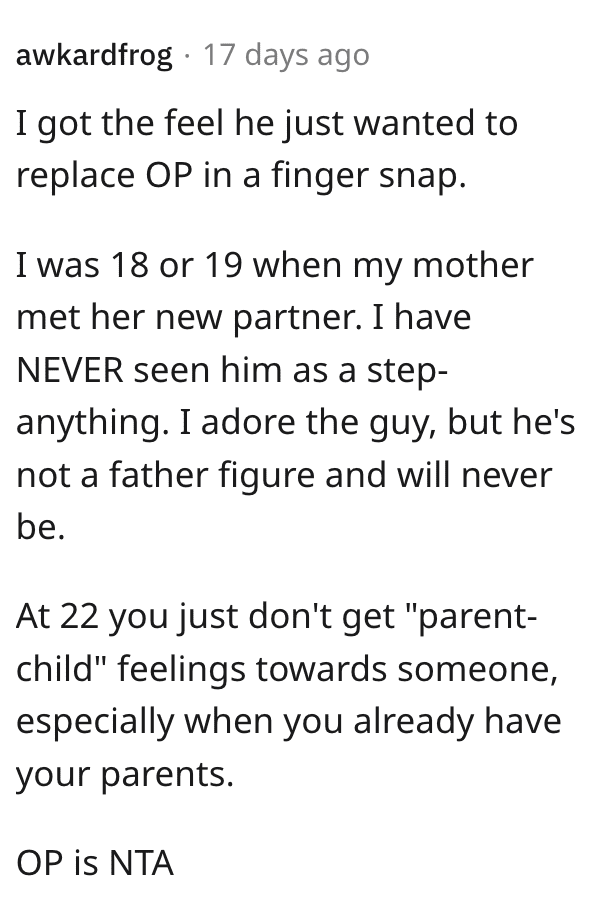 I hate that he made her feel badly at all – those are her kids and she shouldn’t have to lose them, too.

If you have a different perspective, tell us about it in the comments!