Is It OK For An Artist To “Sign” Your Tattoo Without Permission?

Tattoos are serious business, from choosing a design to picking an artist and a placement, and for good reason – they’re meant to be a part of your body for the rest of your life.

This person had a very special tattoo picked out for a very special reason – the exact design had also been tattooed on his grandfather and father as a form of honoring generations past.

This is a short one. Names changed for privacy.

I went to a tattoo shop in my area, with a photo of the tattoo I wanted. It was one my dad had gotten to honor my passed grandfather whose father also had it.

But the point is – it was important to me that the tattoo looked EXACTLY as it did in the photo.

They showed pictures and discussed the meaning behind the tattoo with their artist, and everyone was happy with the result…until his grandma pointed about that there were initials that matched the tattoo artist’s in the design.

I get to the shop, I explain everything, I pay, get the tattoo, and we’re done, I think it looks awesome, everything is great!

Until a few weeks later when I show my great grandmother the tattoo.

She’s static, grabs my arm to look at and compliment it, then asks, “Who’s AJ?”

I ask her what she means, and she points out on the tattoo where the initials A and J or maybe T were hidden into the tattoo.

I’m instantly pissed, as my artists name is Alice Trever.

OP was upset and contacted the artist, who insisted it was normal practice and refused to issue a refund,

The shop owner felt differently and did force the artist to refund the full amount.

She tries to assure me it’s no big deal if I hadn’t noticed it til now, but I still reached out to the artist sort of irritated.

They told me the style of art I got is called traditional and it’s “pretty trad” for all artists who do that style to do it.

I demanded a partial refund and they refused, so I complained to the owner who made the artist give me a full refund.

The artist continues to be upset and bad mouth the shop and OP, and OP’s sister agreed that it really wasn’t a big deal.

Now the artist is running a full smear campaign, talking about moving shops, and all kinds of crap.

My sister says I’m an a$$hole for pushing the issue, but I feel like, at the end of the day, I told you exactly what I wanted and you didn’t do that.

So he’s asking Reddit whether or not he blew this out of proportion – and they’re about to answer!

The top comment is short, sweet, and totally on OP’s side. 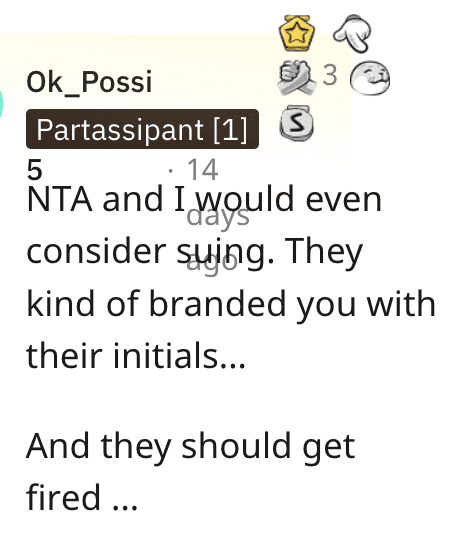 That tattoo artist made a series lapse in judgement. 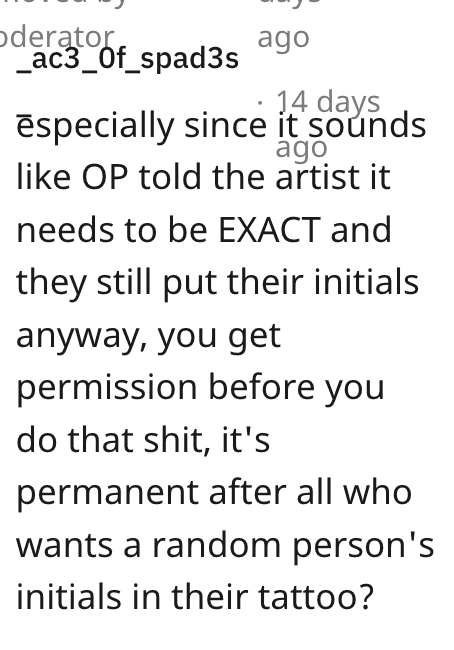 We’re pretty sure that anyone would be upset in OP’s situation.

The artist should realize how wrong they were and apologize, yesterday. 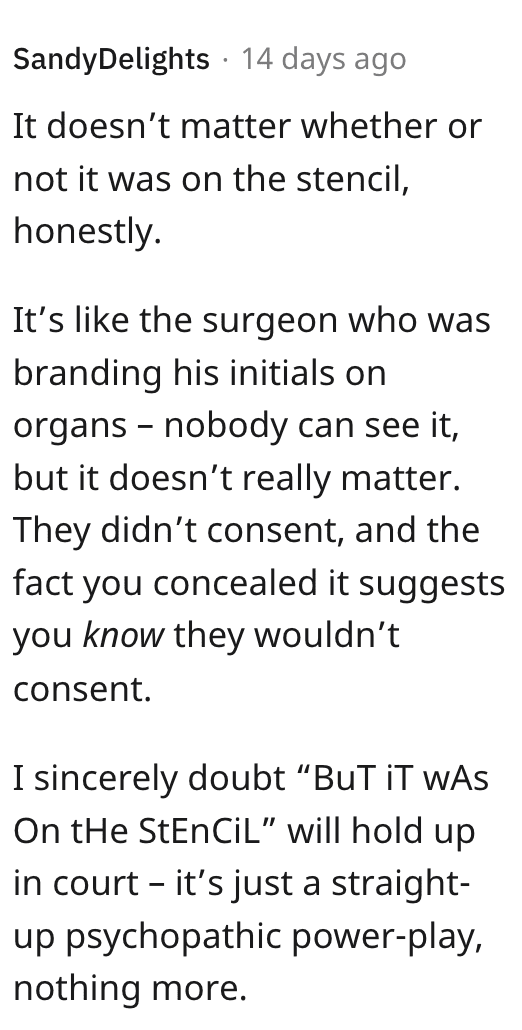 And no, tradition isn’t an excuse for anything at all. 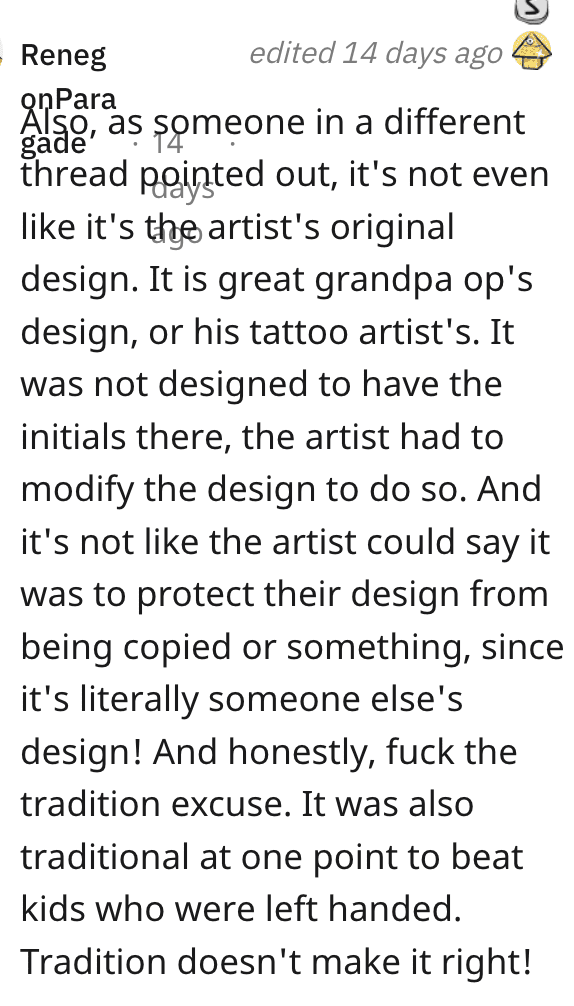 I would be pretty upset in OP’s position and I honestly can’t believe that so many people in his life are sticking up for the artist.

What would you have done? If you would have let it go, let us know why in the comments!