Is It Always Wrong To Side With Your Ex Over Your Current Partner?

I think most people assume that when it comes to partners, you current one should always take top priority. There are times, though, when that’s just not true – like, for example, when children are involved.

And for some people, that loyalty also extends to fur-children.

This man and his ex adopted a puppy together with the understanding that, if something happened between them, he would keep the dog.

Life surprises us, though, and since the puppy always preferred his ex, he left it with her when they broke up.

My ex and I got a puppy Shadow a year into our relationship.

Shadow was suppose to go to me if anything happened but Shadow didn’t seem to like me that much and loved my gf from the start.

I did take care of him and spent a lot of time training but he seemed aloof to me and would choose to spend time with my ex any day. I was really disheartened by this and when we broke up I offered to let my ex keep Shadow.

I also didn’t have a stable income and it was hard finding a apartment that allowed dogs while my ex had a dog friendly apartment already so I decided it was better for him to be with her.

Since then, she has brought the dog to visit periodically, dropping it off and picking it up like you would a child. It cheers OP up for sure, and helps him cope with his mental illness.

It’s been a few years and occasionally she brings Shadow back to visit me. She just drops him off and brings him out after a few hours.

I still don’t have another dog because of how unstable my mental health and income is and visits from Shadow is great for me but I can’t commit to a dog long term.

His new girlfriend, though, is upset about the visits. She thinks he should either ask for the dog back per the original agreement or tell his ex not to bring it over anymore.

He doesn’t want to do either, though he did offer to get a dog with his new girlfriend as well – and now he’s wondering if he’s wrong to “pick” his ex over his current partner.

I started dating my current gf about 8 months ago and she started noticing Shadows visits and asked me about them. I told her the whole story and she got upset that I chose to give my dog to my ex and wanted me to try to get him back so she and I could raise him.

I told her Shadow was happy with my ex and I didn’t have any intention of asking for him back. She got upset and accused me of still being in love with my ex which is why she was allowed to keep the dog and I was annoyed she was using Shadow was a bargaining chip and told her we could get ourselves a dog but Shadow was my ex’s and it was the end of the story.

She has been upset for a few days and refuse to speak to me claiming I’m taking my ex’s side against her.

Knowing how much Reddit loves their dogs and dog lovers, I have a feeling I know how this one is going to shake out!

The top comment says that he’s putting the dog first, and it doesn’t make sense that anyone would have a problem with that. 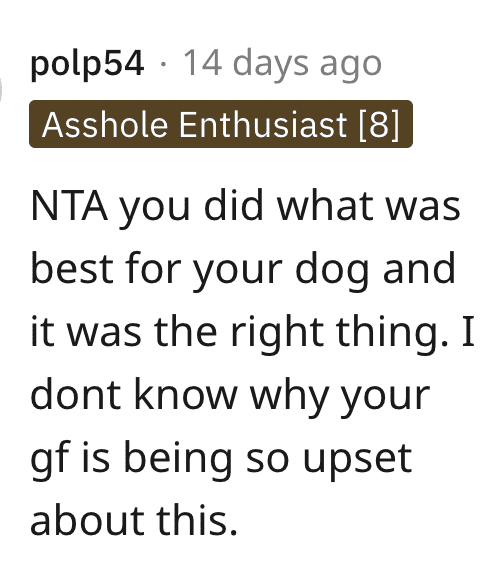 Everyone is definitely seeing red flags all over the place.

She doesn’t seem like the kind of person who deserves a dog at all. 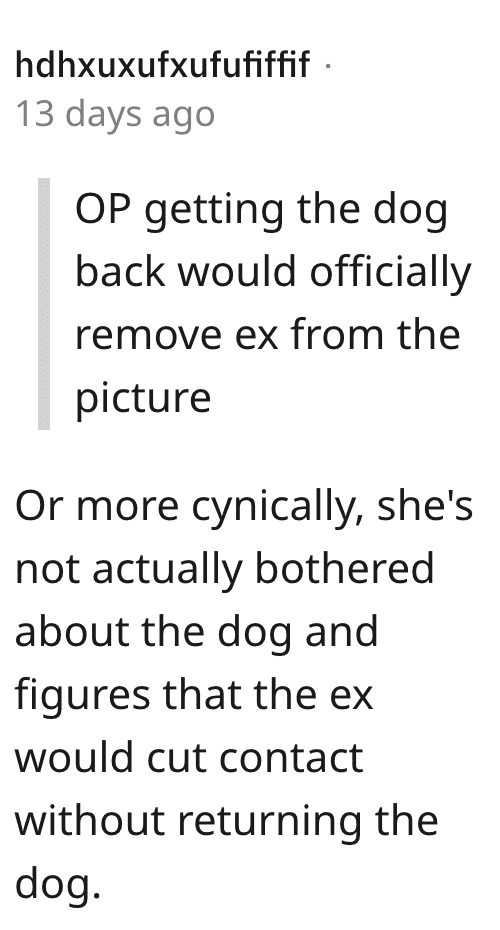 Everyone is a little concerned about OP, if we’re being honest. 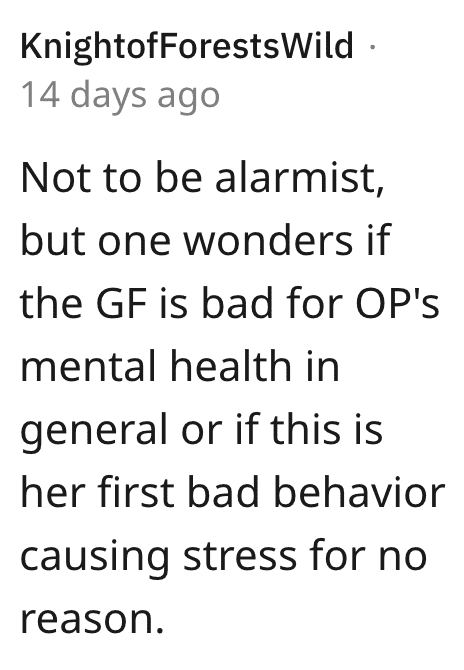 She should be more supportive of his good decisions, don’t you think? 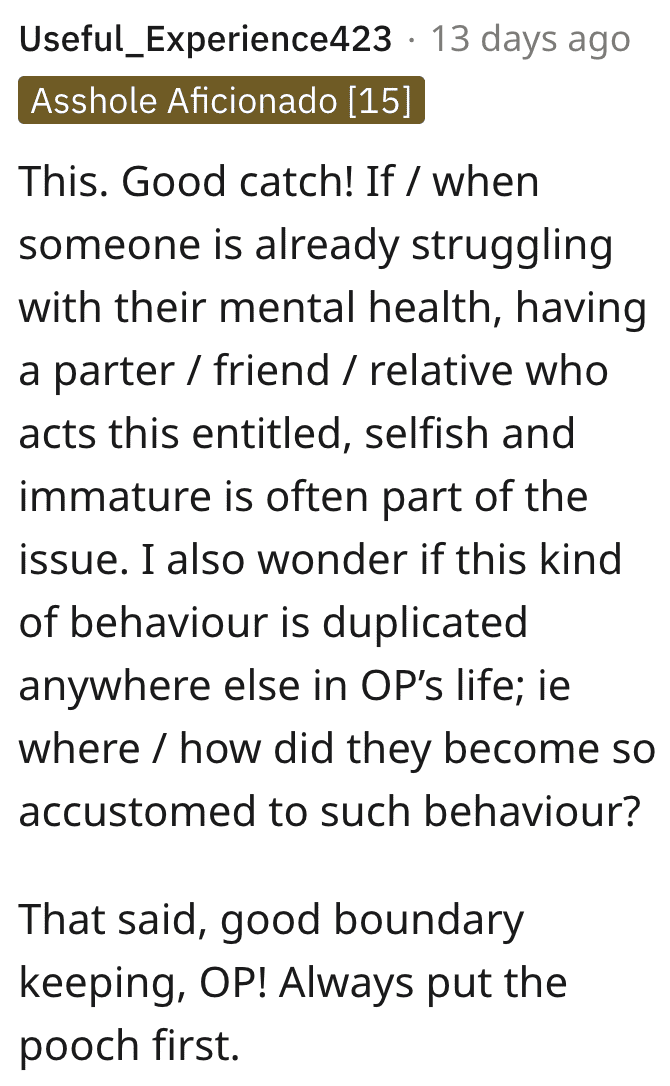 Y’all, this guy sounds so sweet and I just want him to be happy with his dog and I’m not sure this girl is the answer.

If he was your pal, what would you tell him to do?

Sound off in the comments!

14 People Recall Memories From Childhood That Are Darn Near Universal