Is College Grad Wrong for Holding the Cost of Tuition Over Estranged Parents’ Heads?

Money is one of those things that can make the best of relationships strained – and that applies to even the closest of families, too. Everyone has ideas of how it is best spent, and if you’re talking about children and parents, that extends to who should pay what for who, and how much.

While some parents happily fork over hundreds of thousands of dollars for their kids to live it up and get a good education for four years, other parents don’t have the funds to make that happen, or think it’s part of a life lesson to pay for at least some of college on your own.

In this case, though, the boys in the family were treated different than the only daughter.

I was raised by parents who believed (religiously and just culturally) in rigid gender roles. Dad should work, mom should stay home with the kids. I’m the only girl and have 3 brothers.

Because of their expectation I’d stay home with kids, they never valued my education, educational achievements or emphasized things beyond domestic skills. I’m the second youngest. By the time I was in high school, my two older brothers had gone to the college of their choice, with my parents fully covering tuition, books, an off campus apartment and other living expenses. They eventually did the same for my younger brother. I was told I wasn’t allowed to apply for college.

I did so in secret and got accepted with a partial scholarship. I didn’t tell them I was moving out until a week before I left, with essentially nothing but what a few friends gave to me that their parents bought “them” for college. I took engineering, and had to work, take on debt and struggle.

My parents and I have barely spoken for years. I’m married now and expecting our first child, and they asked to meet up. We met at a park, and they said they were “sorry if they caused me pain” but would like a relationship now. I asked them specifically what they were sorry for. They wouldn’t elaborate and just said they wanted to move forward. I said that wasn’t sufficient. In the end, I said they could prove they were sorry by forwarding me the $100k my degree and college expenses were, just like they did for my brothers. My mom burst into tears, my dad said I wasn’t being serious and I just left. Since then, I’ve been getting calls from my brothers telling me I’m being immature and hurtful. I don’t think so at all.

People of Reddit have thoughts, even though these family dramas are always complicated and tough.

This person, with similar experience, think the response was perfect – and she pointed out that if they haven’t changed, she doesn’t want them around her kid, anyway. 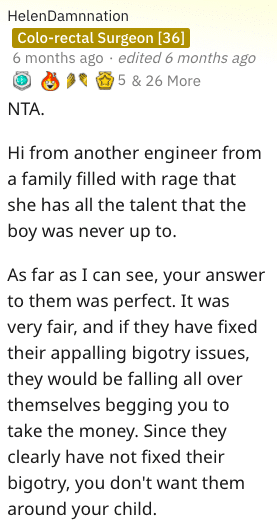 More than one person was concerned about giving unrepentant people access to the baby. 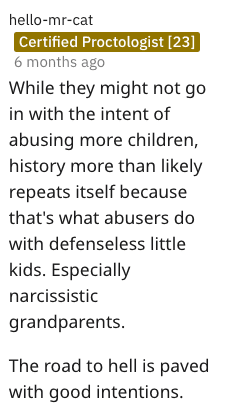 This is the harsh reality. 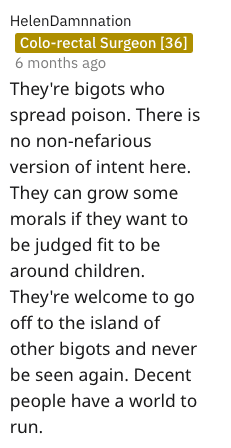 It’s a changing of the guard. 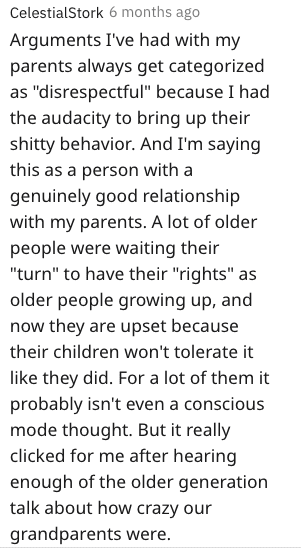 Sometimes you have to cut toxic people out of your life, even if they did give birth to you. 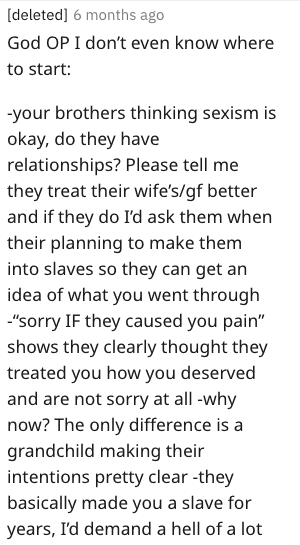 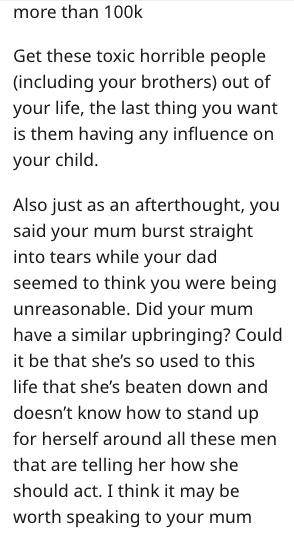 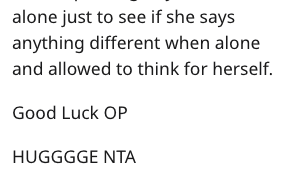 I agree with all of the commenters here, and even though I feel for OP, I think she’s incredibly strong for all that she has done for herself – just her belief in herself an a different future is pretty amazing, considering how she was raised.

What’s your take? Share your thoughts with us in the comments!

Read Also:   People Talk About The Odd Things They Really Like to Collect