Is 5G Dangerous? We Asked an Expert 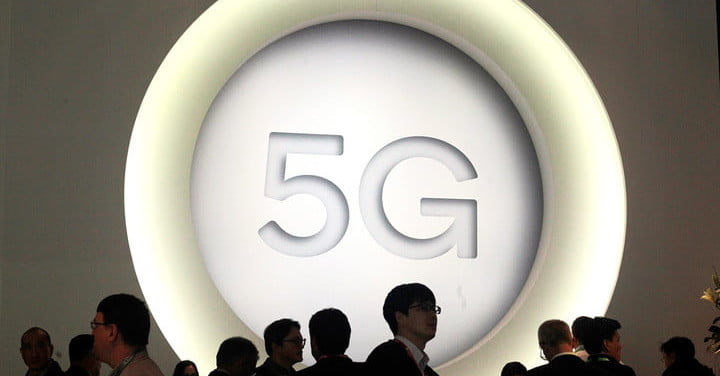 Harnessing millimeter wave (mmWave) spectrum for faster data speeds is one of the biggest breakthroughs of 5G, the next-generation cellular networking technology following 4G LTE. But there are concerns this very high-frequency spectrum could pose adverse health effects for the public, including some very pervasive conspiracy theories.

These kinds of concerns aren’t new — consumer anxiety concerning whether radiofrequency radiation can increase the risk of cancerous tumors has existed for some time. To get some concrete answers on the subject, we reached out to the U.S. Food and Drug Association (FDA), a government agency that is not only responsible for protecting public health through the control and supervision of food and medicine, but also electromagnetic radiation emitting devices. We further supplemented those responses with information sourced from the American Cancer Society and the International Agency for Research on Cancer.

What is radiofrequency (RF) radiation?

To begin, let’s define radiofrequency (RF) radiation. At a basic level, radiation isn’t as intimidating a term as it might seem. Radiation is the emission of energy from any source, which means even the heat that comes off our bodies counts as radiation.

The radiation that cellphones give off is at the low-energy end of the electromagnetic spectrum, making them much safer than high-energy radiation like X-rays and gamma rays. While the latter give off ionizing radiation, meaning they have enough energy to ionize an atom or molecule and thus damage cell DNA resulting in cancer, RF radiation does not. RF radiation only has enough energy to move or vibrate atoms in a molecule, not enough to ionize it. That means RF radiation does not cause cancer by damaging DNA cells, however there still are ongoing studies regarding the effects of non-ionizing radiation.

The FDA noted in 2018 statements that it believes “the current safety limits for cellphone radiofrequency energy exposure remain acceptable for protecting the public health.”

The U.S. Environmental Protection Agency (EPA) and U.S. National Toxicology Program (NTP) also have not formally classified RF radiation as cancer-causing. Meanwhile, the World Health Organization’s International Agency for Research on Cancer (IARC) classifies RF radiation as “possibly carcinogenic to humans” due to the finding of a possible link in at least one study between cellphone use and a specific type of brain tumor. However, the IARC considers overall evidence “limited.”

In one of the most recent studies, performed by the National Toxicology Program (NTP), high exposure to 2G and 3G RF radiation led to cancerous heart tumor development in male rats. NTP senior scientist John Butcher noted, however, that the levels and duration of exposure to RF radiation were much greater than what people experience with even the highest level of cell phone use, so the findings should not be directly extrapolated to human cell phone usage. Additionally, Butcher warned that 5G likely differs dramatically from 2G and 3G, so further studies are necessary.

The FDA told Digital Trends that, at this time, it “continues to believe that the current safety limits for cellphone radiofrequency energy exposure remain acceptable for protecting the public health.”

“The limits are based on the frequency of the device, meaning that 5G has a different limit than other technologies,” an agency spokesperson wrote in an email. “As part of our commitment to protecting the public health, the FDA has reviewed, and will continue to review, many sources of scientific and medical evidence related to the possibility of adverse health effects from radiofrequency energy exposure in both humans and animals and will continue to do so as new scientific data are published.”

the vast majority of frequencies being used for 5G have been used in the past for other things.

The agency noted that it lists significant ongoing research on the topic of RF exposure on its website.

It’s also important to note that the vast majority of frequencies being used for 5G have been used in the past for other things, including things like TV broadcasts and other data transmissions. Because of that, if 5G is unsafe, it means that we’ve been using “unsafe” frequencies for decades. Considering there hasn’t been an observed rise in cancer rates, it’s clear that these radio waves have no impact on human health.

According to expert agencies and the studies we have so far, there’s nothing to suggest 5G mmWave is a significant health risk, but it’s clear there is more research to be done on the subject. If you’re the type to be cautious, it’s always possible to reduce RF radiation exposure. Try sleeping with your phone away from your bed at night, for example. Not only will it give you peace of mind, but it will also promote a healthier bedtime routine — a win-win for your health. That said, the assumption that radio waves, including millimeter waves, have a negative impact on overall health, has been proven to be incorrect.