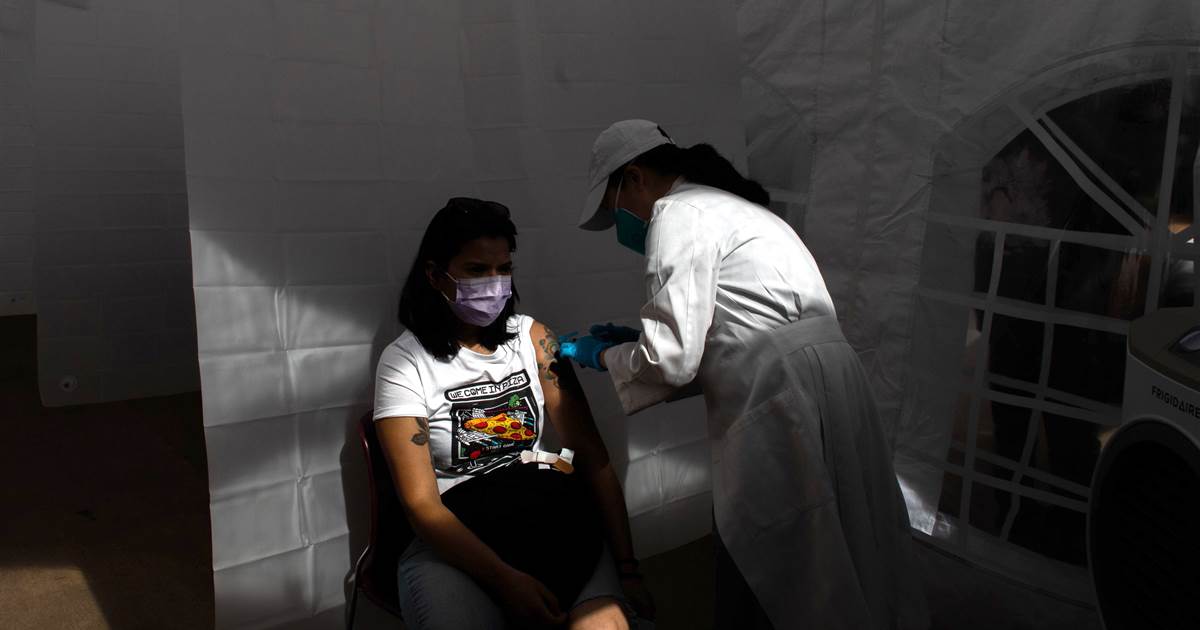 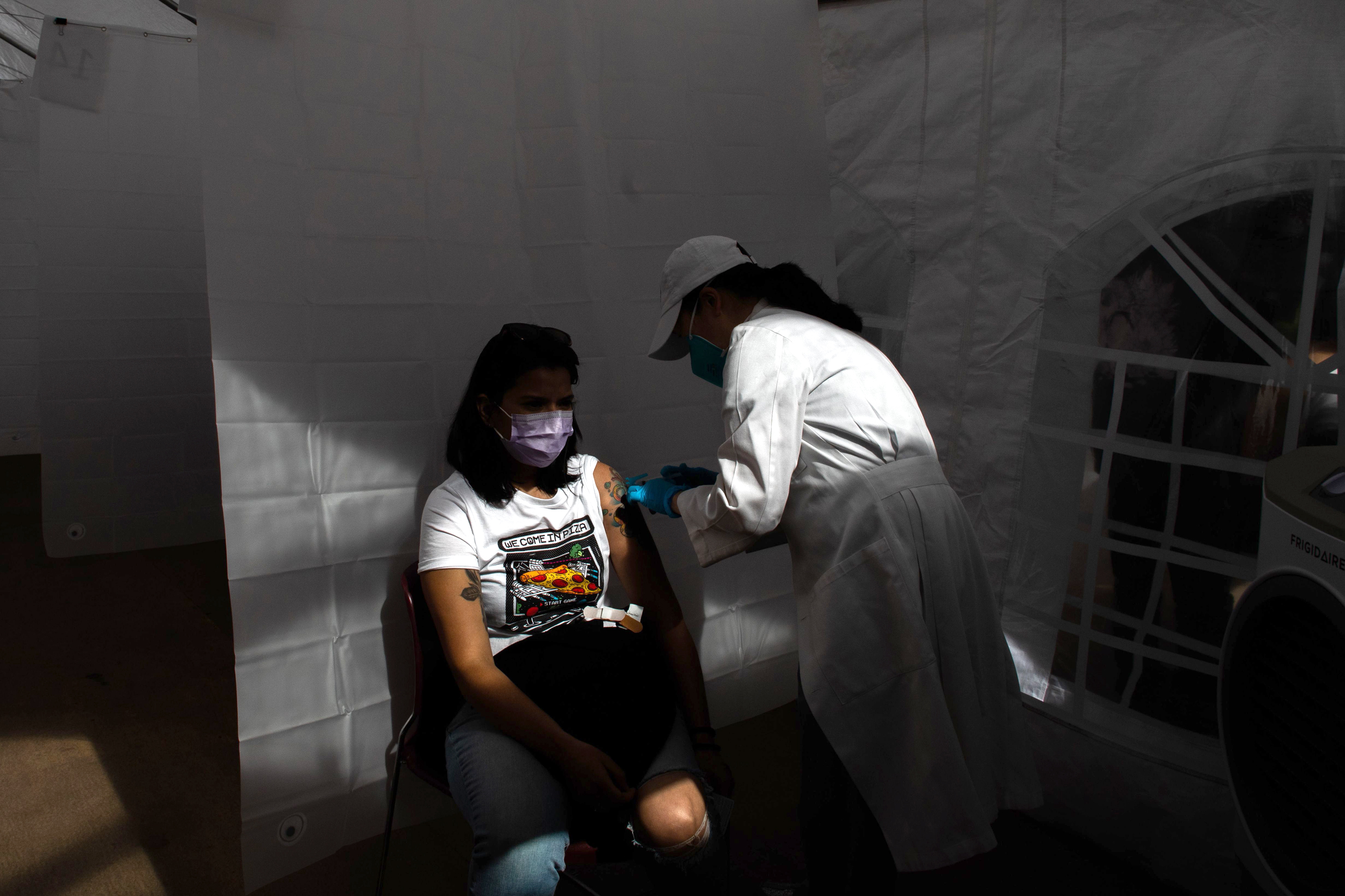 For weeks, the staff and CEO of Proyecto Juan Diego, a nonprofit that serves families in south Texas, have worked to overcome doubts about Covid-19 vaccines among community members, including many who are undocumented.

But as news circulated that non-U.S. citizens were turned away at University of Texas Health Rio Grande Valley vaccination sites because they did not have legal status, their work became that much more difficult, said CEO Danielle Salgado.

“It concerns us because we are seeking to ensure our communities are safe, and we are promoting getting their vaccines, and it’s a great big barrier when people aren’t able to get their vaccines … just purely based on their immigration status,” she said.

Although there have been attempts to deny vaccinations to people without legal documentation, the federal government has made clear that vaccines should be provided to all who are eligible, regardless of immigration status.

The UT Health Rio Grande Valley, with campuses on the U.S.-Mexico border, was forced to apologize after Abraham Diaz tweeted on Feb. 20 that his father was denied a vaccination because he was undocumented.

After being in line fit 4+ hours, @utrgv denied my father the covid vaccine because he’s undocumented. He’s 60+ with underlying conditions. They said their website mentions it but it’s a lie.@MALDEF @ACLU

His story prompted criticism of UTRGV on social media and an outcry from La Unión Del Pueblo Entero, a community organization founded by civil rights leader Cesar Chavez, where Diaz is a staff member.

Texas does not have a residency requirement, which is clearly stated on its website: “DON’T limit eligibility by citizenship status. There is no requirement that a person be a citizen to receive the vaccine.”

Any denial is harmful to the overall effort to vaccinate Latinos, said John-Michael Torres, a spokesman for LUPE.

“Every single person they denied is going to share their story with their family members, and those are the people that should be spreading the good word about getting the vaccine,” he said.

UT Health RGV said in a statement Thursday that “currently we are aware of approximately 14 people who were affected by our errors,” and all were being rescheduled.

“We know you expect better from us, and we are deeply sorry for failing to uphold our standard of excellence at a time when our community needs us most,” UT Health RGV said in the statement, which followed an initial response tweeted to Diaz and an apology Saturday that LUPE said was inadequate.

“With the misinformation and disinformation floating around, folks who already have a mistrust in government are more susceptible,” Torres said. “That’s why we couldn’t let the UTRGV just leave it at saying they were not longer going to do it. We needed them to do an informational campaign in Spanish to reach community members.”

UT Health RGV said it would expand its public Covid-19 campaign in English and Spanish to “more equitably” serve the bilingual community and ensure information about vaccine operations is in both languages.

The UT system and Texas State Department of Health Services did not respond to requests Friday for more details.

The vaccination denials were particularly surprising because UT Health RGV is based in an overwhelmingly Latino area of the state. The main campus in Brownsville is 94 percent Latino, and the university is a federally designated Hispanic Serving Institution.

The health center was established to provide more equitable health care to that area of Texas, where faculty members and researchers focus on the health gaps Latinos face, including high rates of diabetes and lack of insurance.

Torres said LUPE pushed for more than a tweeted admission of error by the institution because it wants to make sure other providers in the Rio Grande Valley region are not denying vaccinations to people based on citizenship or immigration status.

Many families in the region are comprised of people who are citizens or have legal residency, as well as undocumented immigrants.

Norma, a permanent resident, accompanied her mother, who is undocumented, on Feb. 8 to a UT Health RGV vaccination site in Edinburg, also on the border. Norma did not want to use her full name to protect her mother.

“She started saying my mom couldn’t get the vaccine because the vaccines were only for U.S. citizens,” Norma said. “I was like, ‘You are not going to vaccinate undocumented immigrants?’ I asked her why, and she said the governor of Texas had said only U.S. citizens could get the vaccine.”

Norma, who left her doctoral studies program when she became sick with Covid-19, had read a Department of Homeland Security statement that said vaccination sites were off limits to immigration enforcement, just like churches, hospitals and schools.

Norma pushed back, and her mother was able to get the vaccination and an appointment for a second dose. But her mother now worries that immigration officers may show up at the site or obtain her information, Norma said.

Salgado said that when a community health worker with Proyecto Juan Diego went to get her vaccination, a woman in line in front of her was denied a shot because of her status.

“Our participants work with low-income communities, and we work with all kinds of statuses, and we have heard of people who don’t have state-issued IDs not being allowed to get their vaccines purely because they don’t have the proper identification,” Salgado said.

Counties are allowed to set additional restrictions, including asking for a photo ID, but that does not supersede the state’s rules on residency and citizenship.