If you liked I Care a Lot, these 9 films to discover the faces of Rosamund Pike 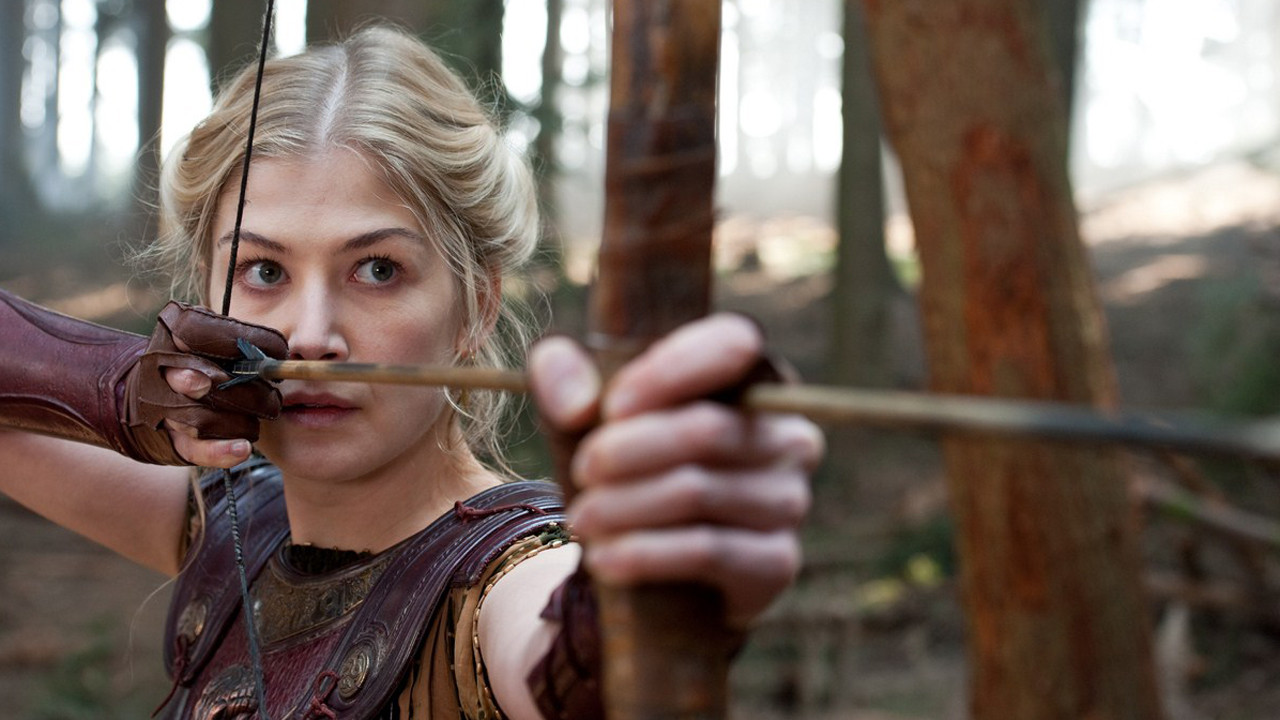 Actress with a thousand faces, in 22 years of career, Rosamund Pike has deployed an impressive range of acting. From David Fincher to Edgar Wright, she is able to blend in with the most surprising universes. Back on his career.

Without a doubt, the character of Amy Dunne will be remembered forever. Her manipulations to get revenge on her husband made her in an instant an iconic character of a wicked and cruel woman. The sequence where she stabs her lover, played by Neil Patrick Harris, during sex has joined many cult scenes immortalized by Basic Instinct or Fatal Liaison. Her impassive face when she gazes into that of her husband (Ben Affleck) has become synonymous with danger. Unforgettable !

For his first appearance on the big screen, Rosamund Pike hits hard. At just 23 years old, she plays a James Bond Girl, the fatal Miranda Frost whose allegiance falls on the wrong side. She already impresses with her charisma against Pierce Brosnan and Halle Berry. The coldness that his character then exudes announces a particular predisposition to play the wicked, and perfectly matches the atmosphere as the setting of the film, the last part of which takes place in an ice palace in Iceland.
(Canal VOD or Orange rental)

Never shrinking from a challenge, the British actress throws herself headlong into the interpretation of a myth: Marie Curie in front of Marjane Satrapi’s camera. In this large-scale project which pays homage to the first woman honored by a Nobel Prize, she gives another dimension to this woman, of whom we only remember her scientific exploits. Despite a rough film from Marjane Satrapi, Rosamund Pike delivers a flawless and inhabited performance.

Although perfect in modern incarnations, Rosamund Pike also lends itself very well to historical fictions. Here, alongside David Oyelowo, she plays Ruth Williams Khama, the wife of Botswana’s first president. She shines in this forbidden love story, worthy of Romeo and Juliet. In the skin of a loving and courageous woman, she joins other great eternal lovers like Meryl Streep or Kristin Scott Thomas.

For his second success in the cinema, Pike is content this time with a secondary role. But by playing the eldest of the Bennet sisters, she reveals a side that she has not often given to see. Truly touching in the way she shows herself vulnerable in the skin of this dreamy and romantic young woman, she has conquered the hardest hearts and restored the taste for romanticism.

Another biopic in Rosamund’s purse. In Private War, she slips into the shoes of war reporter Marie Colvin, tragically deceased in Homs, Syria in 2012. The intensity of this role as a journalist, addicted to the truth and to the reality of the field, even the most raw , impressed. Her performance is reminiscent of Cate Blanchett’s in Veronica Guerin. This portrait of a female journalist who, listening only to her courage, put her life at the service of her profession earned her a nomination for the Golden Globes in 2019.
(Orange or Cinemasalademande rental)

Unusual register for Rosamund, comedy nevertheless suits him perfectly. In This Weekend … she plays a mother, in the middle of a couple’s crisis with her husband David Tennant, and on her way to visit relatives in Scotland. We are astonished to see her in a more “ordinary” role than what she is used to playing and we realize that she is one of those very rare actresses to have succeeded straight away in not playing. ‘lock up in clichés.

Wrath of the Titans

She does not star in this blockbuster inflated with special effects. And precisely because it does not often lend itself to this game, we have fun seeing Rosamund Pike playing a goddess, Andromeda. Oddly stylish with a sword in hand, we will even go so far as to say that its presence saves the film a little.

The last ad before the end of the world

Among his few secondary roles, this appearance as the ex of Simon Pegg in this crazy comedy by Edgar Wright is surprising. Used to complex roles and strong women, it is not necessarily Rosamund Pike that we expected in this very masculine cast. She adds pep and freshness to this character of an idealized woman, both elegant and deadpan.
(Rental on Canal VOD and Orange)