HPI on TF1: what romantic comedy inspired the character of Clotilde Hesme? – News… 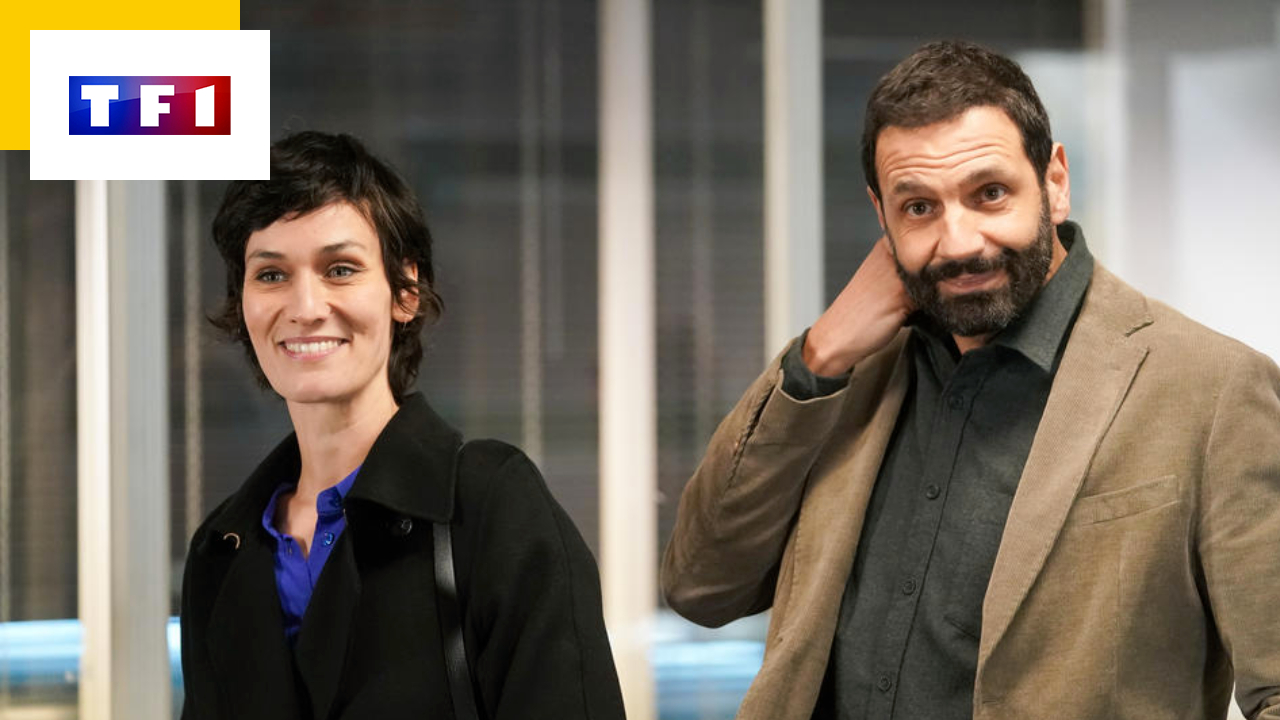 In season 2 of the detective series currently broadcast on TF1, the actress plays Roxane Ascher, an inspector from the IGPN who will come and put her nose into Morgane’s unconventional methods. She tells us more about her character.

You play as Roxane Ascher, the new recurring character of HPI Season 2. Were you picked up for the role or did you go through castings?

Clotilde Hesme : Yes, I did some tests for the series with the director of the first two episodes, Mona Achache, and these essays were then viewed by everyone else. It allows you to introduce yourself to all the directors with whom you will work later. It was great to have the chance to work with Mona, and I prefer to go through trials in general, it’s more reassuring for everyone and we know what to expect!

Did you watch the first season before auditioning?

I hadn’t seen all the episodes, but I watched it yes, on the advice of my nephews who are absolutely fans. It’s great to have a series like that in France, where the heroine is both funny, intelligent and beautiful. To have a leading character who has all of these abilities is rare. And theThe dialogues are so well written and paced! I was very happy to be asked to be part of it.

How would you describe Roxane, an investigator from the IGPN who will come and put her grain of sand between Karadec (Mehdi Nebbou) and Morgana (Audrey Fleurot)?

She does not hesitate to change her face to trap suspects during her interrogations, but it is part of her job, andShe doesn’t do it with bad intentions. She is a very professional woman, very rigorous, and who does not only make friends in her profession. She does a job that is essential to the functioning of the police, and does not demerit at the level of the intelligence quotient.

Afterwards, she doesn’t have the same weapons as Morgane Alvaro’s character at all! We are on an absolutely opposite femininity, much more austere – even a little psychorigid. But she is touching because there is also something vulnerable that will reveal itself as time goes on, especially because Karadec does not remain insensitive to her charm. I think these two are a bit alike.

What is beautiful in his relationship with Morgane is that there is no rivalry between women in the first degree. Today, we no longer want to show women leagued against each other by men. There, there is no rivalry because they do not fight in the same category. Even if there are scenes where we have fun with a bit of a western side in the first episodes, it’s seen through Morgane’s imagination. We play with the codes.

How did you compose this character? We know very little about her when she first appeared…

Roxane is the kind of person who manages to charm the whole DIPJ with her little attentions, she becomes the perfect girlfriend… You never dare to criticize this kind of people, and it’s very annoying for Morgane! (laughs) We had the film as a reference for her The wedding of my best friend, where in the same way, we don’t want to like the character of Cameron Diaz at all. And then we realize that it is the good friend, and that ultimately the story does not play out there.

I tell myself that Roxane has built all her self-confidence through work. She’s the kind of woman who entirely sacrifices her life for her profession, and her meeting with Karadec destabilizes her. We suddenly see in her a certain sweetness, even a clumsiness. It’s not this kind of mistress-wife who knows how to flirt: she takes the lead, but because she’s direct and frank, and that also destabilizes Karadec.

She is not at all extroverted like Morgane, she has a certain shyness, a slightly odd side even, which is fun to compose. There is a growing contrast between the two women which is obvious, but it is in the sentimental and affective sphere that Roxane really reveals herself.

Without revealing anything about the outcome of season 2, is Roxane going to last in the series?

I haven’t seen the end of season 2, so I can’t tell you anything about it! Right now it’s being written and developed, so I have no idea. For the moment, we are introducing this character to the public and afterwards, we will see what happens.

I’ve always wanted to do demanding things that are also popular, and here with HPI we are served!

This is the first time we’ve seen you in a detective comedy, but also in a procedural series. After your role in the Arte series Nona and her daughtersdid you want with HPI but also Lupine on Netflix, do you want to open up to more genres, more formats?

No, I never chose a square. For example, when I did Crazy Love for Arte with Jeremy Renierit was a genre series, a very jubilant thriller to play, with this psychopathic doctor character. I don’t feel like I’m locked into one genre or another.

It is certain that today with the series, that allows us to develop characters much more on the length. It’s the first time I’ve worked in series for TF1, that’s for sure, and I’m delighted because when it’s a series of such quality, I don’t at all want to refuse. I’ve always wanted to do demanding things that are also popular, and here with HPI we are served!

In your opinion, what explains the success of the series?

There is really something new and unheard of in this character of this woman, who is masterfully carried by Audrey Fleurot. She’s absolutely brilliant, I don’t know how she manages to remember everything she needs to remember, to continue to improvise all the time… She shows inventiveness and good humor on set which is really awesome. It is characteristic of theater actors, of Marie Denarnaud also, of Bruno Sanches… There is something extremely worked and light at the same time in their game.

What are your next projects ?

I acted in a play, stallion, which we are going to take to Canada and New York at the start of the school year after 130 dates in France, for which we are nominated for the Molières. I’ve also shot for Arte and Netflix a unit, The patient of Christophe Charrierwhich will be released in the fall.