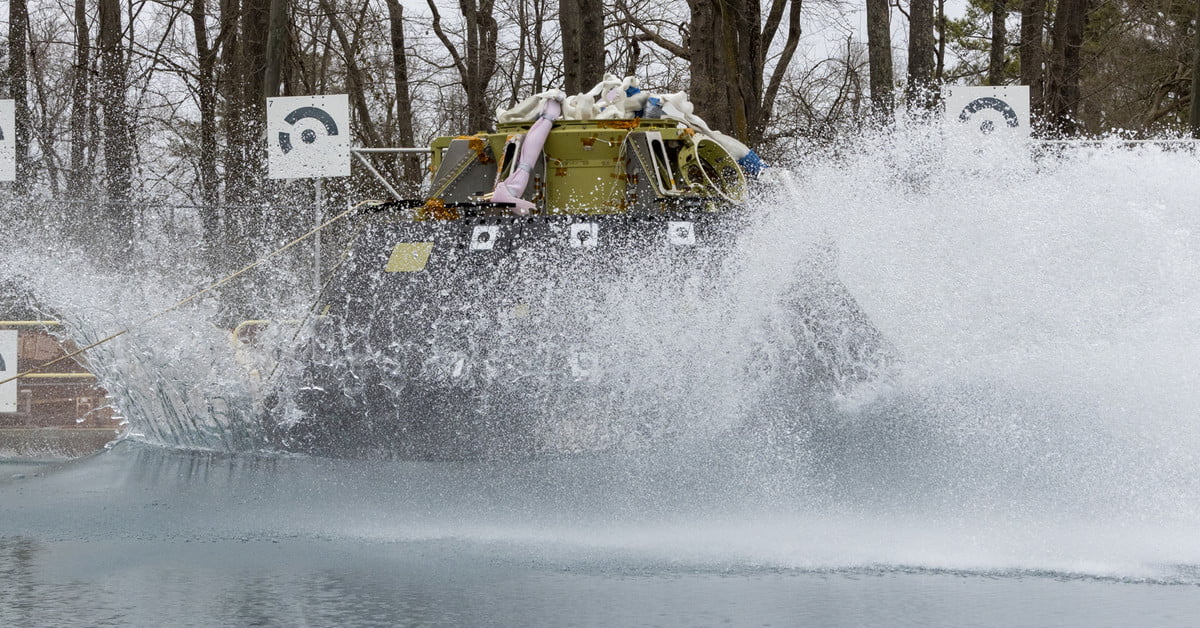 NASA recently began performing a series of water impact tests on the crew capsule of its new Orion spacecraft, checking out how the capsule responds to splashing down in a body of water. On Tuesday, the agency will perform another such test and this one will be livestreamed, so you can watch along as it happens.

How to watch the test

The test will be livestreamed on NASA TV, which you can watch either via the NASA website or using the video embedded above. Coverage will run from 1:45 p.m. ET and will include commentary from two people working on the project: Debbie Korth, Orion Crew and Service Module manager at NASA’s Johnson Space Center, and Jacob Putnam, data analyst at Langley Research Center.

What the test entails

For the test, the NASA team will drop a 14,000-pound test version of the Orion spacecraft into a specially constructed facility called the Hydro Impact Basin. This huge reservoir is 115 feet long and 90 feet wide and is filled with 1 million gallons of water.

By dropping a test craft that simulates the shape and weight of the final craft into the pool, engineers can see how it will react to its eventual landing in the Pacific Ocean as part of the Artemis mission to the moon.

“This series of drop tests began March 23 to finalize computer models for loads and structures prior to the Artemis II flight test, NASA’s first mission with crew aboard Orion,” NASA writes on its website. “Artemis II will carry astronauts around the Moon and back, paving the way to land the first woman and next man on the lunar surface and establish a sustainable presence at the Moon under the Artemis program. The current test series builds on previous tests and uses a configuration of the crew module based on the spacecraft’s final design.”

Once data from the water impact test has been collected, NASA will have moved one step closer to have Orion ready to fly for its moon mission.

How to use AMD Smart Access Memory And Nvidia Resizable BAR

How to Watch Blue Origin’s Next Rocket Test on Wednesday