How to Switch Phone Carriers Without Paying Early Termination Fees 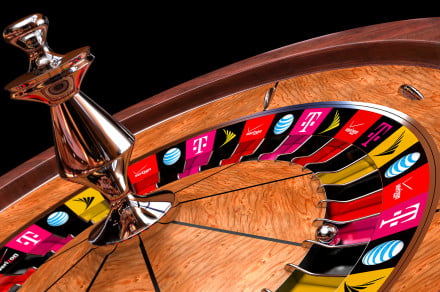 But how do you actually swap cell phone carriers? How do you take advantage of the current cash incentives? And is it possible for new customers to stick with their old phone? We’ve put together a guide on how to switch phone carriers, including how to get out of cell phone contracts without paying the early termination fee.

Note: Before you do anything, we recommend backing up your important data. Phone carriers can “port in” some of your data to new providers, but it’s always a good idea to back up yourself. Here’s how to back up your iPhone, or back up your Android phone. Furthermore, when you switch wireless carriers, beware, you’ll most likely have to trade in your current phone. Here are a few steps to take on the path to liberation from your current carrier.

Before you make any drastic decisions, you should first compare all the major carriers’ plans. Here are a few things to consider:

Do you need a large screen and a high-end camera? Do you need the latest operating system? Decide beforehand what matters most. Then, reference our best smartphones list to find which phone and carrier is best for you. T-Mobile and Verizon are now willing to pay your early termination fee or part of your remaining phone payment balance when you switch networks (check each provider’s website for details). Before switching, it’s always good to reread your current phone plan and compare it to your desired new plan.

Now that two-year contract plans are dead, you’ll have to pick a monthly phone installment plan. Previously, when you had a two-year contract plan, you’d pay a one-time subsidized fee, and then the phone would be all yours. For example, the iPhone used to cost you a $200 down-payment on two-year plans with AT&T and Verizon before contracts were phased out. That’s over $500 less than the non-contract price. Now, you don’t have that option if you get a new plan.

Here’s how your new monthly payment plan will work:

Some carriers, like T-Mobile, also offer leasing programs, where you pay less than the whole amount of the phone you’re leasing over the course of 12 months and get an immediate upgrade to a new phone when it comes out.  The leasing program is for iPhone lovers who need the latest and greatest iPhone or Samsung each year. Learn more about the different leasing programs offered by T-Mobile, Verizon, and AT&T by following the links.

Read Also:   The Plan to Fix The Whiteness Bias of Genetic Research

Get a quote from service provider

Receiving a quote takes minutes. You can get quoted on each carrier’s webpage by simply shopping for a phone. When you select a phone a menu will appear outlining the prices of different service plans. They’ll give you a monthly estimate, but be sure to read the fine print about overage charges and other hidden fees.

If you’re not sure which plan is right for you, take a look at our picks for the best cheap plans available.

T-Mobile has long-offered enticing reasons to switch to the Un-carrier. The company will pay off a certain amount of your outstanding phone payment plan balances with your current carrier (or fully, if you’re with Verizon), as well as early termination fees based on your final bill before you switch. You can get bill credit based on the market value of your eligible trade-in device, too.

Verizon offers a range of trade-in options to get you to switch to Big Red. The deal works by Verizon giving you a trade-in amount for your current phone, and that amount will go towards paying your early termination fee associated with that line or phone. If the trade-in doesn’t fully cover the cost of switching, Big Red will cover the difference.

AT&T doesn’t currently pay off all or a portion of any termination fee, but it will send you a $250 reward card if you add your current smartphone to one of its plans.

All this may sound good, but don’t think the wireless carriers will just hand you a bundle of cash. The carriers will typically pay the cost of your early termination fee up to a certain amount, and then up to a couple of hundred dollars extra for trading in your old phone.

Buy a phone and trade in your old one

Most trade-in plans have a few catches. Often, you have to trade in your old phone – and buy a new one from your new carrier. If you’d like to keep your old phone, consider unlocking it. To incentivize this trade-in, most companies are making the most of the newest phones. Most of the flagships are priced at $0 down, and will offer that credit of up to $300, depending on the phone you’re trading in. You’ll also have to port your number and start a new plan.

Most of the time, you need an active account in order to change your number to a new cell phone carrier. Carriers term this practice “port-in,” meaning that your cell phone number and all of your contact data, will be relocated from your old provider to the new provider. And if everything runs smoothly, all of this information will transfer from your old phone to your new phone.

Get out of that old plan

As soon as you activate a new phone, you’ll want to terminate your current plan. The first step in this process is to take your old phone into your provider’s store and speak with an employee to cancel your existing contract. You’ll get a final bill (with every two-year service agreement), and you’ll be responsible for paying the early cancellation fee. Sometimes you’ll also have to pay a “restocking fee” for the phone, which can be between $25 to $75 (it all depends on the carrier). We can tell you that Verizon’s current restocking fee is $50. We recognize this charge’s ridiculousness, but all the major carriers have it, so, unfortunately, there’s no way around it.

Thankfully, there are a few ways to escape the early termination fee. It’s not the easiest process, but you may be shocked at how far a good reason can go. For instance, if you’re moving to a place not covered by your current carrier, you may be able to get the early termination fee waived. When you offer a trade-in, T-Mobile and Verizon will pay up to a specific amount of your fee. AT&T, on the other hand, gives you a reward card that could indirectly reimburse you for termination costs. All you need to do is port your number, and when you get your final bill in the mail from your former carrier, submit it online to T-Mobile or Verizon. It’s important that you submit your ETF to your new carrier as soon as possible. Sometimes your ETF can only be refunded 60 days post-activation. And there you have it. You’ve successfully avoided paying an ETF, and now you can enjoy your new phone in peace.