How Much Negotiating Should You Do With Your Ex’s New Spouse?

When couples with children get divorced, it takes attorneys and judges and a lot of negotiation (and patience) to work out a situation – financially and otherwise – that works for everyone involved.

When one or both parties decide to get re-married, things that were working fine before can get complicated once again.

That’s the situation this OP found herself in when her ex-husband’s soon-to-be wife took over their finances and began questioning expenses that had been settled for years.

They’ve used a nanny to help out with childcare, which her ex-husband pays for above and beyond his monthly child support.

Apart from the money my ex gives me, he also pays for certain things for our children including school fees and childcare costs.

We have a nanny that is shared between us but since the children are with me 70% of the time, I benefit more from having her even though my ex pays her.

Recently, his fiancee asked OP for an accounting of all of the costs related to their kids, which OP provided. At that point, she said they were going to have to either stop using the nanny or OP would have to pay for her herself.

Not only that, but she says ALL the expenses that are outside what the court ordered are going to be stopped on her watch.

His fiancée recently asked me to give her a breakdown of all of the costs related to our kids because she feels like my ex is overpaying me and she wants to be more involved in their financial decisions. I gave it to her and now she wants me to fire the nanny to cut costs because she feels like the kids don’t need a nanny and that this particular nanny is too expensive.

I told her I wasn’t going to fire her because the kids were already attached to her, she was good with them and she made life easier. She insists I could use a babysitter instead and that if I wanted to keep the nanny, I needed to pay for her myself and that she was no longer welcome in her home.

She told me once they got married, I would also need to pay half of those extra costs my ex covers and that he would only be giving me the legally required amount of support from now on.

OP kind of laughed it off, telling her good luck with that, because she and her ex have a good understanding of what works for them and their kids.

I said good luck with that and she kept asking me if I was threatening her.

This turned into a huge argument and at one point I called her a delusional idiot because she thinks my ex is going to agree to this.

She’s wondering if she should have just kept it polite and discussed it one-on-one with her ex, instead.

What does Reddit think? Let’s check out their opinions below!

The best advice on the thread is that she should only deal directly with the children’s father and not his wife going forward. 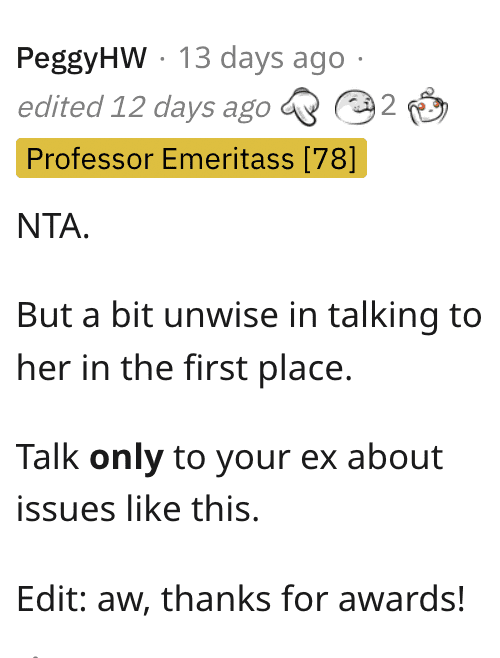 It’s honestly none of the fiancee’s business how the two of them parent their children together. 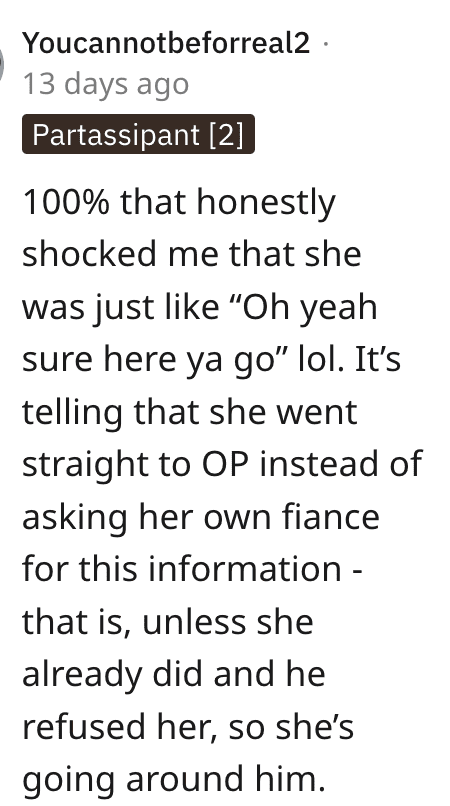 The fact that she thinks you can just “get a new nanny” proves she doesn’t have kids of her own. 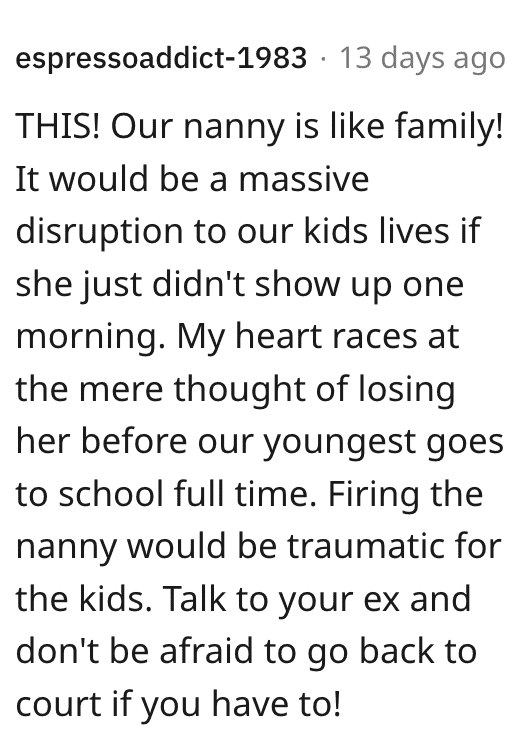 They also think the ex should have headed off this entire conversation. 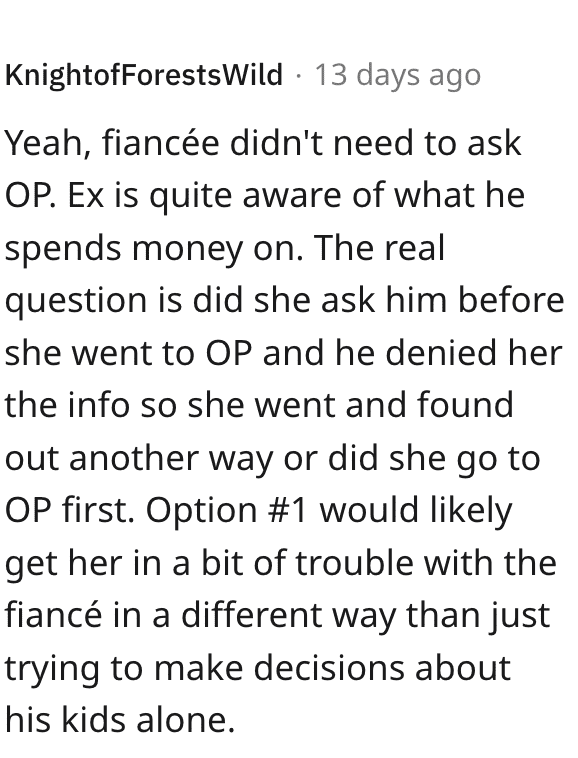 Everyone hopes OP has learned her lesson here. 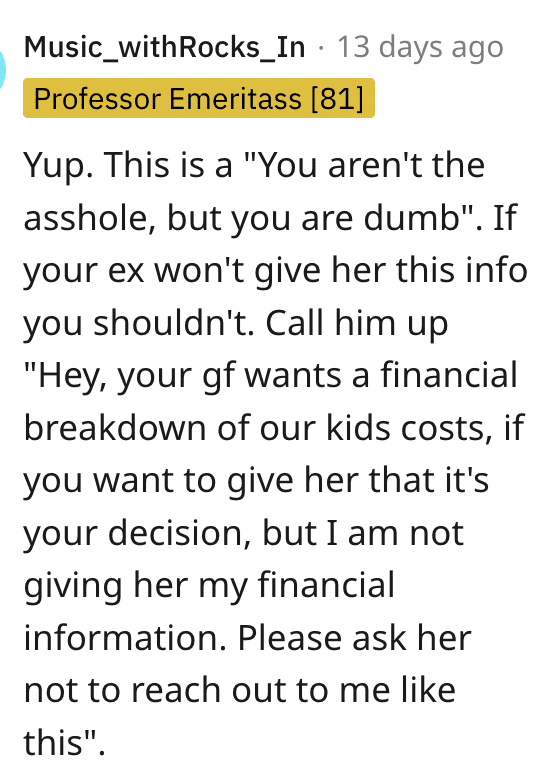 This is about the fiancee overstepping, the ex being lazy and/or bullied, and OP not realizing exactly the dynamic she’s dealing with, I think. The perfect storm.

If this was you, how would you handle co-parenting going forward? Tell us in the comments!