How Much Leeway Would You Give Your Partner If They Asked For Their Ex In The Hospital?

We’ve seen a few posts on Am I The A$$hole where people are upset with what came out of their partner’s mouths after surgery. People say all kinds of things while under the influence, and anesthesia is weird, right?

For this woman, though, things are a bit different – because her partner was asking for his ex after an accident while completely unaltered.

Her husband was in an accident and though he ended up with some fractures that were surely painful, he was not given any drugs prior to his absolute panic that his ex wasn’t there to be with him.

I’ll keep this short. My husband got into an accident a few weeks ago while on his way home from work, and was rushed to the hospital.

My mother in law called me and told me he was almost dying and i freaked out. When i got there the doctors told me he kept asking for his ex, and that they had to sedate him because he wouldn’t stop freaking out because she wasn’t there.

I thought it was okay since the car crash was so bad but the doctors told me it wasn’t. He fractured his legs and there was a minor fracture in his arm. And he wasn’t on any drugs either. He was saved from serious injuries especially brain.

OP tried not to let it bother her, and waited several weeks into his recovery before bringing the incident up.

He blew up at her, saying she “didn’t understand what they had” and got his mother involved, who berated OP for not focusing on her husband’s recovery.

I let it go at that moment because his health came first, but now that he’s home and recovering i can’t help but be bothered by it.

I brought it up last night (3 weeks after the accident ) and he went off at me saying I don’t know what it feels like to be in that position and that i made his misery about myself He said i don’t understand the dynamic between them and what they had, so i should stop bringing it up and that this wasn’t about me, and that he was allowed to ask for her since he was hurt and she would calm him down then texted his mother who berated me over it.

She says my main priority should be caring for him till he’s back on his feet.

She’s really struggling with whether or not to be petty and leave him to his past or to just drop it and let it go.

A part of me wants to be petty and leave and tell him to call his ex and ask her to take care of him instead. What should i make of this situation?

I’ve been taking care of him and catering to all his needs and i haven’t even gotten a single thank you.

Am i the a**hole for bringing it up?

What would Reddit do? They’re about to let her know!

The top comment points out this is just gaslighting at its finest. 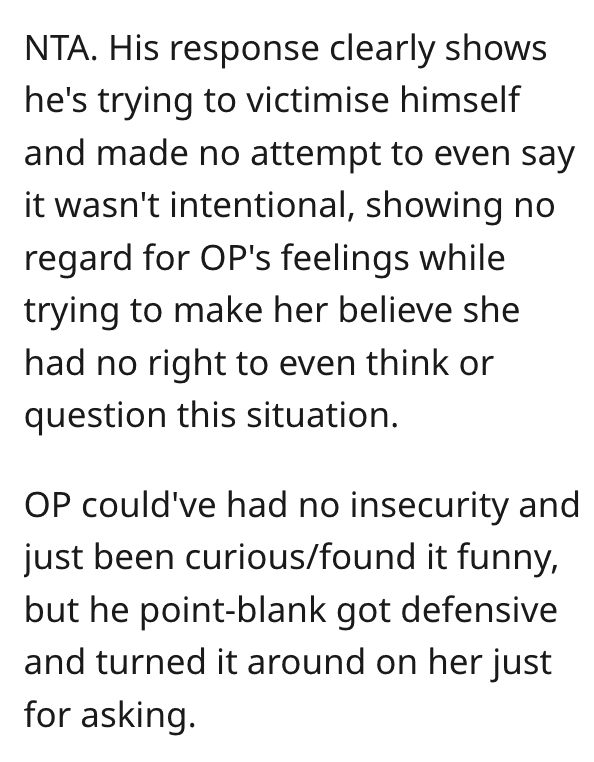 There are so many red flags with this one.

It doesn’t seem as if things are going to get better from here, that’s for sure. 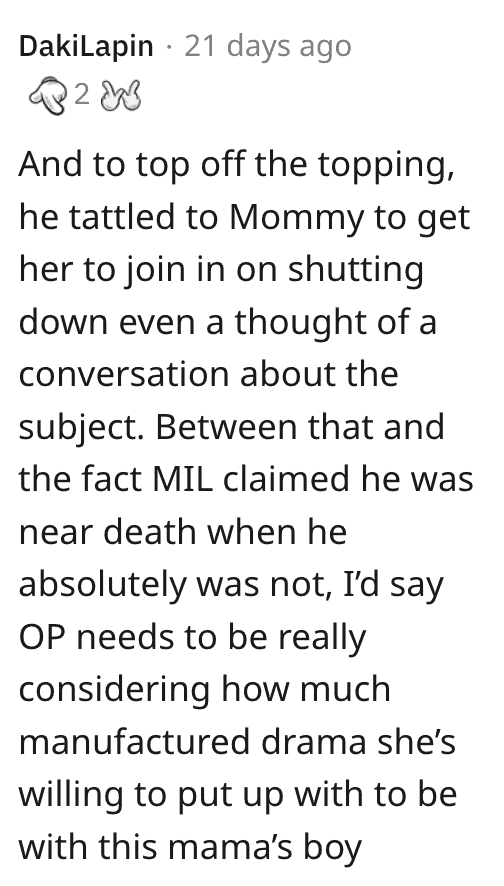 I mean really, is this guy an adult or not? 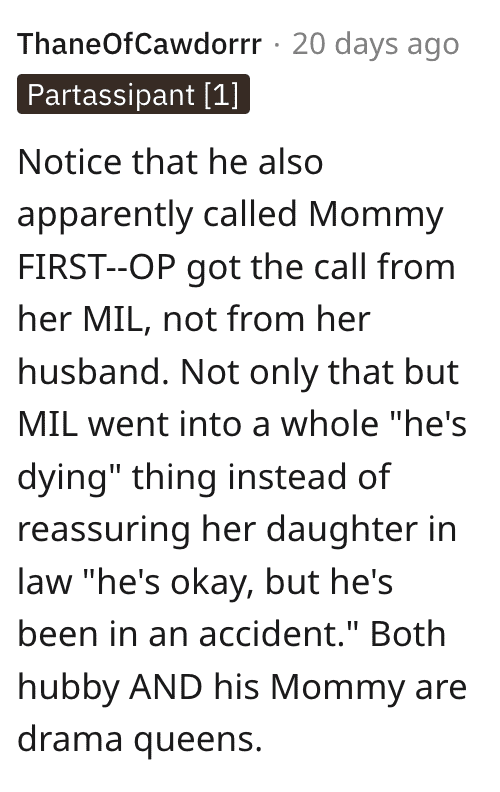 It seems like plenty of other people would have gone ahead and been petty.

Would you have stuck around or called his ex to come and deal with it? Let us know in the comments!