How do you tell your kids they won’t go pro? 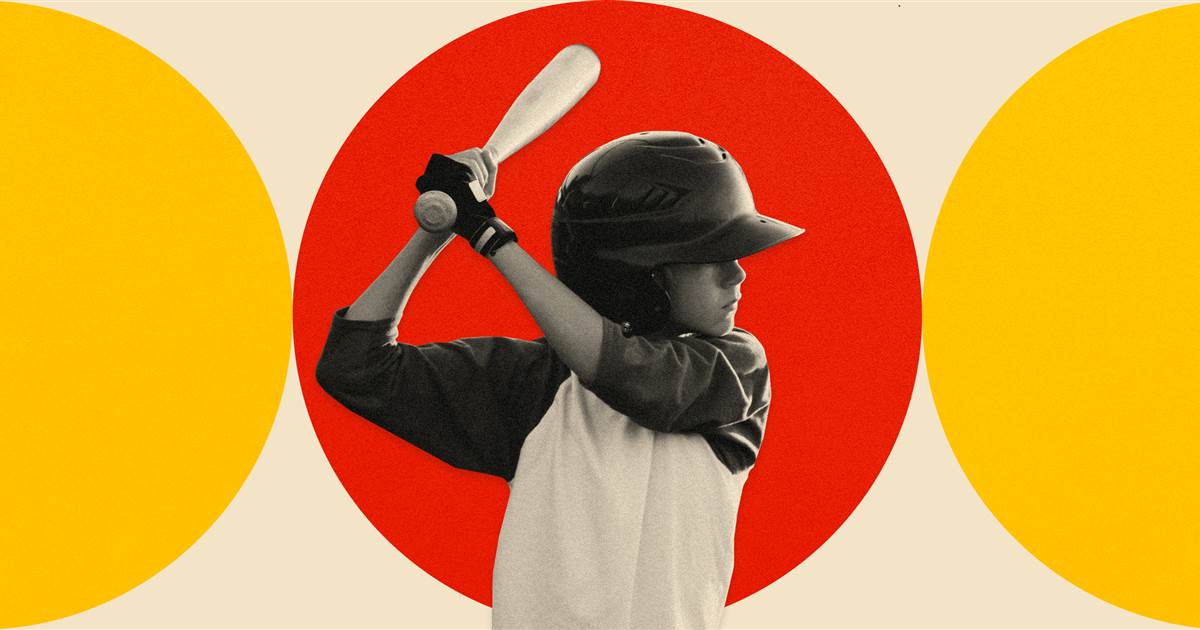 On the way to field hockey practice, my 12-year-old daughter recently declared that she wanted to play for a Division I college. “And then, the USA field hockey team!” she said triumphantly. Like many parents who have been in a similar situation, I responded with emphatic encouragement, not wanting to quash her dreams. It’s the gift of childhood to believe you can be anything you want to be; it’s the parents who get to carry the burden of reality — the effort, dedication and money involved to even attempt such a feat.

It’s the start of another season in which only a fraction of the dreams built in childhood — bolstered by thousands of hours of hard work and physical pain — get realized.

We also get to carry the weight of whether to tell our kids that their visions of the future might not line up with that reality and need to be reined in. It’s important for parents to be supportive but also realistic. With the beginning of Major League Baseball this week, it’s the start of another season in which only a fraction of the dreams built in childhood — bolstered by thousands of hours of hard work and physical pain — get realized.

I’ve yet to see my daughter’s ambition manifest in anything but enthusiasm to attend weekly practices and a fierceness during games. But that’s not to say she won’t join the kids who have taken their aspirations for professional sports very seriously, which is the case for the son of another mother I know, Fiona Spalding-O’Neal.

Unlike the quintessential “sports parents,” who are pushing their own agendas of college scholarships or professional careers, Spalding-O’Neal finds herself in the difficult position of wanting to support her 14-year-old son, Owen — who is a focused, determined young athlete willing to do everything he can to reach his goal of playing professional football — but also knowing the probability of success is extremely low and of disappointment quite high. After all, well less than 1 percent of the population plays professional sports.

In some cases, finances are the determining factor. My friend Kim Jordan has a 14-year-old daughter, Ellie, whose equestrian dreams are likely to butt up against the cost to compete at a high level. The extra clinics and coaching, not to mention the time parents themselves need to spend on their children’s ambitions, are a huge financial hardship that many families can’t afford. And that’s before care of equines is involved.

But for parents who have the means, coupled with children who are willing to put in the work even as they know that the odds are stacked against them, the lines can be blurry. Like Spalding-O’Neal, parents end up feeling damned if they do, damned if they don’t. “Sometimes I feel bad for doubting him, and he’ll say, ‘You don’t believe in me!’ But then, on the reverse, I feel guilty for supporting him. It’s not that I don’t believe in him and his ability. I just get nervous about what the realization of his dream never actually happening might do to him.”

Joel Fish, a licensed psychologist who specializes in sports psychology and is the author of “101 Ways to Be a Terrific Sports Parent: Making Athletics a Positive Experience for Your Child,” says there are three things parents should focus on to help mitigate this dilemma.

First, parents should take a hard look at why their children dream of playing professional sports. Even if parents don’t consider themselves to be pushy “sports parents,” they may be giving off mixed messages. “Are parents celebrating academic achievements as much as they celebrate scoring goals and winning games? Are they as interested and engaged in their child’s social life as they are in their sports life?” Fish asks. Parents can inadvertently push their own agenda on their kids through both verbal and nonverbal cues. Kids need to know that their parents love them and will support them whether they hit the ball or not.

Next, parents need to keep their antennae up and examine how their children are functioning in other parts of their lives, setting limits on athletics that encourage a well-rounded identity. “Teenagers don’t yet have the maturity to know how to compartmentalize and multitask. Parents need to provide that structure and discipline,” he notes. If their kids aren’t keeping up with schoolwork or they’re not seeing friends, parents need to revisit priorities and help refocus their children.

Finally, parents need to be the voice of reason with their kids, particularly in defining success. Fish suggests looking at success along four or five dimensions versus just focusing on whether the score of a game; parents can help kids understand that being healthy, learning something at practice or being a good teammate should all be considered “wins.” In broadening that definition, we help take the pressure off our kids and allow them to develop skills — like grit, determination and reliability — that they’ll use in all aspects of life.

Fish says it’s important for parents to keep an eye on their kids and re-evaluate their situations every year. Parents need to look at things like whether their kids are more motivated to attend practice or have to be dragged to go. They should explore, for instance, whether their children identified as “basketball players” but now define themselves as “liking to play basketball.” That seemingly small shift actually says a lot about the role of the sport in their lives and how much of a priority it should be. These observations can help parents know whether it’s time to pull back and change course or continue full speed ahead.

Identifying those subtleties is the kind of thing that helps parents do their job, which actually isn’t supporting their children’s dreams of professional sportsdom, no matter how determined they may be. It’s ensuring that kids develop into healthy, well-rounded human beings.

Kristen Chase is a writer and author and CEO/co-publisher of CoolMomPicks.com. She lives in the suburbs of Philadelphia with her four kids.