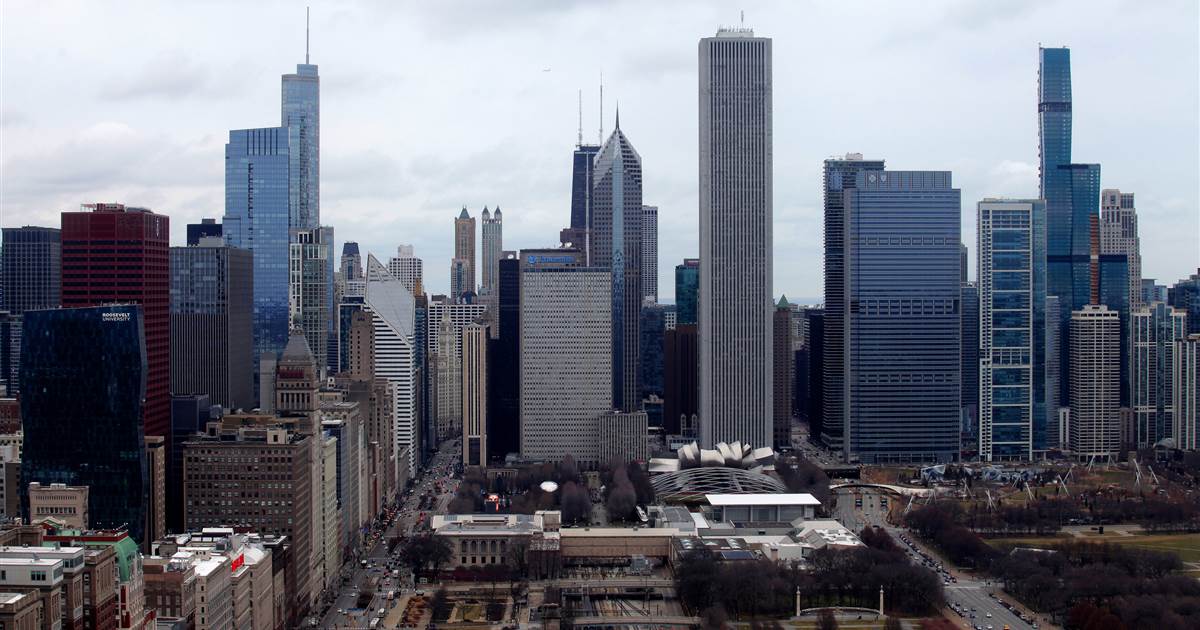 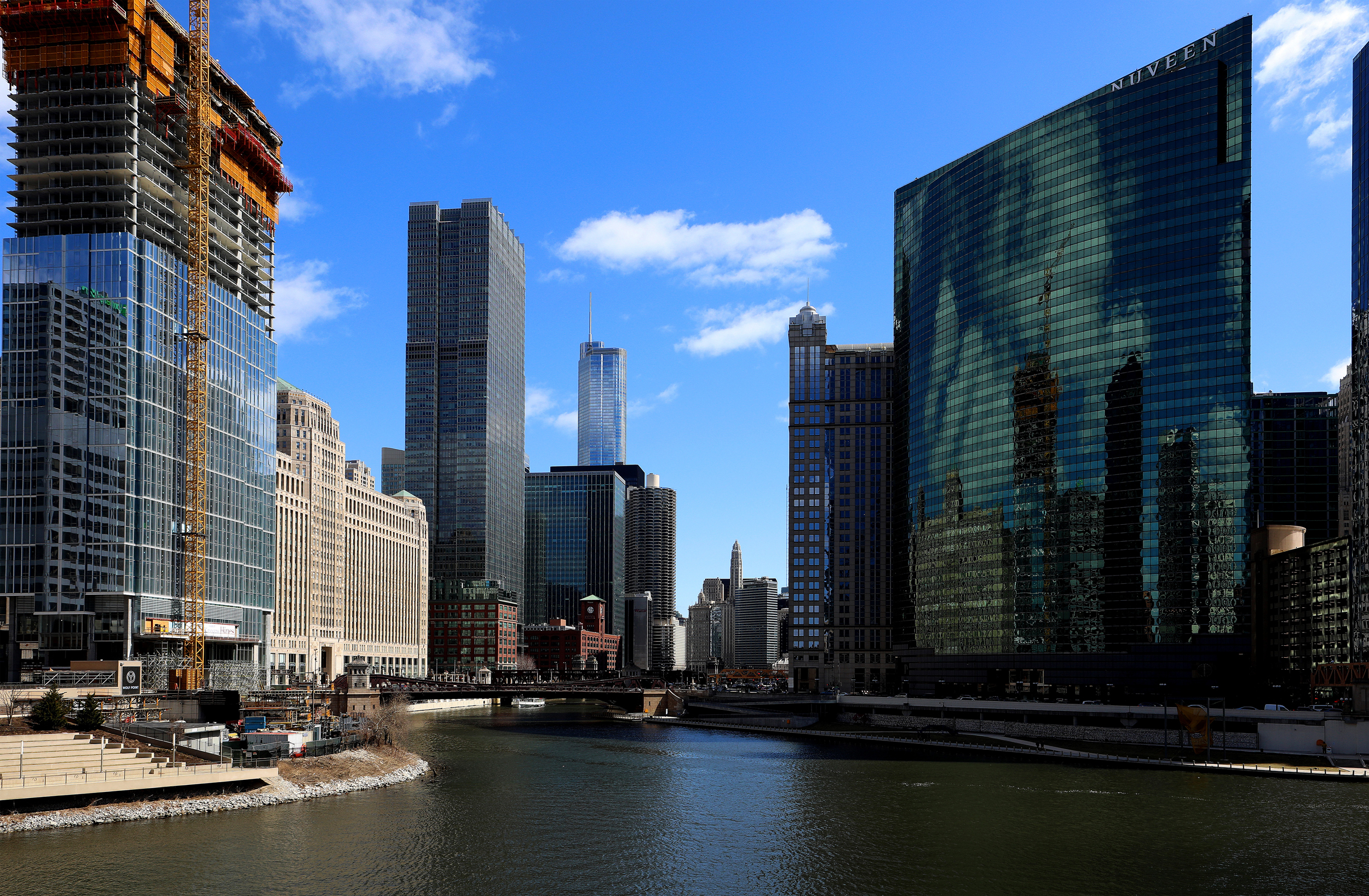 CHICAGO — Government-backed affordable housing in Chicago has largely been confined to majority-Black neighborhoods with high concentrations of poverty over the last two decades, a design that has perpetuated the city’s long history of segregation.

As the neighborhoods faced rising divestment, gun violence and food deserts, the lack of affordable housing in other parts of the city restricted many people of color from leaving.

Chicago Housing Commissioner Marisa Novara said the city has tweaked its qualified allocation plan to encourage developers to submit proposals for new affordable housing in parts of the city that are higher-income and amenity rich and that have traditionally excluded lower-income people and people of color. She said the city is prepared to pay more to acquire land in such areas.

The city last month published the results of a self-conducted racial equity impact assessment, which examined how different racial and ethnic groups are or will be affected by existing or proposed programs, policies or decisions.

While such assessments aren’t new, Chicago says it’s the first time a city has actively taken stock of its own racial equity when it comes to federal dollars from the Low-Income Housing Tax Credit program, the largest source of funding for new affordable housing in the U.S.

The assessment revealed that the city’s low-income tax program has developed or preserved about 10,000 low-income units since 2000, with 60 percent of the funding going to high-poverty areas.

Broken down by race, however, the allocations were stark.

The majority of Chicago’s low-income developments have been new construction in high-poverty, majority-Black areas, with a quarter in higher-income “opportunity” areas, even though only 35 percent of city tracts have majority-Black populations.

“Infamously, Chicago is one of the most segregated cities by race and income. We have a disproportionate number of affordable rental housing units in majority-Black spaces because, fundamentally, our biggest source of racism is anti-Black racism. That is how we function as a country,” Novara said. “Because there was this fear and racism of not letting Black people expand into other parts of the city, more and more housing was built on the South and West sides.”

The city said it will use the sobering data to restructure the Low-Income Housing Tax Credit program to reflect racial segregation by pushing development in highly resourced, amenity-rich areas, giving residents more choices and mobility.

The city, which is allocating $61 million for 2022 and 2023 low-income tax credit developments, has opened a public comment period on the developer application until April 15.

The Low-Income Housing Tax Credit program, which was created in 1986, accounts for about 90 percent of all affordable rental housing in the country. The program is run by the Treasury Department, which provides tax incentives to encourage developers to create affordable housing. The tax credits are given to states — or, in some cases, cities like Chicago — based on population, and they are distributed according to affordable housing needs through the qualified allocation plan process, which acts as an application for developers.

The low-income tax credit program is different from Section 8 or public housing. Generally, “tax credit units are set aside for households with incomes at or below 60 percent of the local median income with rents no higher than 30 percent of that maximum income level, and owners must meet these affordability requirements for at least 15 years,” according to the Center on Budget and Policy Priorities, a progressive research organization.

To qualify in Chicago, which adjusts for family size, a family of three would need to earn $49,140 or less to meet that mark.

However, the allocation plan has two other options to adjust the median income requirement, one of which would be affordable for households earning up to 50 percent of an area’s median income.

Other than a few general guidelines, the federal government doesn’t give much guidance for how to direct funding, said Shamus Roller, executive director of the National Housing Law Project, a tenants’ rights activist group.

“The federal government is not prescriptive about where in a given city or how much gets built in higher-opportunity areas or any of those things, so, in practice, what it’s been is that mostly across the country, it’s developers making those decisions about where our properties get built,” he said.

“One driver for them is lower-poverty neighborhoods tend to be more expensive to buy the land, but also you run into real racism and class discrimination if you’re going to try to put it in a low-poverty neighborhood, which may dissuade some from building,” Roller said.

“This is not a reflection of some kind of extremely unique problem that’s going on in just Chicago, but it’s also just one piece of the puzzle of segregation,” said Tracy Hadden Loh, a fellow at the Brookings Institution who studies residential segregation. “It’s a particularly important piece, because as bad as racial residential segregation is in the U.S., when you combine it with income segregation, that kind of stacks the inequity.

“It’s a problem if Black people are confined and isolated in a specific set of neighborhoods where they can then be targeted by some kinds of policies, such as overpolicing,” Loh said, “and where policies can also withhold things like access to quality jobs, high-quality food or open space, because that just kind of layers on the ways in which structural disadvantage is being concentrated and magnifies the ways in which all of these impacts can come together.”

Loh said that if state or local governments are looking to reduce segregation, using tax credit housing, as Chicago does, is a good place to start.

“This is one of the things that’s on the table that the public sector can actually pull a lever on,” Loh said.

And the benefits of such initiatives could be far-reaching.

A seminal 2015 housing study conducted by Harvard University economist Raj Chetty found that children under 13 whose families took up experimental vouchers to move to lower-poverty areas were more likely to go to college and had higher average earnings than children who didn’t move — about a 31 percent increase in earnings by their mid-20s. “These children also live in better neighborhoods themselves as adults and are less likely to become single parents,” according to the research.

Reality has been much more challenging for similar integration initiatives.

While opposing groups will cite reasons like safety and property values, what it really comes down to is race, said Ann Lott, vice president of housing initiatives for the Inclusive Communities Project, who worked on fair and affordable housing initiatives in high-opportunity parts of the Dallas area.

“They see affordable housing as equal to housing for low-income Black people, and that’s what they’re fighting against,” she said. “They may argue that it’s not, but when we start reading their blogs, reading their social media posts, it’s typically loaded with racial undertones.”

Chicago’s housing advocates say they are cautiously optimistic about the plan to push forward with mixed-income housing.

“There is just such a legacy in our city of unspoken racism and all of these dog whistle politics, but it’s great to see at the city level that there is a commitment,” she said. “Changing hearts and minds is one thing, but it’s the systemic changes that need to be made, and this seems to be the start of it.”