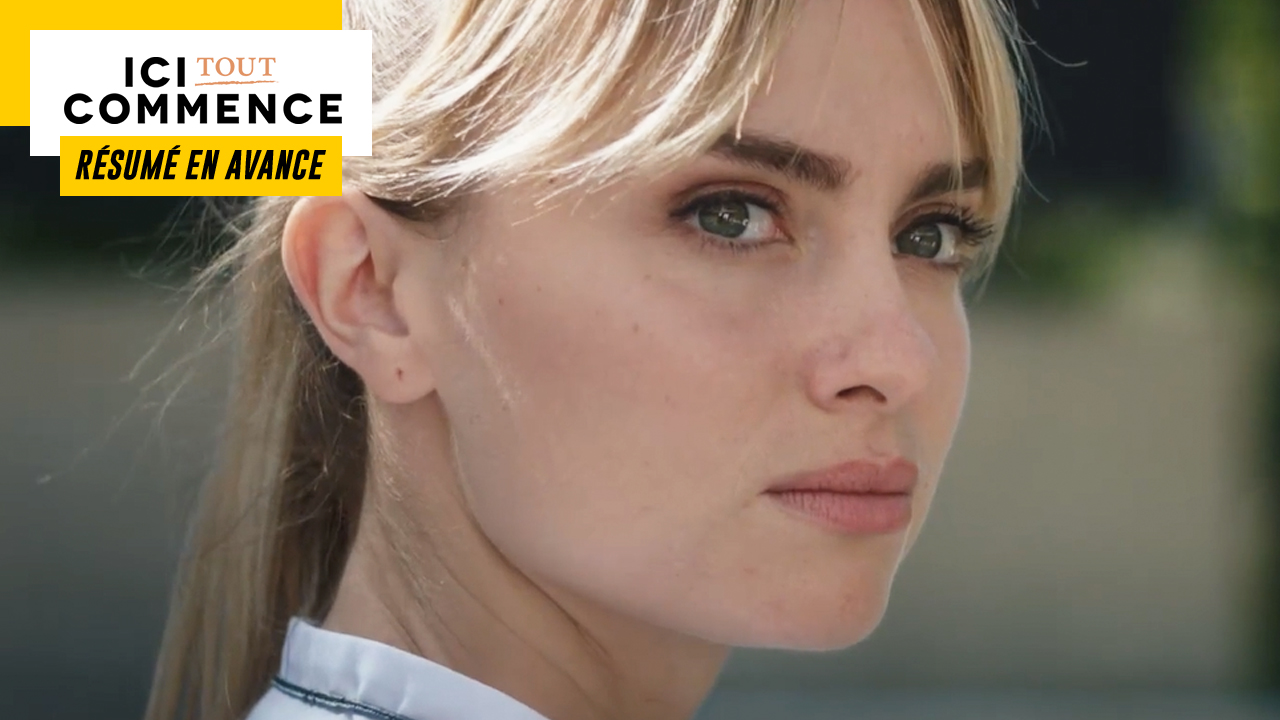 In the next episode of “Here everything begins”… Anaïs becomes the chef of the next pop-up restaurant and Tony confides in Kelly surprisingly. As for Louis, he is not losing his temper.

Friday, September 23 in Here it all starts…

ANAÏS BECOMES THE CHEF OF THE NEXT EPHEMERAL RESTAURANT

Early in the morning, Lisandro puts his girlfriend up against the wall about Mathieu. She then explains to him that she didn’t want to talk to him about it because it was beyond her strength. The young woman admits that the death of her brother was extremely brutal, but that she still managed to put this drama in a corner of her head over time. However, David’s arrival brought back his painful memories. Anaïs then admits with great emotion that she is happy to be able to talk about it with someone who understands what she has been through. And unfortunately, Lisandro does not have the reaction she expected at all, since he gives her a fit of jealousy about her ex-boyfriend. The young woman is appalled…

A little later, Anaïs accuses her best friend of having told everything to her boyfriend. Salomé then explains to him that Lisandro was convinced that she was cheating on him with David and that she preferred to tell him the truth. However, her friend feels she should have covered for her since her boyfriend is now holding her accountable. Anaïs tells her that she is a hypocrite and that she no longer wants to see her.

For his part, Lisandro settles his accounts with David. He asks her to leave his girlfriend out of her nonsense since he knows he stole Charlene’s stuff the night before. The professor also wants them to stop seeing each other, since Anaïs must devote herself fully to her career. However, David balances him that they are linked for life since he considered Mathieu as his brother. The young man also cares a lot about her and he will stop seeing her only if it is his will.

During this time, Charlène provokes Anaïs by evoking her potential separation with Lisandro. The young woman who was in full preparation for her event completely loses her means. For his part, Livio encourages him to think only of the kitchen since he is convinced that they will win the event.

Anaïs takes revenge for her best friend’s betrayal by taking all the apples on her counter, which prevents her from making her dessert. Salomé then tries to fix the situation by apologizing again, but in vain. For Anaïs, she is a hypocrite who seized the opportunity to increase her chances of winning the pop-up restaurant. The tone then rises between the two young women until Enzo reminds them that they are in full ordeal.

Time for tasting! Chef Teyssier is totally won over by Salomé’s suggestions, which he finds technical and consistent on the plate. For her part, Rose prefers Anaïs’ dishes and points out that her dessert is far superior. Chef Meyer then recognizes that her bouquet of roses pie is particularly successful. The tone rises during the deliberation between Emmanuel and Rose who have very different points of view. Chef Meyer is overwhelmed by their behavior and wants to take the time to think things through before making a decision.

Later, the heads of the master are gathered in the amphitheater. Chef Meyer announces the chef of the next pop-up restaurant, and it’s Anaïs. She explains that the quality of her dishes, all in sobriety and emotion, made the difference. The young woman then explodes with joy and thanks Livio for his help. Salomé also congratulates her but her best friend is not ready to forget her betrayal. However, the two young women will have to work together, which implies that they will have to talk to each other. Anaïs then tells him that she does not intend to give him a gift.

Kelly finds her mother’s attitude very strange since her breakup with Guillaume. Normally, she cries over romantic comedies while lamenting, but not this time. The young woman does not understand her behavior with Tony, especially since he seemed to have chemistry between them. For his part, Lionel thinks that Laetitia does not want a new relationship for the moment, but Kelly is convinced that she is hiding something from him.

Meanwhile, Tony invites Laetitia to dinner tonight to celebrate his return because he felt her a little distant during lunch at the coffee shop. The young woman appreciates his proposal, but does not want him to get any ideas. Indeed, she has been thinking a lot lately and finally prefers that they remain friends. Tony then pretends to accept her decision.

A little later, Tony explains to Kelly that unfortunately nothing will happen between his mother and him. The young woman hopes that they will still manage to remain friends, which he confirms to her. However, he regrets having made films on his side and confides to him that it is not the first time. He then takes the opportunity to confess to her that he imagined that she was his daughter since her birth coincides with their relationship, but Laetitia told him that this was not the case. This news greatly upsets Kelly who cannot hide her emotion…

Kelly continues to think about Tony’s confidences. The young woman also thinks that the dates match and believes that her mother could very well have lied to her. According to her, this is not a coincidence and she intends to have the heart net.

LOUIS DOESN’T GET OFF

For Olivia, Claire made the right decision by reporting her son’s unacceptable behavior with the second graders. However, Chief Guinot is saddened by the situation even though she has stopped feeling guilty about Louis. She also thinks that something has definitely broken between them. Claire admits to him that she no longer knows how to act with her son, but for Olivia, she should simply stand up to him. Chief Listrac believes that she is a beautiful and strong woman, and that she should not allow her life to be ruined like this by Louis. According to her, her friend had better cut the cord once and for all.

A little later, during her cooking class, Claire asks Ambre and Jasmine to respect the class schedule, even if a teacher asks them to stay.

Louis in turn gives a course to second-year students. The chef points the finger at Jasmine that her vegetables are overcooked and asks her to start over. However, the student believes that she has respected the cooking time, which infuriates her teacher. The young woman prefers to continue her preparation to have a plate to offer her but that does not interest her. Indeed, Louis wants the result to be impeccable and encourages him to stay longer after the course to start over. However, Jasmine does not intend to repeat the same error again. Amber then intervenes and tells him that the chef Guinot asked them to respect the schedules. For his part, Louis cannot hide his frustration.

At the end of the day, Louis is not angry about his mother and lets his girlfriend know. He can’t stand her questioning his authority in this way with his students. However, Charlène can’t get enough of his stories with his mother and compares him to a child who has a tantrum. The young woman points out to him that he is not the only one to have problems to manage. He then realizes that he has exceeded the limits and offers her to organize their wedding instead.