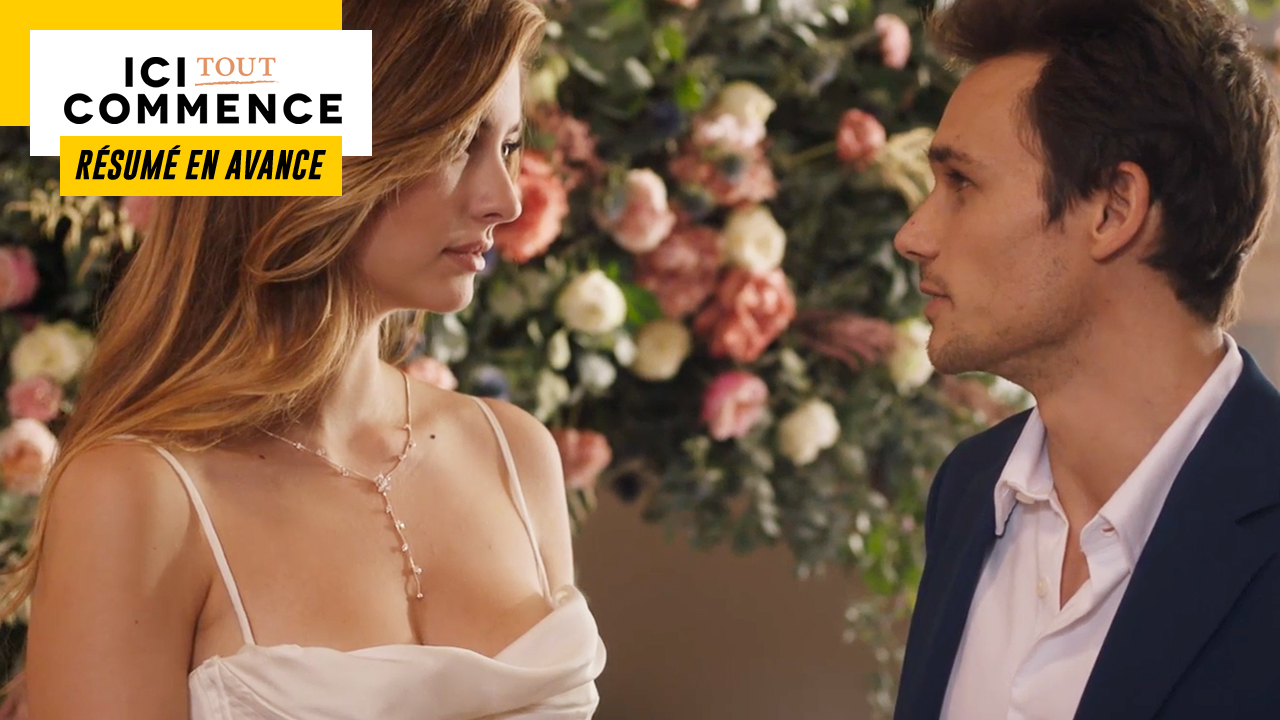 In the next episode of “Here it all begins”… Charlène and Louis get engaged and Ethan Cardone is going to take the institute exam. As for Laetitia, she makes things clear with Tony.

Friday, August 26 in Here it all starts…

CHARLENE AND LOUIS GET ENGAGED

Charlène and Louis have decided to maintain their engagement party despite their altercation with Claire. Early in the morning, the young woman is very anxious and fears that the preparations will not be completed in time. Constance then suggests that he postpone the event, which could calm things down. However, Charlène points out that everyone will be busy preparing for the competition next week and that the double A will no longer be available. His mother then suggests postponing it for a month, which will perhaps give Claire and Emmanuel time to change their minds. However, the young woman believes that they should no longer wait after all the worries they have encountered.

A little later, Salomé agrees to take care of the engagement menu for Charlène and Louis in Claire’s absence. She points out to them all the same that she won’t be able to do it alone in time and that she intends to ask Lionel and Kelly for help. The couple is also ready to help them in the kitchen so as not to disappoint their subscribers who have chosen the menu for the event.

Louis announces the continuation of his engagement with Charlène to Hortense and Mehdi. The young man tells them that their pathetic attempt to try to separate them didn’t work. He also thinks that they also published the photo of his kiss with Jasmine on social networks, which Mehdi confirms to him. Chief Guinot makes them understand that he intends to take revenge and that he will do it when they least expect it. The reprisals will also be so violent that they will regret, according to him, having stayed at the institute for their third year.

In the kitchen, Charlène is increasingly stressed when she receives a major surprise: Théo is back. The young man decided to go back and forth when he learned that the engagement was maintained. If he already has to leave the next morning for London, he is ready to lend a hand to help them finish on time.

Later, Charlene tries to convince her stepmother to attend the engagement as she is Louis’ only family but to no avail. For her part, Claire believes that they are not ready to get engaged and refuses to promise her anything.

The engagement party begins! Charlène and Louis are live for their subscribers and show them their beautiful outfits. The couple then greet their guests when Charlene falls to Axel and Jasmine. The young woman then sincerely apologizes to her.

Louis makes a speech that moves the whole room before kneeling down and officially asking the woman he loves in marriage. Charlène accepts without hesitation and also has a gift to offer him: a sublime watch. Then, Constance confides in her daughter that she only wants her happiness, even if that means that she is in a relationship with Louis.

Charlène and Louis want to wait for the situation to calm down with their parents before setting a date for their wedding. For her part, Constance is convinced that they will eventually convince them, and it could happen sooner than they think. Indeed, Emmanuel decided against all odds to join them. If the chief is not a big fan of Louis, he is happy for his daughter and congratulates her. He then tells her that he loves her and hugs her.

ETHAN CARDONE WILL PASS THE COMPETITION OF THE INSTITUTE

Ethan accidentally bumps into Axel and apologizes. He is looking for Antoine Myriel’s office to submit his registration file. The two young men then introduce themselves to each other without specifying their surnames. As the conversation progresses, they understand that they will be competitors during the contest which begins next week. Then, Ethan asks him if he can show him around the building since he seems to know it very well, which he accepts without hesitation.

During the visit, Axel quickly understands that his new comrade is going to be a tough opponent. Indeed, this one recognizes at a glance the recipe executed by Salomé for the engagement buffet of Charlène and Louis. He even admits that he knows all of Auguste Armand’s recipes. Ethan then explains to him that his mother also works in the gastronomy and that she instilled the basics in him. However, he fears that this is not enough to impress Chef Teyssier. And if Axel had not yet told him anything about his relationship with the director, he ends up betraying himself by saying that he must prepare for the engagement of his cousin: Charlène Teyssier.

A little later, Ethan finds his mother who is none other than Chief Cardone! He then explains to him that he met another candidate named Axel with whom he sympathized. Annabelle understands right away that it is the nephew of chef Teyssier and asks her son to crush him during the competition.

The situation becomes complicated before the start of the competition. Finally, Teyssier has prepared all the tests in his corner and they have to wait for his instructions to prepare everything. Chef Armand advises Laetitia to rest well this weekend since next week promises to be very busy. Indeed, they will have to adjust the schedules and distribute the candidates in balanced groups at the last moment. Laetitia then announces to him that she will not be available because she has to go to a legal training course to learn contract management. Her absence having already been validated by Antoine, she can no longer cancel it. For her part, Clotilde is totally annoyed.

A little later, Joachim tastes several coffees at the coffee shop with Gaëtan and Tony. He tells them that Clotilde is in a panic because they are not ready for the entrance examination which begins on Monday. In addition, Laetitia must leave for several weeks for training, which complicates the situation. This news then surprises Tony who does not understand why the young woman did not tell him anything about her departure.

Tony finally decides to visit Laetitia. The young man thinks that his departure has something to do with their relationship, which displeases his friend. He admits to her that he is also lost since he thought that she was receptive to his feelings; but that no longer seems to be the case. Laetitia then begins to lose her temper and tells him that she has other things to deal with at the moment before asking him to leave.

At the salt marshes, Laetitia apologizes to Tony. She admits to him that she did not remain indifferent when he confessed his feelings to her, but she does not yet feel ready for a new romantic relationship. Tony then asks her if they can still remain friends, which she accepts. Then, they hug each other before leaving each other for several weeks.