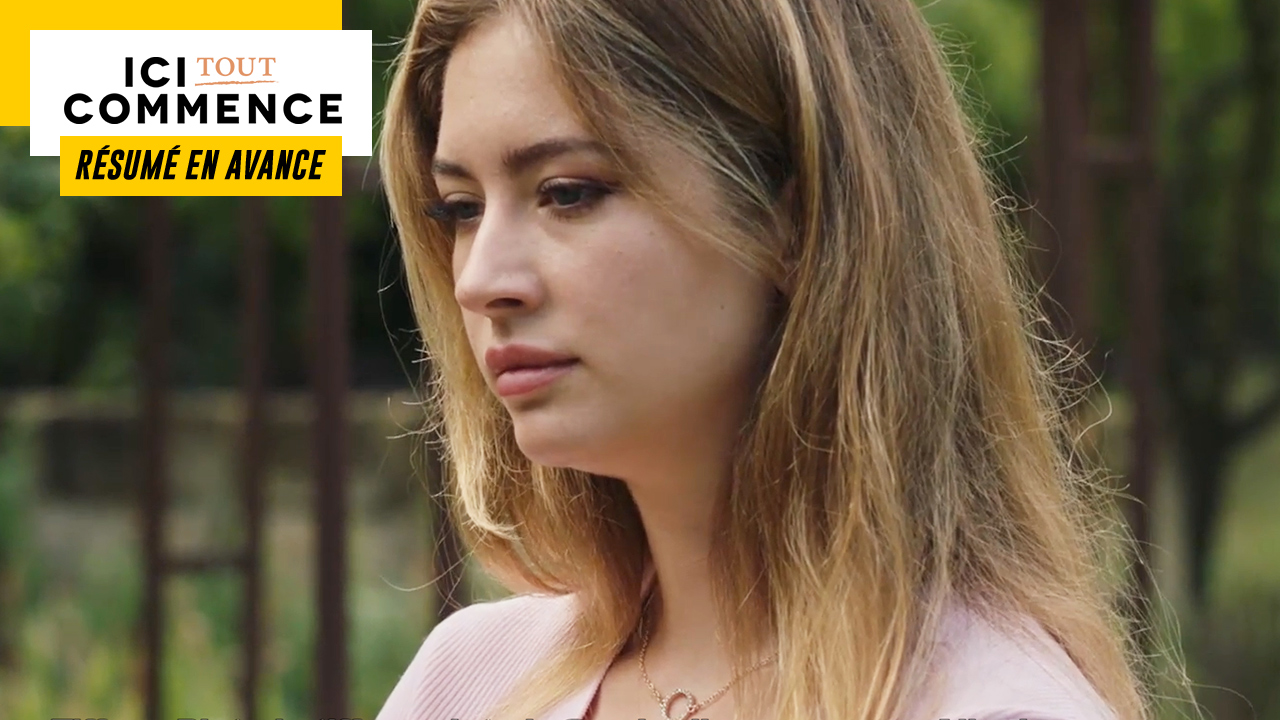 In the next episode of “Here it all begins”… Charlène accuses Jasmine of having stolen Claire’s ring and the tests of the competition do not suit Lisandro. As for the vegetable garden, it is in danger because of a bacterium.

Wednesday, August 24 in Here it all starts…

The situation has still not improved between Charlène and Louis. Chef Guinot then asks Lionel to replace her this afternoon at the Pop-Up. They are interrupted by Jasmine who comes to check on him after the photo is published. But the young man is very cold with her and points out that they are not friends for all that. For her part, Jasmine comes to offer her help to try to fix things with Charlène but he doesn’t think it’s a good idea. As the tone rises, Lionel and Kelly intervene.

At the Pop-Up, the students try to figure out who could be so mad at Louis for posting the photo of his deception. They list a good part of the institute until Louis understands that this revenge story is precisely linked to the ephemeral restaurant.

A little later, Louis makes a scene in the kitchens of the double A. He is convinced that Mehdi and Hortense posted the photo on social networks to get revenge for the fact that they recovered the Pop-Up. Even if the couple denies any involvement in this story, Chief Guinot promises them that they will regret it.

For her part, Hortense feels guilty for what they did to Jasmine, but also for the theft of Charlene’s engagement ring. Indeed, the couple recovered it after the Teyssier girl threw it the day before in the vegetable garden. If his girlfriend thinks it was ultimately a bad idea, Mehdi believes that Claire will make her beautiful daughter’s life unlivable when she learns that she has lost something precious to her.

At the same time, Claire tries once again to calm the situation between Charlène and Louis. She asks her daughter-in-law to think more before officially canceling their engagement, but the young woman refuses to live in such conditions. Chef Guinot then decides to ask him again for the ring she gave him for the occasion. But Charlène lies and pretends to have left her in her room.

Later, Jasmine joins Charlène who is desperately looking for her engagement ring in the vegetable garden. The young woman insists on apologizing and admits to him that it was she who kissed Louis. She also hopes that she will not give up her engagement only because of a stupidity. For her part, the Teyssier daughter believes that her boyfriend could very well have said no to her, but he did not. If Jasmine thinks they shouldn’t break up because of this story, Charlene totally rejects her opinion.

At the end of the day, Charlène announces to Claire that someone stole her ring. Chef Guinot is totally devastated since she had great sentimental value. But the Teyssier girl promises him that she has always been careful and also affirms that Jasmine took her.

CONTEST PROOFS ARE NOT SUITABLE FOR LISANDRO

Clotilde has taken the preparation of the competition tests very seriously and is already proposing a plan to Antoine and Lisandro: a technical test during which they will have to clarify a white consommé, a classic test during which they will reproduce the lobster pannacotta and bisque of fennels from Auguste Armand and finally, a pastry test during which they will revisit a black forest. Nevertheless, chef Armand has not planned a room test to the great surprise of Lisandro. She has decided to follow the process put in place by her father and believes that her discipline is not the institute’s priority, unlike cooking. However, Myriel tries to calm the situation by asking Clotilde to replace one of the tests but in vain. After all, apprentices want to join the institute for its culinary prestige.

A little later, Lisandro expressed his dissatisfaction to the headmaster. He can’t stand that there is no room test during the competition. And if Antoine shares his point of view, he still thinks that students do not need prerequisites to excel in service afterwards.

Indoors, Lisandro is obnoxious to Deva when he notices she left a stain on a water glass. The teacher raises his voice so much that all the customers look at them. So he decides to fire the student to punish her for her lack of rigor. Anaïs attended the scene and urged her boyfriend to go get some fresh air to calm down.

After the service, Antoine does not understand Lisandro’s behavior towards Deva. He met a little earlier the young woman who was not well. For his part, the teacher believes that she should have been more conscientious but also that the way he manages the students is none of his business. After the service, Antoine has a heated discussion with Lisandro about his behavior with Deva. The teacher does not take off and makes him understand that he manages his students as he wishes. Clotilde overhears their conversation and believes that Lisandro shouldn’t put himself in such a state. She finally agrees to discuss a potential hall test during the competition.

A BACTERIA ENDANGERS THE VEGETABLE GARDEN

Early in the morning, Clotilde asks Souleymane if he has enough tomatoes in the vegetable garden for the different recipes she wants to offer to the double A. The young person assures that he has different qualities and that their quantity is sufficient to satisfy everyone. customers. Moreover, he estimates that from now on, the vegetable garden is the only supplier of the restaurant.

Later, Souleymane and Deva discover that a fungus is devastating all the tomato plants in the vegetable garden. The young man cannot believe it, he took care of it with great care and unfortunately that was not enough. So he thinks that the heat and the humidity have got the better of part of the plantation. If this problem does not concern all the tomatoes, he thinks that the remaining quantity will not be enough for Clotilde.

Clotilde is upset when she learns of Souleymane’s problem in the vegetable garden. After their discussion, she canceled their usual supplier, thinking she could trust him. While the young man offers to modify his recipe, the chef categorically refuses since the customers do not have to suffer from the situation.

At the end of the day, Souleymane fears that he will never again gain the confidence of chef Armand. He regrets that the tomato is the main ingredient in his recipes since he has many other fruits and vegetables in reserve. So, Deva believes that a menu can always be adapted by finding alternatives already present in the vegetable garden. The young woman thinks they should first talk about it with the chef Listrac who is very receptive to this kind of initiative.