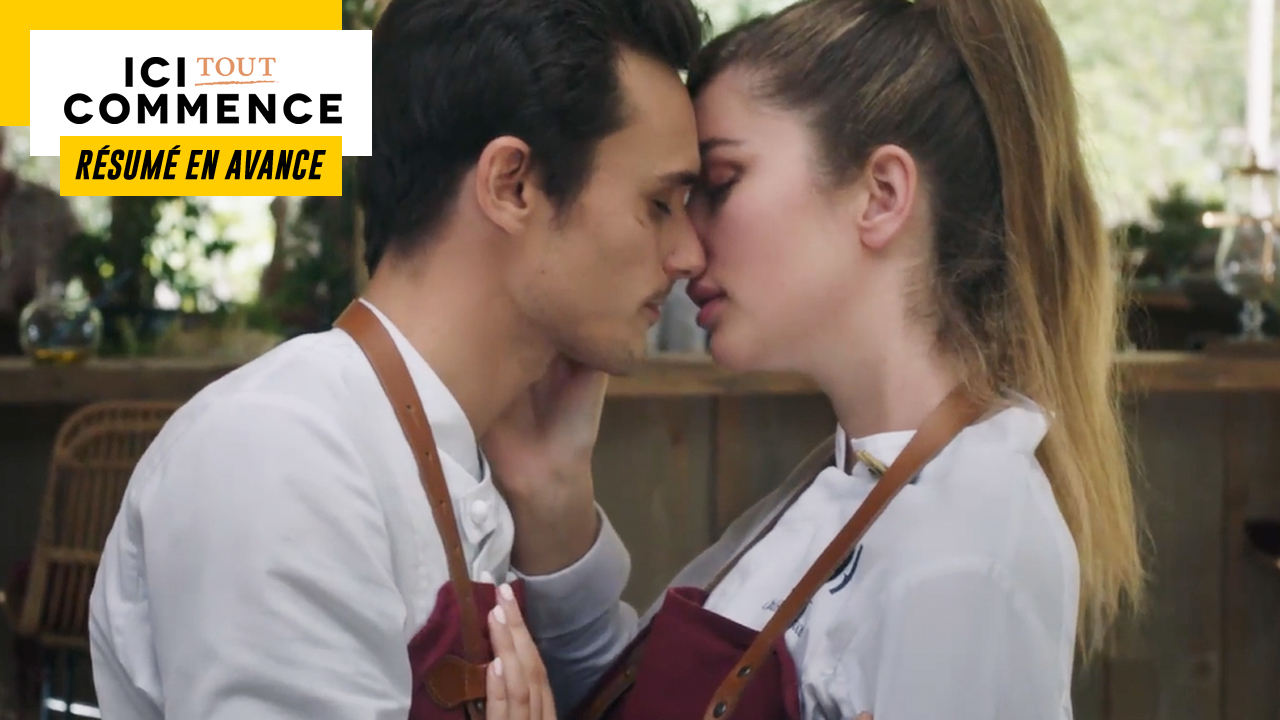 In the next episode of “Here it all begins”… While Louis Charlene’s reconciliation promises to be short-lived, Tony and Laetitia break the ice. At the same time, Enzo takes up the challenge of the chef Listrac.

Monday, August 22 in Here it all starts…

THE RECONCILIATION OF LOUIS AND CHARLÈNE PROMISES TO BE SHORT-LIFE

Charlène is still angry with Louis but at the same time, she misses the young man terribly. For her part, Constance is certain that he really loves her. Only, the Teyssier daughter knows full well that Louis will always put his personal ambition before the rest. Constance then makes him understand that only she can know if she is ready to accept that side of him.

For her part, Clotilde is overwhelmed with work. With Teyssier’s hasty departure, chef Armand cannot prepare for the competition and oversee the double A. That’s why she assigns Louis to replace her until Theo returns. Against all odds, Louis refuses because he feels he has done too much damage to the Teyssier family and now wants it to stop.

Touched by what he said to Clotilde, Charlène tells Louis that she is ready to forgive him on the condition that he never harms his family again. To seal their reconciliation, they kiss and then even decide to maintain their engagement.

Louis then arranges to meet Jasmine in the vegetable garden and asks her to keep the kiss they exchanged a few days earlier a secret. If Jasmine thinks they should tell Axel and Charlene the truth, Louis excludes her because he has just reconciled with the woman he loves. He therefore makes his friend promise not to say anything.

Later, Claire walks in the gardens of the institute and is delighted to see that Louis and Charlene have reconciled. Since the engagement is maintained, the chef Guinot offers to take care of the buffet which will be on the theme of “romance around caviar”. To help her prepare everything, Claire suggests calling on Salomé, which Louis and Charlène accept without hesitation.

Meanwhile, Axel goes to the roommate to have a chat with Jasmine. Indeed, the young man has the impression that she has been avoiding him since their argument. Jasmine then affirms that this is not the case and even declares that she does not hold a grudge against him anymore. Although uncomfortable, she kisses him to prove that everything is fine. When Axel offers to accompany her to the inauguration of the coffee shop, Jasmine declines because Naël is still taking a nap.

At the end of the day, Claire, Louis and Charlène are at the Guinot’s to toast the engagement of the young couple. While the atmosphere is in a good mood, Charlène receives a photo on Instagram of Louis and Jasmine kissing…

TONY AND LAETITIA BREAK THE ICE

For her last day of internship, the chef Listrac organized a small graduation ceremony. After having urged Axel to concentrate on the competition because he has every chance, she congratulates Solal on his progress. Olivia also salutes the work of Gaëtan and Tony. The latter then take the opportunity to invite everyone to the inauguration of their coffee shop which will take place this afternoon.

Subsequently, Tony and Gaëtan meet Laetitia and proudly show her their hard-won diplomas. To celebrate, Tony invites the young woman to the inauguration of the coffee shop. Uncomfortable since Gaëtan’s revelations, Kelly’s mother declines on the pretext of having work. As Tony asks himself many questions, Gaëtan admits having told Laetitia that he had a crush on her. Obviously, Tony takes it badly.

In the afternoon, many people moved for the inauguration of the coffee shop. Even Laetitia finally decided to come, which is not to displease Tony who seizes this opportunity to have a discussion with her. Seeing that she has been asking herself a lot of questions since Gaëtan revealed to her the true nature of her feelings, Tony explains that her accident has changed a lot of things.

Indeed, it made her think of the people who had meant a lot in her life, including her. So he wanted to see if what they had felt as teenagers was still there and if there was not a sequel to their story. When he saw Laetitia after all these years, his feelings resurfaced but she was already in a relationship. Even if she is now single, Tony does not want to force anything. In turn, Laetitia admits that it’s a little disturbing for her and that she likes him too…

In Theo’s absence, chef Listrac takes over the reins of the double A. For the vegan day, Olivia therefore asks Enzo to adapt the desserts on the menu. With the help of Amber and Tom, he accepts the challenge. However, the first attempt fails, so Enzo must try again until he succeeds.

In the dining room, customers are beginning to get impatient. Indeed, the desserts are still not ready. Enzo therefore has no choice but to send his pastries to the dining room without having the chef Listrac taste them beforehand. Of course, Olivia immediately gives him a soap and then decides to taste his dessert. Fortunately, she finds it delicious.