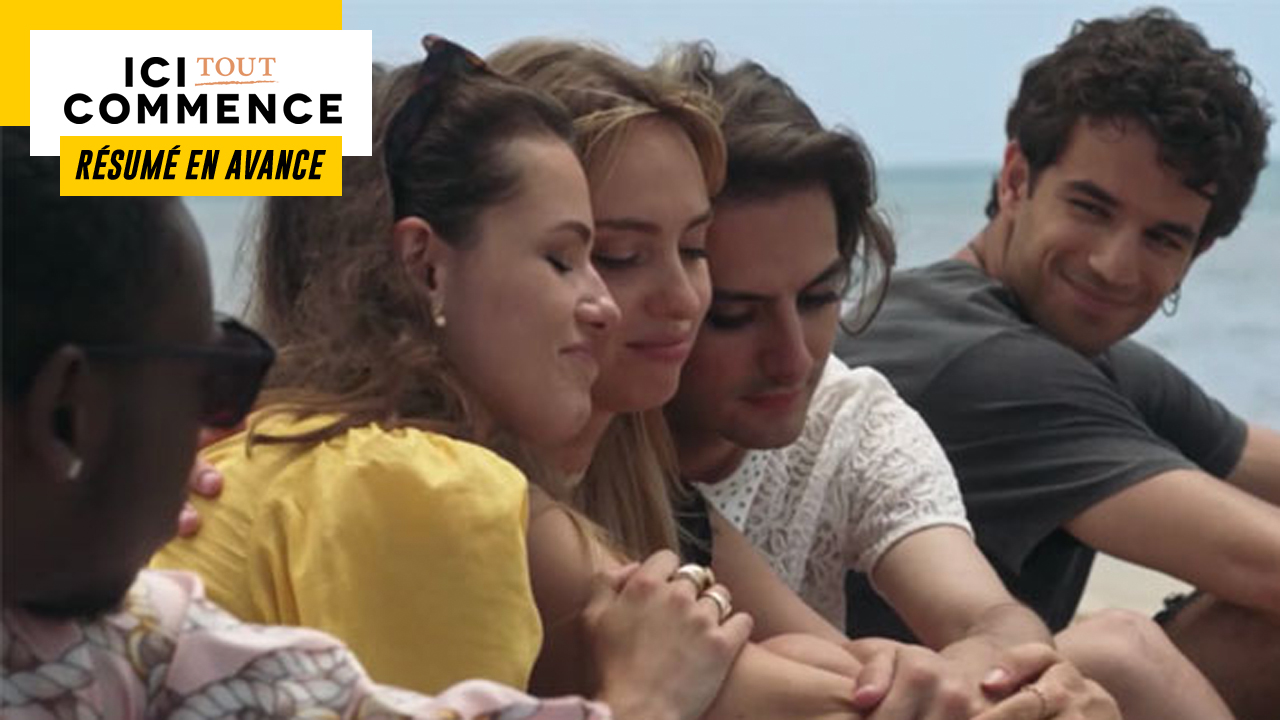 In the next episode of “Here it all begins”… While the pastry championship delivers its verdict, Teyssier gives Louis an ultimatum. At the same time, Laetitia and Guillaume separate.

Monday, August 15 in Here it all starts…

THE PASTRY CHAMPIONSHIP DELIVERS ITS VERDICT

At the Beaumont Hotel, Swan was arrested. Salomé can’t help feeling guilty. Without her, all of this would probably never have happened. Anaïs then tries to reassure her by pointing out that she had no reason to be suspicious of him. When Noémie joins them, Salomé apologizes to her but the chef Matret does not hold it against her, especially since it was she who pushed her executioner to denounce himself. Now that he is behind bars, Noémie will be able to rebuild herself.

Later, Swan is back at the hotel accompanied by two policemen who come to search his room. When Swan asks to speak to Salome, he tells her that he has always been sincere about his feelings and that he fell in love with her the minute he saw her. He then explains that everything he did had nothing to do with her. Finally, it was as if he had separated two parts of him. Only, Salomé does not believe him and imagines that she served as a cover for him to satisfy his revenge. Assuring him of the contrary, Swan specifies that he even wanted to stop everything to live their love story. Unfortunately, love wasn’t stronger than everything… Devastated, Salomé breaks down in tears in Anaïs’s arms.

The pastry championship is coming to an end and the four participating teams are gathered for the announcement of the results. The big winner of the 2022 national championship is none other than chef Teyssier, followed in order by chefs Matret, Cardone and Demir.

Shortly after, everyone gathered around a glass of champagne to celebrate the end of the championship. Chef Delobel then seized this opportunity to congratulate Noémie’s work. Worried for her, he asks her to take a few weeks off to recover from the latest events, which she agrees to do. Greg and Eliott will stay an extra week at the Beaumont Hotel to enjoy the swimming pool. For their part, Enzo, Salomé and Teyssier make an Instagram story to share their victory on social networks and show off their trophy.

Later, Eliott, Enzo, Greg and Anaïs are at the beach trying to make Salomé smile again, as she is heartbroken.

TEYSSIER PUTS AN ULTIMATUM TO LOUIS

Now that it’s no longer a secret, Charlène is embarking on preparations for her engagement, which will take place in two weeks. And the young woman sees things big with a double A party. Champagne bar, lights, decoration and giant portrait of the couple, … the Teyssier daughter has every intention that her followers will be amazed. Much to Louis’ chagrin

For their part, Mehdi and Hortense have a hard time digesting their failure at the pop-up, so much so that the young woman hopes that karma will eventually catch up with Louis and Charlène after all they have done. For Lionel, it shouldn’t take too long.

At the Beaumont Hotel, Enzo congratulates Teyssier on his daughter’s engagement. While he does not understand what he is talking about, the young man tells him that Charlène and Louis announced the news on social networks and then shows him the video. Without waiting, Emmanuel packs up and goes back to the institute.

At the same time, Lionel tells Louis that Teyssier knows about his engagement and that he will be back at the institute in no time. At the foot of the wall, Louis then reveals why Teyssier is firmly opposed to their marriage before making him promise to keep the secret.

At the end of the day, Teyssier had barely crossed the gate of the institute when Louis came to meet him. Very much in love with Charlene, he begs him not to tell her to avoid breaking his heart. Only, Emmanuel has no intention of letting his daughter marry him. He therefore gives her an ultimatum: either he renounces the engagement, or Charlene will know that he tried to fuck up his family.

A driver comes to pick up Laetitia in front of the institute to accompany her to the airport. However, Kelly’s mother has no intention of leaving. While she apologizes to the driver for having made her move for nothing, Guillaume gets out of the vehicle and asks her forgiveness for leaving overnight without saying anything.

In his defence, the assistant principal explains that he needed to be alone to think about their relationship. If he thinks that this trip could do them good, Laetitia tells him that they have problems and that it is not a vacation that will solve them. As she hesitates to leave, Guillaume gives her an ultimatum: either she goes with him, or everything is over between them.

Seeing that she has no intention of giving in, Guillaume immediately suspects her of having slept with Tony. With tears in her eyes, Laetitia says he was everything she had always dreamed of: a free, kind, caring man. But today, she no longer recognizes him. All she sees is a jealous, embittered man who no longer makes her happy. According to her, they need time on their own and she therefore suggests taking a break before making the best decision for their couple. Guillaume thinks that if she no longer wants to be with him, it’s not worth continuing. So he puts an end to their story.

At worst, Laetitia confides in her daughter who tries to cheer her up as best she can. Basically, Laetitia wanted Guillaume to make this decision for him. Despite everything, this does not prevent him from suffering and having the impression of having ruined everything. Kelly takes her tenderly in her arms.