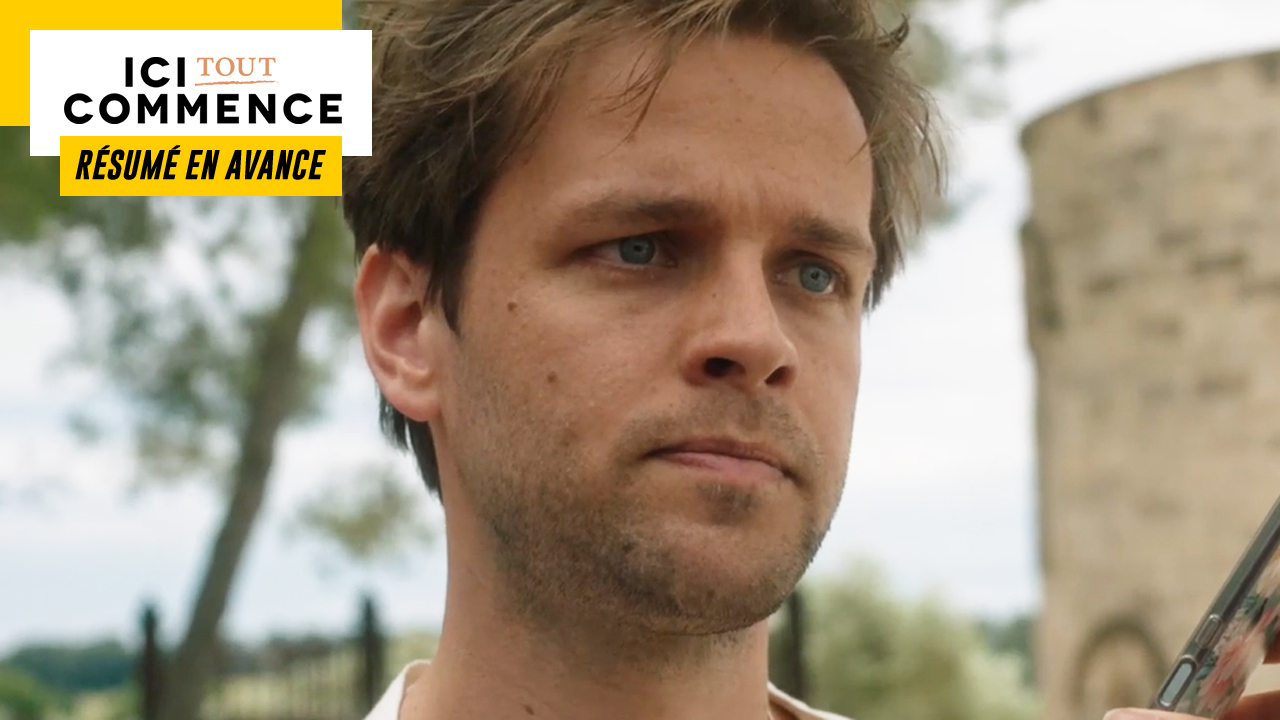 In the next episode of “Here it all begins”… While Salomé warns the police, Laetitia smiles again without Guillaume. At the same time, Charlène announces her engagement on social networks.

Friday, August 12 in Here it all starts…

In the early morning, Swan tells her story to Salomé. As Alban left when he was very young, he practically never knew his father. His mother refusing to talk about him, the young man took it into his head to find him alone. When he learned where he was, Swan asked to accompany Chef Cardone to the Baking Championship. However, upon arriving at the Beaumont Hotel, he was disappointed that Alban did not recognize him. So he wanted to wait for the right moment to talk to her, but Alban died before he could get answers to his questions.

Intimately convinced that Noémie was at the origin of her father’s death, Swan then kidnapped her and then twisted when she realized that he had committed suicide. For him, Teyssier, Delobel and Matret were responsible for the death of his father and he therefore took revenge.

Although he intends to report himself to the police, Swan would nevertheless like to participate in the last event of the championship to pay his last respects to Alban. Finally, Salome accepts.

Read Also:   My Son trailer: James McAvoy succeeds Guillaume Canet in the remake of My Boy

At the time of the last test, it is the Teyssier and Cardone brigades that are facing each other today. Without waiting, the participants go to the stove to make a showpiece.

At the end of the ordeal, Swan and Salomé find themselves in the park. After thanking her for being able to finish the championship, he declares that he will miss her and then swears that he will never forget her. Once he confesses his feelings to her, he kisses her one last time.

Thereafter, Salomé goes to the tasting. Swan was supposed to join her but does not come to the great displeasure of Anais who is convinced that he will take the opportunity to escape. This is how Enzo, Greg and Eliott learn that Swan is the author of the various attacks. As they are ready to call the police, Salomé stops them, begging them to trust her.

Shortly after, Salomé discovers Swan in the parking lot of the hotel ready to flee. Luckily, she manages to steal his car keys before it’s too late. In vain he begs her to let him go, Salomé takes out her phone and calls the authorities. She then summons Swan to report herself…

LAETITIA FINDS HER SMILE WITHOUT WILLIAM

The atmosphere is good humored at the Rigauts. It must be said that Laetitia and Kelly take the opportunity to do what they want in the absence of Guillaume.

Later, Laetitia receives a message from the latter who wishes to speak to her. As she does not answer, Guillaume harasses Kelly with messages for his mother to call him back. Only, Laetitia has no desire to answer him and hopes that this time spent away from each other will do him good. Indeed, she would like her companion to question his jealousy, his homebody and authoritarian side.

For her part, Kelly noticed that her mother was much more fulfilled away from Guillaume. Although the rules of life of the assistant principal weigh on her a little, Laetitia nevertheless affirms that she still has feelings for him. However, on receiving a message from Guillaume in which he tells her that he has taken plane tickets to go on vacation and that a driver will pick her up the next day at the institute, she is not sure she wants to join him.

At the Teyssiers, Charlène announces her engagement to Constance and Axel. Of course, neither his mother nor his cousin jumped for joy. If they try to convince her to take the time before committing, Charlène retorts that she is certain that Louis is the man of her life.

Annoyed, she then confides in Louis who jumps at the chance to make her change her mind. He then tells her that their parents’ approval is needed if she wants to have the wedding of her dreams. For Charlène, they still have time to convince them since they are simply going to get engaged.

Very quickly, thehe future engagement of Louis and Charlène goes around the institute. Charlène therefore decides to reveal the news to her subscribers on social networks. As the son Armand fears that Teyssier will eventually find out, she assures that his father does not have Instagram.