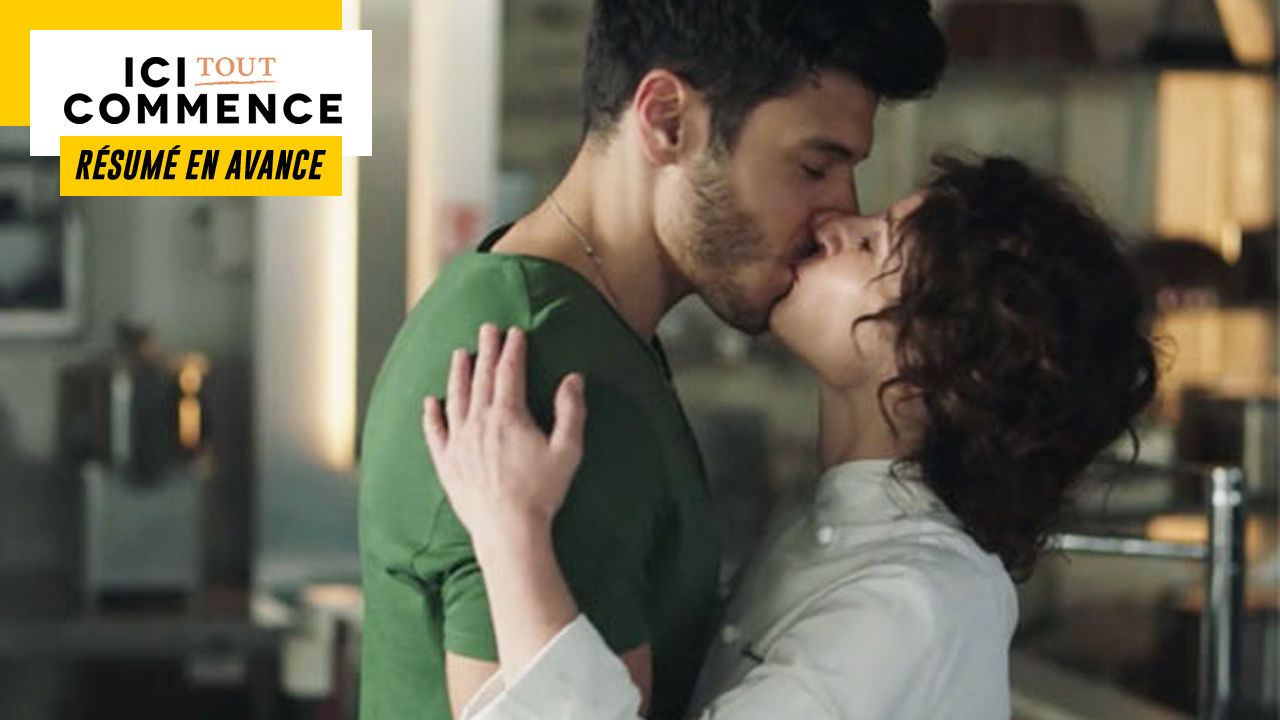 In the next episode of “Here it all begins”… As the noose tightens on Swan, Clotilde and Joachim make peace. At the same time, Tony and Gaëtan get what they want.

Wednesday, August 10 in Here it all starts…

THE VICE IS TIGHTENING ON SWAN

Noémie was heard by the police and gave all the information in her possession concerning her kidnapper. Although she never saw the head of her captor, Chief Matret is certain that it was a man, which therefore clears Chief Cardone. In fact, Enzo deduces that Swan is necessarily the culprit.

When Eliott, Enzo and Salomé advise Chief Matret to go and rest, the latter refuses because she thinks about everything that happened to her every time she closes her eyes. To clear her mind, Noémie goes to the kitchen but struggles to concentrate before bursting into tears. A moment later, chefs Delobel and Teyssier arrive. They would like her to stop playing the warrior but Noémie, who feels good in the kitchen, would still like to continue the competition. Even though they don’t think it’s a good idea, they agree to let her take over.

Later, Salomé joins Noémie in the kitchen in the hope of learning more about her captivity. According to her memories, there was a smell of pastry and more precisely of essential oil of green mandarin in the cellar in which she was sequestered.

Afterwards, Salomé finds Swan by the pool but they are interrupted by Chief Cardone who has just been released from police custody. Indeed, Annabelle had an alibi for Enzo’s assault, the threat tags on the wall or Greg’s drowning. She is therefore innocent. Certain that someone wants to knock her out, she is more determined than ever to win the championship with Swan at her side.

In the afternoon, Salomé and Swan walk hand in hand in the gardens of the Beaumont hotel. Seeing them in the distance, Enzo gets carried away and tries to make Salomé listen to reason about Swan’s true nature. However, she firmly believes in a set-up and fervently defends her boyfriend.

Back in the kitchen, Salomé immediately smells of green mandarin essential oil. She then explains to Anaïs that the man who kidnapped Noémie used it to make pastry. Immediately, the two young women consult the schedule and discover with amazement that the person who cooked just before is none other than Swan.

Although he still resents Clotilde, Joachim got up early to go buy equipment in Nîmes. While he is repairing the steam oven, chef Armand joins him to tell him that it’s a little childish to sulk again. As the young man considers that the way she spoke to him the day before is not normal, Clotilde declares that she is always quick and direct with everyone when she is in the kitchen. Unfortunately, the couple ends up arguing again.

Later, Joachim and Clotilde are summoned to the principal’s office for a little clarification. Indeed, their confusion of the day before has already toured the institute. When Clotilde claims that this story is settled, Joachim says that they should stop working together so that it’s easier for everyone. Seeing the tone rise, Antoine intervenes and summons them to put their egos aside to work without shouting or drama. And to add that if this continues, Joachim will not be able to stay.

Finally, Joachim and Clotilde make peace. After apologizing to each other, they decide to set some rules so as not to mix everything up. Joachim then promises that she will be his top priority if she encounters a problem during the service. For her part, Clotilde will make sure not to add stress to stress. Right after, they kiss.

TONY AND GAËTAN GET WHAT THEY WANT

Mr. Caplan meets Tony, Gaëtan and Laetitia at the Table des Rivières to learn more about the project of the two young men. Taking things directly in hand, Laetitia makes the owner of the click & collect believe that her friend is a former graduate student of the Auguste Armand Institute. Tony, who gets into his game, explains that he wants to cook without fuss: zucchini fritters, tempura, croque-monsieur. He may like the idea, but Mr. Caplan still wants to taste his cooking before making a decision.

Shortly after, Tony and Gaëtan get into the kitchen and as much to say that the failure is bitter. As the croque-monsieur are burnt, Gaëtan scrapes the top with a knife and adds a little cream to make it edible. When Mr. Caplan points out that there’s a bit of a burnt aftertaste, Tony claims it’s a hot trend in Finland. Convinced, Mr. Caplain agrees that Tony and Gaëtan take over the click & collect.