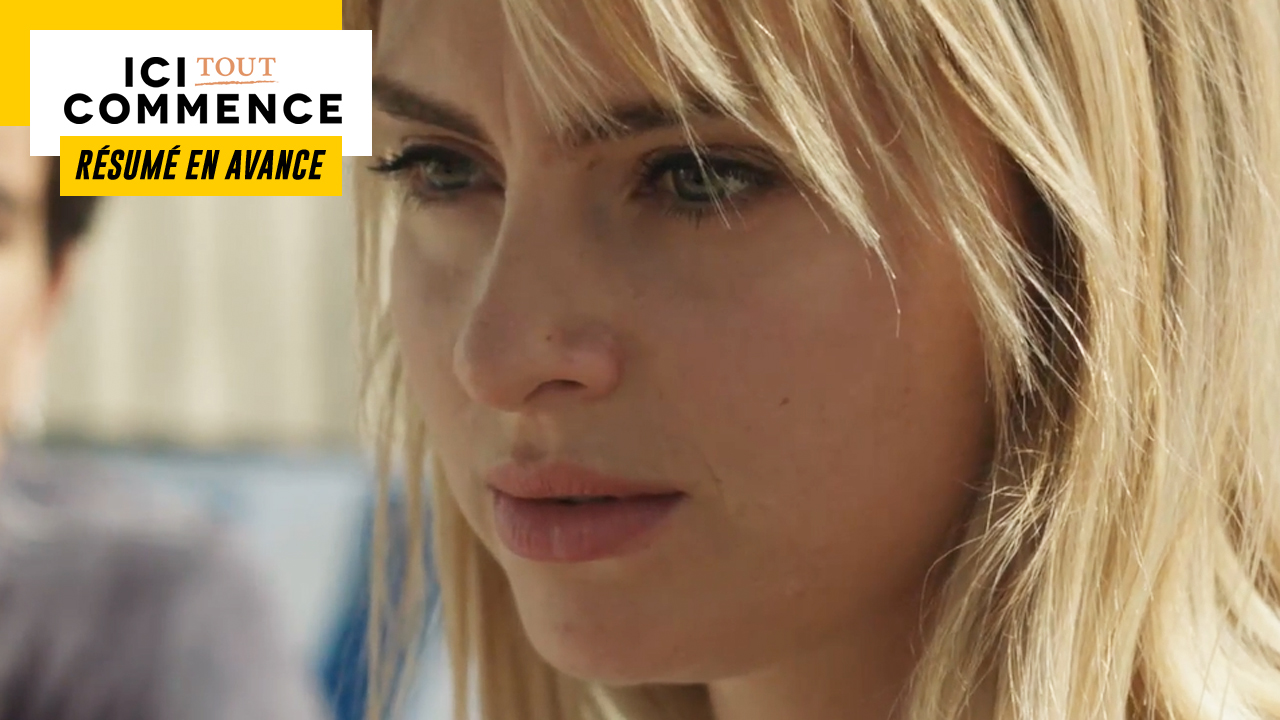 In the next episode of “Here it all begins”… As the noose tightens around Cardone, Charlène makes an announcement to her brother. Guillaume is gone.

Monday, August 8 in Here it all starts…

THE VICE IS TIGHTENING AROUND CARDONE

Salomé returned to the Beaumont Hotel without Swan. While Teyssier and Cardone try to find out where he is hiding, the young woman makes them believe that they had a fight and that she hasn’t heard from him since. As Chief Teyssier is convinced that their dispute is linked to Enzo’s aggression, Salomé affirms that he is not the aggressor of his comrade since they were together at the time of the facts. Despite everything, the two chiefs are convinced that she is lying to them.

Back in the kitchen for training, Salomé receives a phone call. Seeing her avoid picking up, Teyssier and Enzo immediately understand that it is Swan. While Enzo loses his temper, Salomé retorts that he did not attack him before accusing the chef Cardone of having wanted revenge on her second for having sabotaged her dessert during the third test. A hypothesis that does not surprise Teyssier who knows that his mentor is not the type to let such a thing pass.

Later, Salomé finds Eliott, Greg and Anaïs at the beach and tells them of her suspicions about Chief Cardone. In order to get this story clear, they all agree to search Annabelle’s room during the day.

For his part, Teyssier confronts Cardone who claims that she doesn’t need revenge on Swan because he shot himself in the foot all by himself. According to her, you don’t sabotage a dish without the whole profession knowing it. So he’ll pay for it without her having to lift a finger. However, Emmanuel does not believe for a second that she would do without the pleasure of harming him herself. In his defense, Cardone replies that she came only to beat him and the pleasure of humiliating him.

At the same time, Greg and Anaïs search the chef’s room while Salomé and Eliott take care of her car. In it, Salomé finds a phone stashed in the spare wheel. By reading the latest messages, the apprentice chefs learn that it was indeed Cardonne who sent the threatening messages to Greg…

CHARLÈNE MAKES AN ANNOUNCEMENT TO HER BROTHER

Mehdi and Hortense discovered in an Instagram story that Charlène and Louis were taking over the management of the pop-up. Worried, the two students try to find out more from chef Armand. Unfortunately, the latter informs them that she has made the decision to withdraw the management of the ephemeral restaurant from them. According to her, Louis and Charlène have more experience but above all better ideas for attracting customers. As they have not found an internship for this summer, Clotilde offers them to come and work with her at double A, which they accept.

Not far from there, the pop-up is a great success and Louis and Charlène have done more in one day than Mehdi and Hortense since the opening. To attract a few more subscribers, Charlène offers Louis to announce their engagement at the pop-up. While the son Armand thinks she said yes only to make the buzz, Charlène swears no. When Théo joins them, Charlène hastens to tell him that she is going to get married.

Once alone with Louis, Theo recalls that he had concluded a pact with his father: to give up marrying Charlène in exchange for his silence concerning his schemes with the chef Cardone. This is why he advises her to find a solution to cancel their engagement as soon as possible.

At breakfast, Tony goes to Guillaume and Laetitia to invite them to a coffee tasting at the Table des Rivières. As he has no desire to go, the assistant principal makes him believe that with his partner, they have an important meeting in the afternoon. A lie that obviously does not please Laetitia at all, who is starting to get tired of her jealousy. Despite her reluctance, she therefore goes alone to the tasting where the atmosphere is good humored.

Back home, Laetitia learns from her daughter that Guillaume has packed her suitcase. Indeed, he left for a few days because he needed to be alone. The young woman tried to hold him back, but he preferred to leave to avoid an argument. Although the situation does not enchant him, Laetitia has no intention of calling him and hopes that a little distance will do him good.