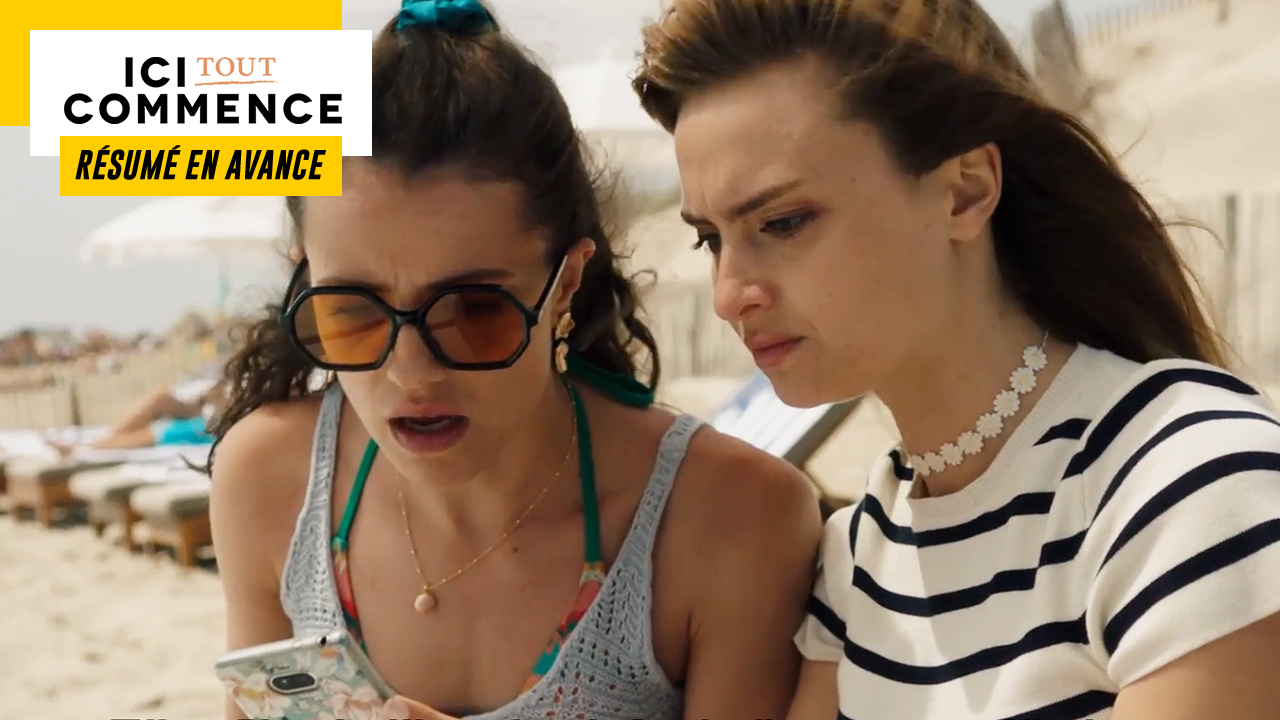 In the next episode of “Here everything begins”… Ruben knew Alban and Laetitia unknowingly aggravates the situation with Guillaume. As for Theo, he cracks under the pressure.

Friday, July 29 in Here it all starts…

Early in the morning, Greg learns disturbing news. Indeed, Marius reveals to him that he was ultimately never attacked. Yesterday, he decided on a whim to stage his assault to get her attention. His confession does not stop there since he ends up confessing his feelings to her. Lately, he thought that something was possible between them since his relationship with Eliott was floundering. So when he saw that they had reconciled, he had this idea. However, he understands that he should never have done such a thing and intends to leave the championship in turn. After these revelations, Greg believes that this is the best solution.

At the same time, Salomé has fun taking a picture of her boyfriend when he wakes up. The lovers spend a friendly moment instead of resting for the second round of the championship which is fast approaching. Moreover, the student jokes about a potential sabotage strategy to make Swan less efficient by preventing him from sleeping.

For this second event, the brigades of chef Cardone and chef Teyssier will have to make a dessert around blackcurrant. Before getting in place, Annabelle makes a chilling confidence to Salomé: she asked her second to seduce her.

A revelation that prevents Salomé from concentrating during the ordeal. So she wants to clear up the situation by talking to Swan but he sends her away. In the distance, Teyssier attends the scene and does not fail to reprimand his clerk for his behavior.

During the tasting, Teyssier believes that the dessert they present to the jury is a disgrace. Moreover, he does not fail to hold Salomé responsible for their failure. For her part, Chief Cardone is jubilant to see her plan working perfectly.

A little later, Salomé clears things up with Swan. When she asks him if he’s been making fun of her from the start, the young man says that’s not the case. Finally, the student realizes that it was indeed a plan of the chief Cardone to destabilize her before the test.

The jury deliberated. In last position, Chef Delobel won no points. Chef Teyssier wins a point. Chef Cardone takes second place with two points. Chef Demir therefore wins the event with three points. At the end of this test, the four brigades are tied with a total of three points each.

At the end of the day, Greg informs his friends of Marius’ decision. However, he decides to hide the real reason for his abandonment from them and claims that he can no longer bear the threats. Moreover, he tells them at the same time that his father was almost assaulted during the ordeal in the pantry. So Anaïs understands that this event took place at the same time as Ruben’s suspicious absence. For Eliott, it’s likely just a coincidence, but Greg makes a disturbing hypothesis: what if Ruben knew Alban? For her part, Salomé decides to do a search on the internet to find out for sure. In a few clicks, the young woman discovers that Ruben was Alban’s clerk during another pastry championship a year earlier.

After a laborious start, Tony surprises the chef Listrac by making tempuras to perfection. Eventually, his private lesson with Kelly paid off. Olivia congratulates him, because even if he was helped, it is a complicated technique to learn.

A little later, Laetitia invites Tony to have an aperitif at her place at the end of the day. However, he doesn’t think it’s a good idea, especially after the heated discussion he had with Guillaume the day before. For her part, the assistant believes that her boyfriend has expressed himself badly and finally manages to persuade him to accept.

At the end of the day, Guillaume is annoyed when he discovers Tony having an aperitif at home. He tries somehow to hide his annoyance with Laetitia. After all, he had promised her that he wouldn’t give her any more fits of jealousy.

THEO CRACKS UNDER THE PRESSURE

Tom and Ambre are preparing the double A room for the lunch service when Théo offers to help him reinvent a flagship recipe from Auguste Armand to quickly put it on the restaurant menu. So, the pair accepts without any hesitation.

A little later, the two students are in the kitchen under the direction of Theo. The chef wants to revisit one of Chef Armand’s signature dishes: roast turbot. He intends to offer it in the form of sushi which, according to him, is more modern. However, Clotilde, who sticks to her father’s culinary heritage, believes that her idea completely distorts the original recipe. Besides, she finds his approach very bland.

Theo is upset by the chef’s words. Finally, it is no longer certain that his revisit in the form of sushi is a good idea. So, Tom offers to present the dish in the form of a burger, but the chef refuses his proposal in a very unpleasant tone. The student decides to leave, unable to bear being attacked in this way.

Finally, Theo confides his concerns to Amber. Since winning the Vatel Prize, he feels like everyone is watching his actions, which puts him under enormous pressure. Moreover, the chef is afraid of not being worthy of such a prestigious award. So, the student encourages him to trust himself and to go to the end of his concepts.