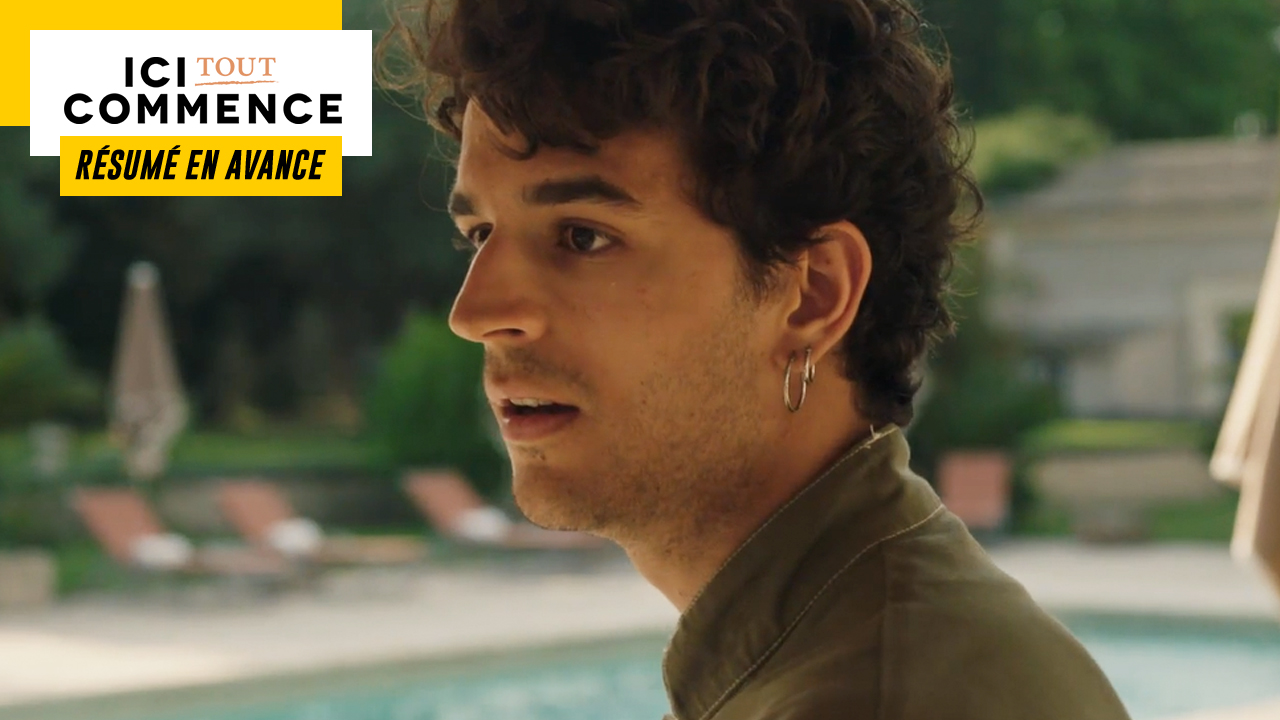 In the next episode of “Here it all begins”… Greg finds Marius unconscious and Guillaume rushes into his jealousy. As for Mehdi, he warns Charlène.

Thursday, July 28 in Here it all starts…

The pastry championship resumes after the day granted to the brigades following the discovery of Alban’s body. Chief Bury explains the course of this event: two brigades will face each other today and the other two tomorrow. The jury draws lots for the teams that will face each other first. They are chef Demir and chef Delobel who will have to come up with a blueberry dessert in six hours. Chef Teyssier will therefore face Chef Cardone for their greatest pleasure. Before the start of the event, Benoît takes advantage of everyone’s presence to express his anger about the graffiti found the day before. He refuses that anyone use Alban’s death to destabilize his competitors. For his part, Greg deplores that his father refuses to see that a real danger lurks at the hotel.

A little later, Salomé joins Swan out of sight. As they enjoy this moment of tenderness, Chief Cardone interrupts them. Unlike Chief Teyssier, she does not object to their relationship and promises to keep their secret.

In parallel, the second test began. Very quickly, it is obvious that Greg is not in his plate. Indeed, the young man cannot help but think of Chief Matret and the last threat they received. Moreover, when his father goes to look for an ingredient in the pantry, he cannot hide his fear. So, Marius tries to cheer him up by taking him by the shoulder but Greg doesn’t appreciate his gesture at all and lets him know. On the other side, Ruben whispers to his boss and leaves in a hurry.

In the pantry, Chef Delobel is looking for an ingredient when the light suddenly goes out. Hearing suspicious noises, he turns on the flashlight on his phone but sees no one. Despite this strange experience, he tries to convince himself that it was an accident.

Meanwhile, Anaïs finds herself alone with Chief Demir. Indeed, Ruben left for 20 minutes already because he did not feel well. The young woman is very upset against her colleague whom she accuses of leaving them in a very delicate situation. So, the pastry chef assures him that they will both manage to finish the test before distributing the remaining tasks.

Then, Ruben suddenly comes back with a surprising idea: to add tea infusion to the foam. Anaïs categorically refuses his proposal since the preparation is already finished. However, Chef Demir thinks they still have time to start over as the tea will add a lemon balm flavor to their dessert. After feeling it, the young woman finally agrees to do it again.

Later, the jury moves on to the tasting. Chef Delobel presents them with his dessert “Fairy finger with blueberries” and chef Demir brings them his creation “Donut of undergrowth, hot emulsion and bitter cocoa”. With the flick of a spoon, the chefs are captivated by Chef Demir’s brigade cake. For his part, Greg is very worried. Marius had to leave for a few minutes to go to his room but he still hasn’t come back.

Greg then goes in search of the young man. Suddenly, he finds one of his friend’s shoes in the hotel garden. So he tries to reach him by phone and runs towards his bell. Unfortunately, the student falls on the body of Marius inert. Was he attacked by the crow?

WILLIAM GROWS UP IN HIS JEALOUSY

The situation has improved between Guillaume and Laetitia since she distanced herself from Tony. However, her former lover has recently joined Headmaster Listrac’s summer internship, which could rekindle the assistant principal’s paranoia. To the great surprise of his companion, Guillaume apologizes about his behavior. He finally understands that he should never have acted like this despite his fears. Besides, he no longer objects to them being friends.

Later, Tony fails to make tempuras which greatly amuses Laetitia. So, she offers him to work with Kelly who is a very good teacher. However, the apprentice cook is skeptical because he fears Guillaume’s reaction. But her friend assures her that the situation has calmed down between them.

Kelly therefore gives a private lesson to Tony. Guillaume sees them in the distance and does not seem to appreciate seeing them having a good time together.

Guillaume rushes into his jealousy. He is convinced that Tony is trying to get closer to Kelly to conquer Laetitia. The former delivery man tries to convince him otherwise, but Guillaume refuses to listen. According to him, he does everything to look good with Laetitia.

Louis and Charlène continue to feed their Instagram account. Between the photos of their creations and the couple selfies, they receive a lot of likes on their publications. However, their real objective is to retrieve the Pop-Up from Hortense and Mehdi. They are convinced that by becoming the chefs of the ephemeral restaurant, they will obtain a certain legitimacy in the milieu. For her part, Charlène is on the spot. She is convinced that the restaurant will soon explode thanks to Lionel’s explosive behavior.

A little later, Charlène takes advantage of Hortense and Mehdi’s absence to take down their menu with Lionel. She feels that the dishes are not sophisticated enough, which is reflected in reservations. Moreover, she even fears that in the long run no one will come to the ephemeral restaurant.

A customer has barely touched his carpaccio, which worries Hortense. So, Lionel explains to him that consumers expect a more sophisticated menu worthy of the institute’s reputation. If Mehdi thinks they should have booked double A, their colleague steps up. According to him, it is normal for customers to have requirements apart from the safe bets they offer. Moreover, he tells them that Charlène also shares his opinion. Immediately, the couple understands that this remark comes from the young woman and Mehdi intends to manage the situation well.

Mehdi makes a point with Charlène. Indeed, he is not fooled and knows that the young woman is working behind their backs to sabotage the Pop-Up. So the young cook gives her an ultimatum: either she stays at the restaurant without making waves, or she leaves for good. Despite this heated discussion, Charlène and Louis still want to recover the establishment and they seem to have an idea to achieve their end.