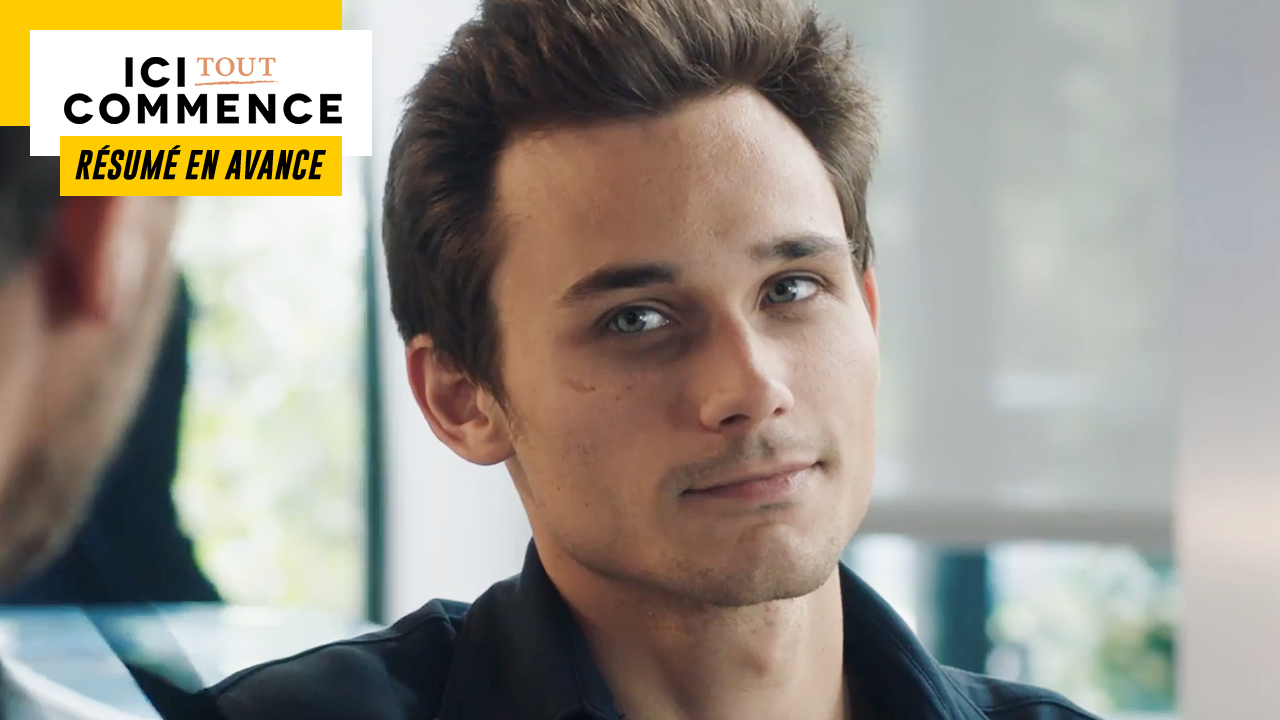 In the next episode of “Here it all begins”… While Louis does everything to take Théo’s place at the head of Double A, Anaïs witnesses a rediscovered complicity. As for Lionel and Kelly, they declare war on Mehdi and Hortense.

Thursday, July 14 in Here it all starts…

LOUIS TAKES THE PLACE OF THEO IN THE DOUBLE A

The big day has arrived for Théo! The Vatel Prize jury is due to eat at the Double A this afternoon. Before starting the service, the chef gives a very motivating speech to his entire brigade. While the students are getting ready, Louis comes to congratulate Theo on his speech worthy of a leader. However, the Teyssier son sees clearly in the game of his rival and refuses to waste time with him. Determined to play a bad trick on him, Louis pretends not to want his place anymore. Moreover, Theo is far from suspecting that his sister’s boyfriend is plotting so that the jury does not come to eat at the restaurant for lunch, but the next day.

Shortly after, Louis calls Claire to make sure that the inspector will come a day later than expected. However, her mother decided not to contact her friend to postpone her visit. She refuses to sabotage Theo’s chances of getting the prize just to favor him. And does not want to feed his son’s obsession with the institute and the Double A. Annoyed by his decision, Louis is determined to find another solution.

At the same time, the kitchen is boiling. Lisandro comes to reassure Theo and assures him that for the moment the customer opinions are all very positive. Unfortunately, the Vatel inspector still hasn’t arrived. Before he leaves for the dining room, the chef asks Lisandro to watch out for Louis: he has a bad feeling. Inesta then promises him to remain attentive.

For his part, Louis refuses to admit defeat and looks at the Double A reservation book. He is cut off by Lisandro who takes Theo’s request very seriously. Inesta assures him that he has no business here especially during such an important duty and orders him to leave as everything is under control. Besides, he suspects that the young chef would jump at the chance to go talk to the jury to discredit Theo. But Louis receives a message from his mother that changes everything: the Vatel price inspector won’t come until tomorrow. He then took the opportunity to ask his mother not to answer Teyssier’s calls under any pretext.

After the service, Emmanuel comes to congratulate his son. But the happiness is short-lived because Lisandro announces to them that the inspector did not show up at the restaurant. For his part, the director thinks that it must be a planning problem, but Louis comes to tell him some very bad news. The Guinot son pretends that his mother taught him that the Double A was no longer on the list for Vatel. While Teyssier tries to call his colleague to find out for sure, he immediately falls on his answering machine.

Theo is upset. He feels like he gave his all for nothing. His father tries to remotivate him. He is confident that next year he will win the prize. However, Théo refuses to wait until then and wants to move on: he is going to move with Célia to Paris.

Later, Théo announces the bad news to Célia. The young woman is shocked and saddened for her boyfriend who gave himself so much for the occasion. The chef admits he would have loved to win the prize, but now he’s decided to leave with her for a fresh start.

Meanwhile, Emmanuel makes Louis an offer that the latter has been waiting for for a very long time: to become the leader of Double A the next day.

GREG HAD A CHOICE FOR MARIUS WHEN THEY WERE TEENS

The final of the national pastry championship begins in six days. While Greg and Marius are in the kitchen getting ready, they take the opportunity to make up for lost time and discuss their romantic relationships. Greg confides in his friend that he has now been in a relationship with Eliott for a year and a half. For his part, Marius does not have a boyfriend at the moment because he cannot find the right person.

Their discussion is interrupted by Alban who arrives in a rage with his brigade. Not wishing to create a problem, Marius offers to put himself in a corner of the kitchen so that they can also work. But the second refuses and speaks to them very meanly. Exasperated by her behavior, Greg also raises his voice. He explains to Alban that they have reserved the kitchen and that his father has given them his agreement. So either he works on his own, or he waits until they’re done. Alban, who visibly refuses to compromise, leaves the room with his colleagues.

After practice, Greg and Marius go to the beach to relax. The clerk thanks his friend for having defended him earlier in front of Alban. This event made him remember how funny Greg could be. The two friends begin to evoke memories of their adolescence, and Greg ends up taking Marius in his arms. He is very happy that they have found each other. At the same time, Anaïs sees them embracing.

Later, the student can’t help but question Greg about Marius. She tries to find out if he loved her as a friend or as a boyfriend. Greg then admits that he had a crush on him when they were teenagers. Moreover, it is for this reason that he had reacted badly when Marius made his coming out to him. Greg adds that he didn’t understand his feelings at that age and ended up resenting his friend.

Anaïs then decides to ask Greg a question that does not fail to disconcert him: does he still have feelings for Marius? The scene she witnessed earlier on the beach was visibly confusing. However, Greg assures him that it was nothing and that there is no ambiguity between Marius and him.

MEHDI AND HORTENSE WILL DIRECT THE POP-UP THIS SUMMER

Mehdi and Hortense are on cloud nine. Clotilde gave them permission to direct the Pop-Up this summer. Hortense is excited at the idea of ​​preparing the menu for the institute’s pop-up restaurant in front of customers. She reminds her boyfriend that Theo was in charge of the Pop-Up last year and that today he is winning the Vatel prize. The student is convinced that this is a great opportunity for them.

As they begin to modify the arrangement of the furniture, they are interrupted by Kelly and Lionel who are annoyed to learn that the chef Armand gave them the direction of the Pop-Up without prior selection. They also have interesting ideas for creating their menu and intend to share them at Clotilde.

Kelly and Lionel plead their cause with Clotilde. They feel that the selection process is not fair because no one was told they could apply to her. But chef Armand does not see things the same way. Indeed, Mehdi and Hortense took the lead and showed themselves to be volunteers. If they really wanted the Pop-Up too, they should have come forward first. The couple continues to argue to the chagrin of Clotilde who tells the two students that she will not reconsider her decision.

Later, Mehdi offers an alternative to Kelly and Lionel: each couple could take care of the Pop-Up every other week. The idea convinces them right away but there is a problem. Indeed, the restaurant must still keep a guideline so as not to disturb customers. Hortense doesn’t really see how they could manage to find an agreement by working in pairs alternately. Lionel is upset. He understands that their friends are not going to let go.

At the end of the day, Jasmine and Deva are just as surprised as Kelly and Lionel by Chef Armand’s arbitrary decision. While Lionel is not angry with Mehdi and Hortense, Kelly tries to temporize the situation, judging that their comrades were just as embarrassed by the situation. But Jasmine motivates Kelly and Lionel not to give up and to fight to obtain the management of the ephemeral restaurant.