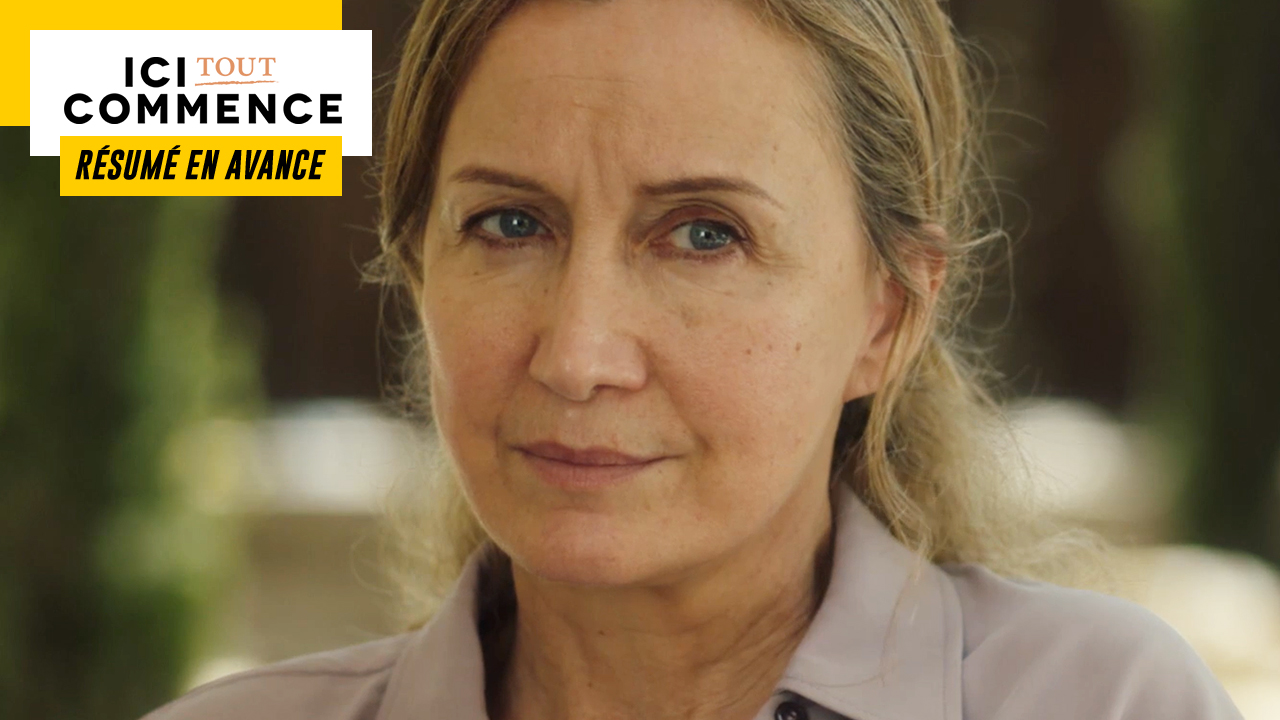 In the next episode of “Here it all begins”… Louis asks his mother for help to become the leader of double A and Greg and Marius reconcile. As for Laetitia, Guillaume gives her a fit of jealousy.

Wednesday, July 13 in Here it all starts…

Early in the morning, Théo brings breakfast to Célia. However, the young woman does not share his enthusiasm. She knows that he has signed a contract to become the referent chef of Auguste Armand’s restaurants if he were to win the Vatel prize. While the young man says he did this only to appease his father, Célia refuses to believe him and gives him an ultimatum. It’s her or her career. And to clarify that she does not want a long-distance relationship if he chose to stay in Calvières.

A little later, Theo gives Clotilde and Emmanuel a taste of his menu for the jury. If the chef finds her dish as unexpected as it is original, her father thinks that the cooking is very controlled and congratulates her. However, Clotilde warns him: his dish is very successful but also very complex. Emmanuel puts pressure on him to succeed but Theo affirms that his brigade is ready.

In the kitchen, Tom and Deva practice preparing the menu, but Theo has his mind elsewhere. He receives a message from Celia which distracts him further. After giving them the wrong direction, Theo apologizes and admits he is concerned. Moreover, Tom has heard rumors these last days at the institute and suspects that Célia is the cause. The chef ends up explaining to them that if he wins the prize, he will become the referent chef of all Auguste Armand’s restaurants, but Célia has given him an ultimatum. Stunned, Tom and Deva encourage him not to give up this opportunity which could upset his career. But things are not that simple. Théo is madly in love with Célia and he refuses to live without her.

At the same time, Louis and Charlène take advantage of the good weather by the pool. Charlène tries to relax but Louis keeps talking about the double A and the Vatel price. The young woman makes him understand that she does not want to choose between him and her brother. Besides, she would like him to get that idea out of his head. So, Louis loses his temper and reminds her that he refused a job as chef in a prestigious restaurant in New York for her. Constance, who hears them discussing, intervenes. She summons him to stop his little game right away, otherwise she kicks him out.

Meanwhile, Tom and Deva visit Celia at the swamps. The latter try to make him realize that if Theo does not obtain the Vatel prize, it will not only be a failure for him but that of the whole brigade. Deva understands her concerns, but she doesn’t think Celia is the kind of girl to stop her boyfriend from flourishing. The Gaissac girl realizes that Theo deserves to get the prize and the recognition that goes with it. And when she receives a visit from Louis a few moments later, Célia tells him that she has changed her mind and that she has chosen to support the man she loves no matter what. Louis is annoyed, he thought he could manipulate Célia into leaving for Paris with Théo for good.

At the same time, Théo receives a message from Célia encouraging him to obtain the Vatel prize. Seeing him very happy, Tom and Deva understand that they have succeeded in making the Gaissac girl change her mind. In their reaction, Theo understands that the pair had a role to play in this affair. He thanks them but warns them: if they start again, he will not fail to fire them from his brigade.

Not far from there, Louis persists in wanting to take Theo’s place. Moreover, he even asks for help from Claire who is still in a nursing home. Indeed, the young man wants his mother to postpone the visit of the inspector of the Vatel price. If Théole jury does not show up on the scheduled day, he will think that the double A is no longer in the race for the prize. He will therefore end up leaving with Célia in Paris. However, Claire explains to him that she cannot ask for such a favor without good reason. So, her son insists and begs her to help him.

GREG AND MARIUS ARE RECONCILING

Marius finally decided to forgive Greg. Indeed, the young man refuses to remain stuck on the past. Greg is relieved, they will finally be able to work together in good conditions to prepare for the championship. The two friends have a lot to tell each other. Besides, Marius is eager to learn more about his history with Eliott because they look good together.

A little later, Noémie’s brigade is busy in the kitchen, when Alban, the second in pastry at the Beaumont hotel, interrupts them. The latter is very angry with them because they took ingredients from the commissary instead of the stock reserved for them. Greg and Marius apologize but Noémie defends them. According to her, it is not a few less ingredients that will make the difference. However, the second is not of his opinion. Indeed, if all the brigades do like them, there will be nothing left in the reserves. The tension continues to rise between them, Noémie asks Greg and Marius to leave them alone.

After their departure, Alban gives the real reason for his dissatisfaction: he cannot bear that Noémie took his job from him. The chef points out that it’s not her fault that Benoit suggested it to her. She tries to reason with him when Delobel interrupts them. Lately, the relationship between Alban and the owner of the hotel has not been good. He decided to demote him because he was looking for someone with innovative proposals, which is not his case. If Alban plays the comedy and pretends that everything is fine, Benoit knows that he complains to everyone. He wants to make sure that his former boss doesn’t bother Noémie but she explains to him that they were talking about their organization.

Later, Alban apologizes to Greg for his behavior. But as Benoit pointed out earlier, the second begins to complain about his situation and feels that his talent is not recognized at its fair value. So, the couple trick to make him false.

WILLIAM HAS A JEALOUSY ATTACK IN LAETITIA

The atmosphere is not good between Guillaume and Laetitia. Indeed, the assistant principal does not see with a very good eye the attitude of his partner with regard to Tony. He does not understand why she spent a large sum to invite him to the double A. This morning, he therefore decided to leave for work without waiting for her. So, Kelly advises her mother to ease off with Tony because Guillaume confided his fears to her yesterday. If Laetitia tries to temporize the situation, her daughter assures her that her boyfriend is jealous and that she had better be careful.

Later, the tension did not drop between Guillaume and Laetitia. When Tony comes to drop off their lunch, Guillaume does not bother to greet her, which particularly annoys his companion. Tired of seeing him every day, he asks him to order elsewhere the next time. He also points out that no one would accept to see his partner glued to another man and ruin himself so much for his birthday when they have not seen each other for 18 years. Laetitia is very touched and believes that he shouldn’t react like this if he really trusts her. Convinced that the problem comes from him, she advises him to solve it quickly.

In the marshes, Tony explains to Gaëtan that Guillaume has no reason to be jealous although he has come to Calvières to find Laetitia. They are suddenly interrupted by the deputy headmaster who warns him: from now on, catering deliveries are prohibited at the institute so as not to compete with the double A.

When Guillaume returns home, Laetitia has just hung up with Tony, who has told her everything. Very annoyed by his behavior, the young woman confronts him. She swears once again that nothing happened between them and that nothing will ever happen. However, she does not intend to stop seeing him.