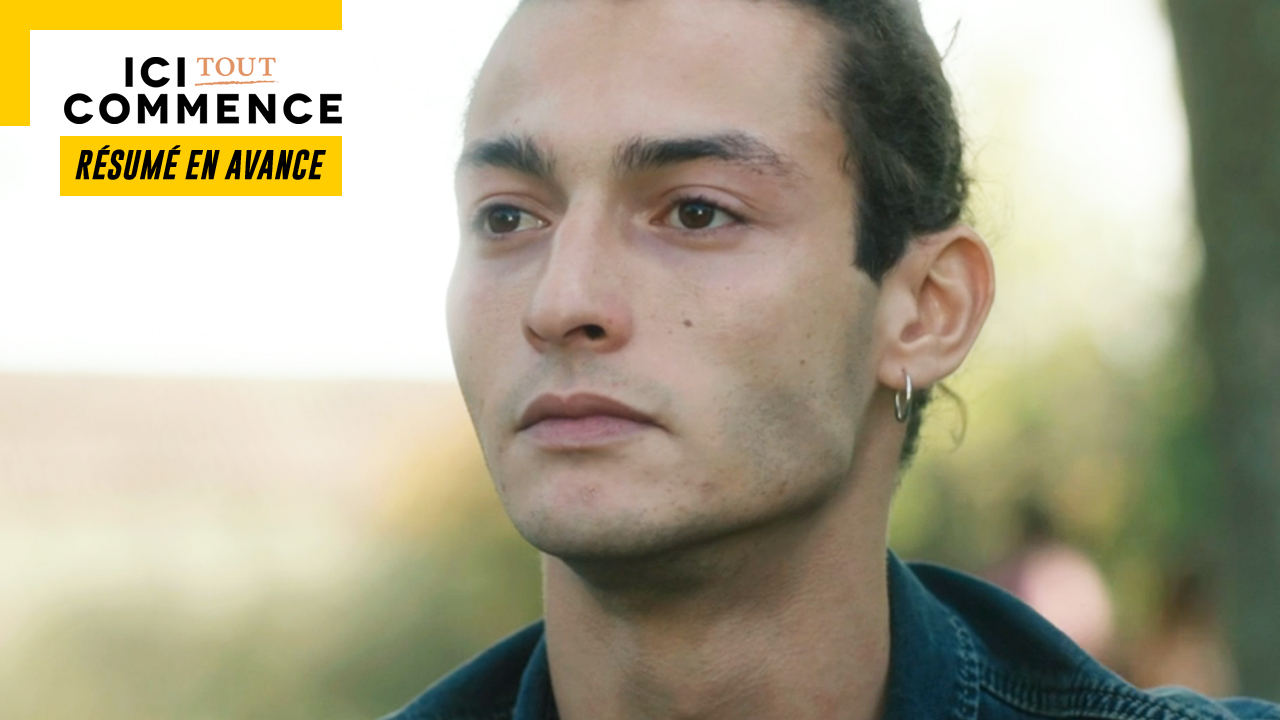 In the next episode of “Here it all begins”… Teyssier interrupts the remedial test for first years and Célia lands the job of home chef in Paris. As for Tony, he is not Kelly’s father.

Tuesday, July 5 in Here it all starts…

After agreeing to help the first years pass their remedial test, Constance confirms to Antoine and Ambre that Teyssier has agreed to spend the day in Caissargues with friends. Thus, they will be able to retake their exam during the day. If Amber is worried about reliving the same fiasco as during their first try, the nurse guarantees that they will be back by 6 p.m. so that her husband can taste their creations. The student continues to doubt but Constance confides that she has a good feeling. Antoine asks the young woman not to put pressure on herself and to concentrate on the event, certain that she will bring out the dish of her life.

A little later, Teyssier is about to join Constance at home when he sees Jasmine, Deva and Tom heading towards the institute with their briefcases. He then sees Jasmine drop her revision sheets on the floor and warns his wife that he finally has to check something.

Subsequently, Deva, Ambre, Jasmine and Tom panic in the locker room when Antoine joins them. He confides to them that he is still waiting for Constance’s message to begin the test. For her part, Constance is about to give Antoine the green light when Emmanuel tells her that he wants to postpone their visit on the pretext of having too much work. Annoyed, his wife points out that they cannot cancel at the last minute and insists: she really wants to go to Caissargues. Far from being fooled, Teyssier asks her if she covers first-year students. Indeed, he saw them a few hours earlier going to the institute with their briefcases. He then hastened to check the double A schedule but they weren’t there. Up against the wall, Constance admits to helping them go through their ordeal behind her back because they deserve a second chance. Besides, she is surprised that he is neither impressed nor touched by their motivation. The director seems to have an idea: he asks Constance to make Antoine believe that they are gone. What she does.

The test can therefore begin. The students have two hours to create a gourmet dish around a unique vegetable: the zucchini. Clotilde warns them, the subject may seem simple to them, but it is a vegetable that is not very powerful in the mouth. They will therefore have to sublimate it without crushing it, which is no small feat.

30 minutes from the end of the event, Teyssier arrives in the kitchen. While her comrades have stopped cooking, Deva continues her preparation to finish her dish. Amber follows in her footsteps and encourages the other students to go all the way. Touched by their determination, Emmanuel gives them 20 minutes to finish.

Place for tasting, chef Teyssier and chef Armand taste the dish made by Ambre. According to Clotilde, the whole thing has character and is very accomplished. As for Teyssier, he considers that she has progressed and congratulates her. Jasmine in turn offers a dessert based on zucchini, chocolate and roasted hazelnuts. If the idea seems surprising to them, they find the result brilliant.

The hour of the verdict has arrived. Clotilde thinks that all the dishes are excellent and that the students have the technique as well as a personal touch. According to her, their creations are above what is normally required at the end of the first year. For his part, Teyssier admits that the plates are level. However, given the sinking of the first event, he thinks that some students deserve to be saved but not all of them. Students will therefore be permanently expelled from the institute.

Early in the morning, Célia is on a videoconference and lands a job as a home chef in Paris. As a result, she must leave the salt marshes in two weeks. The young woman admits to Eliott and Constance that she really wants to leave after everything that has recently happened with Theo. Although Eliott thinks his departure is a bit hasty, Celia feels the need to get away from her ex-boyfriend. Moreover, his grandparents are going to sell their farm. Hortense and Eliott are very saddened by his departure and Célia admits to them that she will miss them.

Later, Hortense and Eliott run into Theo in the park. He looks depressed. They join him and push him to confide. The young man admits to them that he suffers enormously from knowing Célia is so close to him: he can’t stop thinking about her all the time. Hortense tells him that Célia is leaving Calvières in two weeks because she has landed a job as chef at home in Paris. In shock, Theo does not understand why she did not tell him about it and believes that she is quickly turning the page. Hortense and Eliott advise him to have a talk with her before it’s too late.

Theo is about to visit Celia in the marshes when he overhears her on the phone with her father. The young woman is very excited at the idea of ​​finding her parents. So Theo decides to turn back.

TONY IS NOT KELLY’S FATHER

As Tony is about to leave for the deliveries, Laetitia arrives at the Table des Rivières to pick up her order. Quickly, the two ex find their past complicity. The young woman takes the opportunity to ask Tony to have lunch with her but the latter declines because he has to start his deliveries. Wanting to spend some time with her, Tony offers to accompany her on his tour so they can talk about the good old days. What she accepts.

A few hours later, Tony drops Laetitia off at the institute. After hesitating, the latter tries to find out if he is not Kelly’s father. After all, the dates could correspond with their adventure. Laetitia confirms to him that this is not the case since at the time they had protected themselves during their reports. She ends up confessing to him that she also had a boyfriend named Thomas at this time. She tells him that he is the father of her daughter. In the distance, Guillaume sees them and decides to join them. Laetitia makes the introductions and the two men get along very well. So the deputy headmaster offers him to come and have an aperitif at the house on occasion, which he accepts. Laetitia will keep him posted to set a date.