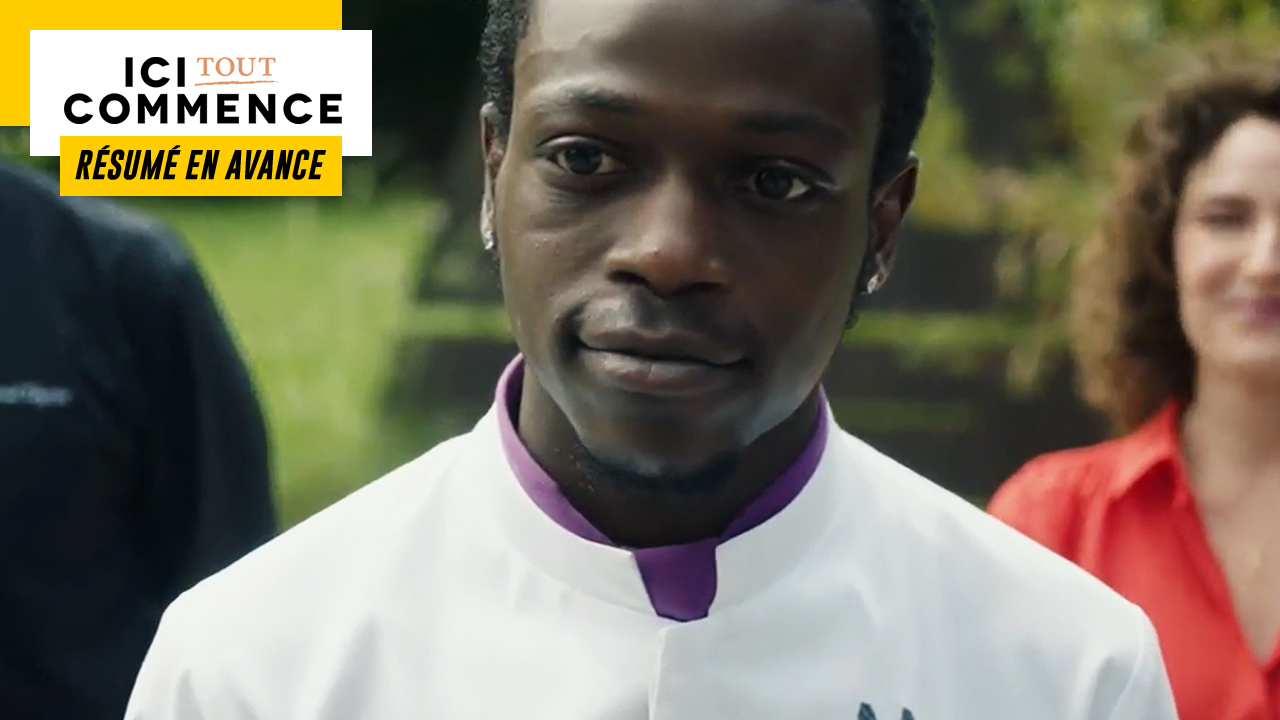 In the next episode of “Here it all begins”… While Enzo is named valedictorian, Clotilde bribes Louis to vote against the creation of the master. As for Théo, he tries to convince his father to go to Arles.

Thursday, June 30 in Here it all starts…

ENZO IS MAJOR OF HIS PROMOTION

Enzo confronts Teyssier. The student has understood that the chef does not want him to be his second in the national pastry championship. He asks him for an explanation because he doesn’t understand why Emmanuel is always looking down on him. For Emmanuel, the student cannot be surprised not to be taken seriously since he spent three years entertaining the gallery while doing the minimum. Enzo however pleads his cause: people can improve. But his arguments do not reach Teyssier who considers Enzo to be a loser. However, if he really wants to impress her, he had better prepare mentally for the final test because Salomé is already ready.

Later, Antoine tries to find out about the final test between Salomé and Enzo. If at the beginning Teyssier refuses to give him information, he ends up explaining to him that the students will have to help him one after the other in the elaboration of a dessert based on Joconde biscuit. However, he intends to trick them by misleading them during one stage of the preparation: he will ask them to cream the butter instead of melting it. The one who is not mistaken will be his second.

The students begin to gather at the amphitheater to witness Salome and Enzo’s clash to become valedictorian. Greg wants to launch the bets, but Charlène refuses to take part: there will be no surprise, Salomé will win. Mehdi advises Enzo not to listen to them, but Greg and Lionel provoke him by talking about his cheating during the competition for the best school in France. Enzo walks away, he needs to concentrate for the test. For his part, Mehdi is annoyed by his comrades and retorts that he is going to bluff them: he bets on him. Teyssier asks for silence because he will announce the event: in turn, Salomé and Enzo will assist him in the development of a mango gianduja chocolate dessert. Salome will go first. He asks his competitor to leave the premises because he is going to reproduce the same recipe.

During the ordeal, Teyssier asks Salomé to cream the butter. The student hesitates and asks him if he is sure of himself. According to her, it should be melted in a bain-marie. The chief asks her what she is waiting for. She runs.

Comes Enzo’s turn. The student surprises his classmates: he manages to foresee all the boss’s requests. Teyssier sets the same trap for him, but he immediately melts the butter without questioning his request.

After the ordeal, Enzo is exhausted. Greg joins him and congratulates him on his performance. He apologizes for his behavior, he hasn’t been very nice to him lately. Salome interrupts them. She also comes to congratulate Enzo: no matter who wins, she will be happy.

A little later, Teyssier wishes to underline the extraordinary level provided by the two finalists. He admits to having felt privileged to have had seconds of such a level and declares to Salomé and Enzo that the institute is proud to have trained them. However, one student stood out during the test: it was Enzo. The student did not procrastinate or show any sign of weakness despite the chief’s false indication. Enzo is therefore the major of his promotion and he will accompany Teyssier during the final of the pastry championship. The student is very moved by this announcement. As for Salomé, she is happy for her classmate and applauds him with the other students.

CLOTILDE BRIBS LOUIS TO VOTE AGAINST THE CREATION OF THE MASTER

Clotilde visits Antoine. During their discussion, she comes across a file about the master’s degree that Rose is trying to set up for the start of the school year. The chef believes that her sister does not lack air and regrets that she clings to this idea despite her disapproval. For his part, Antoine points out to him that it is a good thing that his companion is investing in the institute. If Clotilde agrees with him, she thinks that Rose should however focus on her area of ​​expertise: communication. She doesn’t understand why her sister insists so much on changing the curriculum. Antoine stands up for her: if she’s so motivated, it’s because there’s a demand and it’s not absurd to want to help students specialize. He concludes by refusing to interfere between them.

Later, Clotilde arranged to meet Louis out of sight. She wants to talk to him about the master’s project: Rose wants to distort the institute and she refuses to let her do it. Clotilde explains to him that any major change in the curriculum is subject to the vote of the heirs. So she is counting on him to vote against this project. However, Louis wants to know what he will get in exchange. He confides in her that he wants a place at the head of a prestigious New York restaurant, but she explains to him that Teyssier has already placed a student there whose owner is very happy. Louis advises Clotilde to be persuasive with the director, even if it means firing her comrade.

Very happy with her alliance with Louis, Clotilde announces it to Rose. The creation of the master will be submitted to the vote of the heirs: it therefore no longer has any chance. Rose is upset.

Anaïs shares her fears with Rose about the master. Rose tries to reassure her: everything will be fine because Clotilde does not decide alone. Then, she is determined to carry out this idea and will find a solution. In turn, Rose pleads her cause to Louis and explains to him that there is a real need. The leader listens to his arguments, but refuses to tell him who he is going to vote for.

In the vegetable garden, Deva and Souleymane spend a romantic moment together. Théo surprises them when the student declares that her future depends on the decisions of this psycho, speaking of her father. The young woman apologizes right away, but the chef does not hold it against her: he knows his father very well. So Theo asks her if she will go back to India if she can’t pass her exam, which she confirms. Souleymane refuses to see her leave because he is in love with her. In turn, Deva declares her love for him. Theo is very touched to see them like this and will do everything to convince his father to go to the congress. However, he promises them nothing.

The excluded students continue to train with the Gaissacs for the remedial test scheduled for the next day. Louis tastes their preparations once again and observes their progress. Unfortunately, the chef has bad news: Teyssier refuses to leave the institute. Deva explains to them that Theo will try to convince him, but nothing is certain for the moment. Then, Tom realizes that they may have been struggling for nothing, but Amber is determined to pass this catch-up even if Emmanuel is around. Louis advises Tom to have the same state of mind as his classmate: they must not let go.

At the end of the day, Théo tries to convince his father to go to the congress of gastronomy in Arles the next day, but in vain. So he offers to go and give his lecture in his place because he knows it by heart. Teyssier categorically refuses: if his son has a lot of talent, he does not have that of an orator. Théo perseveres: the most important thing is that their name is represented in this kind of event. Emmanuel is wounded in his ego: it is his name and his conference. The chiefs do not want to hear his son, but him. Theo retorts that he should go if the congress is calling for him.