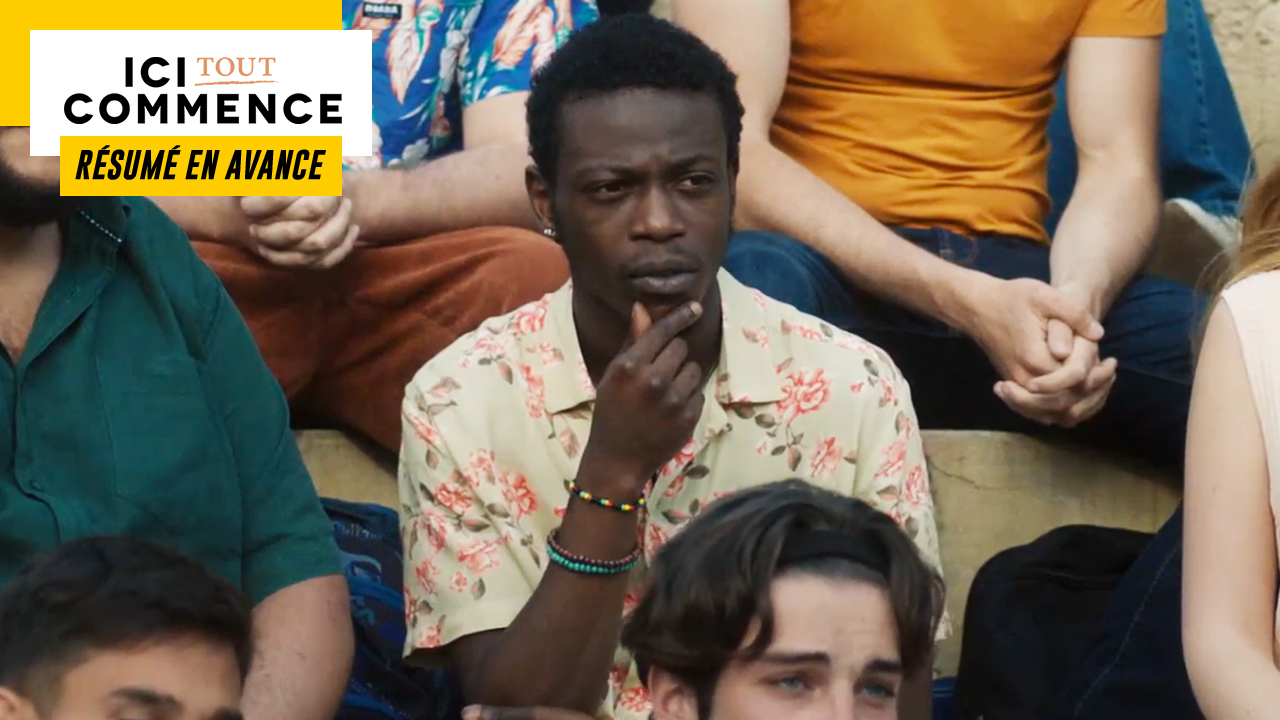 In the next episode of “Here it all begins”… Enzo and Salomé will compete to become valedictorian and Tony is in Calvières to find Laetitia. As for Antoine, he asks for Theo’s help to keep Teyssier away from the institute.

Wednesday, June 29 in Here it all starts…

ENZO AND SALOME WILL COMPETE TO BECOME MAJOR OF THEIR PROMOTION

Teyssier refuses to reconsider his decision despite Clotilde’s arguments: Enzo and Salomé remain tied. He refuses to admit that Enzo’s dessert was the best of the event, lamenting its rough dressing. Chef Armand thinks that Emmanuel simply does not want this student to accompany him to the national pastry championship, which he admits. If Enzo wants to accompany her to the competition, he must beat Salomé during the last test. For Clotilde, it’s a waste of time. She knows that the principal deliberately favors the student, which is not fair. But he promises to change his mind if Enzo surprises him.

Meanwhile, Enzo parades through the park of the institute, certain of having passed the pastry test. He shares his joy with Mehdi. When he sees chef Armand, he takes the opportunity to ask her for information on her bill. She tells him that he can be proud of his work and that his dessert was excellent. The chefs were unanimous in giving him the highest mark of his promotion, but she admits to him that Teyssier refused, putting him on a par with Salomé. Mehdi immediately understands that the chef wants to keep Salomé at the top of their promotion and that she be his second in the competition. But Enzo is not discouraged, he is determined to prove who he is.

In the kitchen, Enzo is preparing a new dessert with the help of Mehdi. The student seems to have an idea. They are interrupted by Anaïs and Salomé. They are surprised to see them suffer since the test is over. Enzo takes the opportunity to tell Salomé the truth: they got the same mark in the pastry test when he should have gotten more than her. Chef Armand told him that Teyssier did not want him to come first in the test, when according to her, his dessert was better.

Salomé is skeptical about Enzo’s information. She admits to Anaïs that she does not want to lose her place in the pastry championship. But her friend points out that their classmate also deserves a chance. Salomé doesn’t quite agree because after all, he hasn’t worked hard all year. Anaïs is disappointed with her behavior and makes her realize that she deserves a fair victory.

For his part, Mehdi asked Teyssier to join him in the kitchen. He gives her a taste of his new creation, which he intends to improve throughout the summer. The chef is largely convinced by his dessert and congratulates him. He is far from suspecting that the student has set a trap for him: it is not his recipe but that of Enzo. Emmanuel can’t get over it, and loses his temper. When Salomé joins them, Teyssier admits to the student that he prefers her to be his second in the pastry championship. However, the young woman refuses if she gets the job under these conditions. Salomé does not want to be favored against Enzo because she is convinced that she can do it alone and would like to prove it to him.

Later, Teyssier summoned the third years to the amphitheater. He announces to them that this year, the entire promotion will graduate. Thus, the tests are over for them, except for the two best students in the pastry exam who will compete in a final test to determine who will be their second during the national competition. They are Salomé who obtained a 15 and Enzo who was unanimous with an 18. They are now in competition to become top of their class and become Teyssier’s second in the championship.

TONY IS AT CALVIÈRES TO FIND LAETITIA

At the swamps, Solal brings the orders to Tony. The delivery person has gotten into the habit of looking at all the delivery addresses before leaving and a bag attracts his attention more. He confides to Solal that it is in the name of the person for whom he returned to Calvières: Laetitia Rigaut.

A little later, Tony gets ready to deliver the order to the Rigauts and repeats what he is going to say. Unfortunately, it is Kelly who opens the door. The delivery man is very surprised and thinks he made a mistake. Laetitia joins her daughter at the door. As soon as their eyes meet, the atmosphere becomes heavy. Tony loses his words when he sees her and quickly leaves. For her part, Laetitia is troubled and seems to have recognized him, which her daughter notices immediately. Kelly asks her if she knows him, but her mother assures her that this is not the case.

During the meal, Kelly tries to find out more about her mother’s relationship with the delivery man, but in vain. Laetitia avoids the subject and ends up cracking. Indeed, they have already seen each other in the past while harvesting well before his birth. The young woman is not convinced by this story and thinks that something happened between them. After all, the delivery boy is totally his mother’s kind of man. Laetitia can no longer bear to be interrogated by her daughter and cuts the discussion short.

Upon his return, Gaëtan questions Tony about his history with Laetitia. The delivery man tells her that he did the harvest with her 18 years ago for two weeks. A short moment which was very intense, but after which they never saw each other again. After his road accident, he thought about the people who had mattered to him: it was then that he remembered Laetitia.

Antoine informs Emmanuel of the invitation from the Gastronomy Congress of Arles who wishes to host his conference in two days. In reality, Laetitia and the principal have devised this ploy to keep Teyssier away from the institute to have the first-year students excluded from their exams retake their exams. Antoine and Laetitia try to convince him, but in vain. According to the chef, they shouldn’t have told him at the last minute: it’s either a lack of professionalism, or it’s a replacement. Either way, he’s not interested. This invitation comes at the wrong time because he has to prepare for the graduation ceremony as well as the competition which is coming up soon. Teyssier then refuses the invitation. Antoine is upset: he doesn’t have the courage to announce the bad news to the first years. Despite his refusal, the headmaster intends to find a solution for him to go to the congress.

At the same time, Louis tastes the dishes of Deva, Jasmine, Ambre and Tom who are preparing their remedial test at the Gaissacs. The chef is not at all convinced by their proposals and asks them to review the basics. Students look for excuses: they work in a small space and lack materials. For him, these are not valid arguments: when you know how to cook, you can cook everywhere. Louis is very disappointed with their plates and thinks he is wasting his time. Jasmine complains because she finds the recipes too complicated. He replies that it’s the principle: if they want to train on simple things, it will be without him. Eventually, Louis agrees to give them a second chance. But this time, if the next try fails, he’ll leave.

Place for the new tasting. Louis finds their dressings and their dishes more successful than the previous ones. However, he thinks their plates still lack character. The chef asks them to be more punchy and incisive. He will be back tomorrow to taste their creations again.

Meanwhile, Theo joins Antoine and Laetitia at the CDI. They ask for his help in keeping Teyssier away from the institute for a few days. The young man admits that his father’s decision is unfair about the first years and agrees to talk to him about it. However, he does not promise them anything.