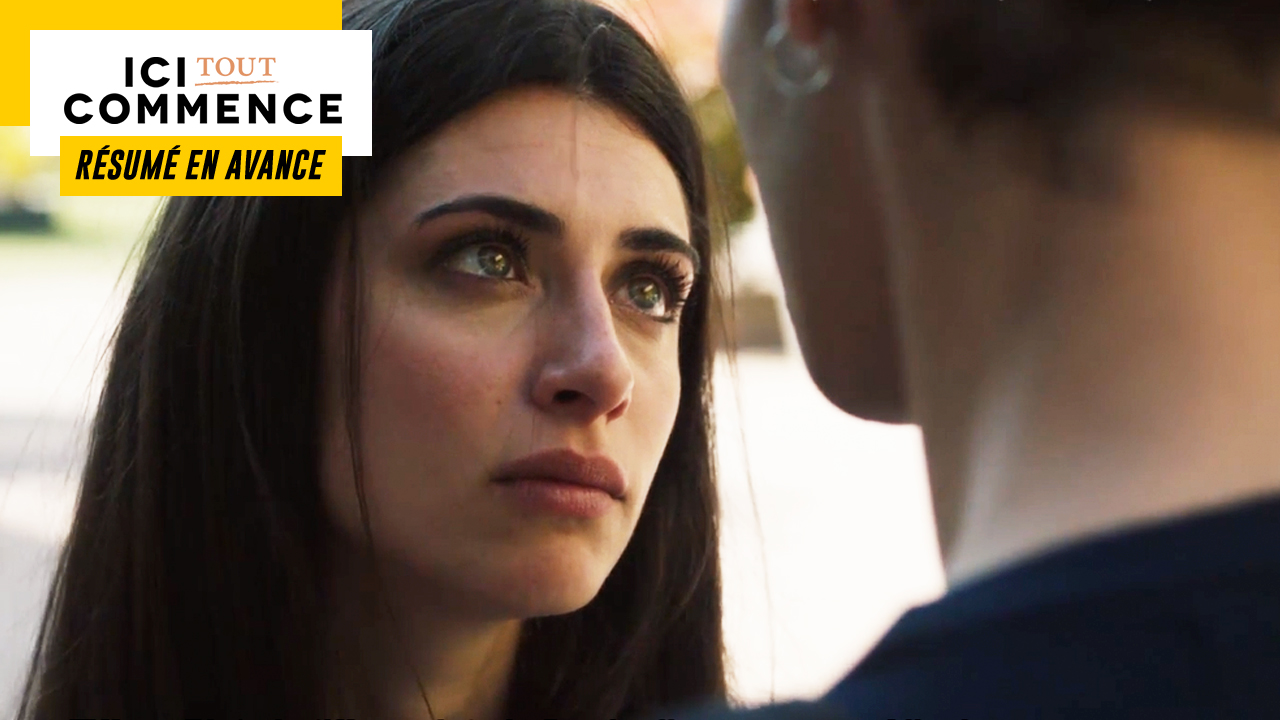 In the next episode of “Here everything begins”… Célia breaks up with Théo and Clotilde no longer wants to hear about the master. As for Jasmine, she wants to pass the competition for the school of chef Cardone.

Friday, June 24 in Here it all starts…

CÉLIA BREAK UP WITH THEO

Célia is about to leave for the institute to pick up her things when Théo approaches her to tell her about what happened the day before. He is convinced that his girlfriend lied to him and that she sabotaged his ordeal with Charlene. At the foot of the wall, the student admits to having added orgeat syrup to the mascarpone cream when her sister had her back turned. The young woman considers that her partner got what she deserved after all that she put her through. But Theo doesn’t agree with her and defends Charlène. He thinks his girlfriend doesn’t realize that she ruined his sister’s future. Although disappointed, Célia tries to make him understand her point of view but without success.

Meanwhile, Charlène is working on her dessert again when Teyssier arrives in the kitchen. Wishing to retake the test, she asks her father to give her a second chance but the latter reproaches her for not having given everything in the exam. Although his daughter once again places the blame on Célia, the director reproaches her for having lacked vigilance. Present, Theo admits that Celia was not nice to his sister but nevertheless hides from her the role she played in this sabotage. So he encourages his father to taste Charlene’s dessert, which he does. The director finds it much better.

At the same time, Greg and Hortense are looking forward to going to third year. Eliott is more cautious. As long as he has not seen his name on the list of admitted, he prefers not to come forward. Celia joins them and begins to empty her locker. The latter admits to having voluntarily added orgeat syrup in her dessert before specifying that she does not regret her gesture at all. Greg does not understand that she wasted her year for revenge and judges her openly.

Later, Charlène takes a remedial test with chef Armand when Célia arrives in the kitchen to look for her dishwashing knife. The young woman quickly understands that her sister-in-law has the opportunity to change her grade, but this is not the case. The tone rises between the two students. Clotilde intervenes and reminds Célia that it is Chief Teyssier’s decision. If she’s not happy, she can always go see him.

Irritated, Celia confronts the director in his office. If she finds it unfair that Charlène is the only one who can take a remedial test, she is also fed up with him showing favoritism with her daughter. Not seeing things the same way, Teyssier reproaches him for having broken the sacred rule in the kitchen: you don’t lead the collective work even if you hate your partner or your team. Célia ends up telling him that she has nothing more to prove and decides to leave the institute.

Charlène joins Célia and announces to her that she passed her remedial test with flying colors. She drives the point home and tells him that her brother defended her so much in front of her father that he finally agreed to give her a second chance.

Célia hastens to find Théo and reproaches him for constantly being on his father’s and sister’s side. No longer supporting her family, the young woman tries to make her understand that they are like a mafia: they will always support each other even if they cause the worst horrors. The student is convinced that this will never change because he is one of them. For her, they can no longer be together and tells her that it’s over.

CLOTILDE DOES NOT WANT TO HEAR ABOUT THE MASTER

Rose continues to work on the organization of the future master which should normally see the light of day at the start of the school year. She shows Clotilde the schedule for the entire school year that she has prepared, including the masterclasses common to the entire class. The communication officer was inspired by the different desires of the students. But Clotilde is no longer so enthusiastic, she thinks her sister is getting too carried away and that they will never have the financial means to carry out this project.

She therefore brings new proof to Clotilde. Anaïs and Salomé are no longer the only ones interested in this master since Enzo is too. It was while watching a documentary on the best worker in France in pastries and bakery that Enzo wanted to find out more about this specialty. If he has not yet had the opportunity to explore this track, the young man thinks that the master can be the solution. Unfortunately, Clotilde doesn’t change her mind and even thinks he’s having a whim.

Clotilde reproaches Rose for forcing her hand. According to her, this master could discredit everything that their father has put in place. While Rose thinks that her sister is afraid that she will take up too much space at the institute, Clotilde confirms that this is already the case. Although disappointed, the communication officer says she is certain that they could do a lot for the school by working hand in hand, but Clotilde retorts that she has no legitimacy in the world of gastronomy and even less the expertise of a leader. For her part, Rose is convinced that she will regret it when she brings her the list of all the students who want to register. As for Clotilde, she never wants to hear about it again.

JASMINE WANTS TO PASS THE COMPETITION FOR CHEF CARDONE’S SCHOOL

Jasmine and Axel want to put the bottargues back in their place at the commissary. He comes across Theo who is collecting ingredients for his menu. Axel distracts his cousin while his girlfriend puts them back in a fridge.

Later, the couple goes to Diego and Isabel Gaissac. Indeed, Ambre and Tom have invited them to dinner and to taste their menu for the table d’hôtes at the salt marshes. On the road, Jasmine confides in Axel her desire to pass the competition for the school of chef Cardone. She is very inspired by the courage of her friends and also wishes to turn the page of the institute. As she is worried about Naël, her boyfriend reassures her and says he is certain that they will find a solution with Greg. Jasmine asks Axel if he could also take the exam with her. Axel replies that he wants to study at Calvières, it is the condition of the pact with his father. Jasmine is saddened, but the young man promises her that they will continue to see each other no matter what.

Ambre and Tom bring their tapas to Diego, Isabel, Jasmine and Axel. They find their creations very successful. Celia’s grandfather is a little less convinced, because he is afraid that there is not enough quantity. The pair then proposes to decline them into a dish. They all toast their future together.