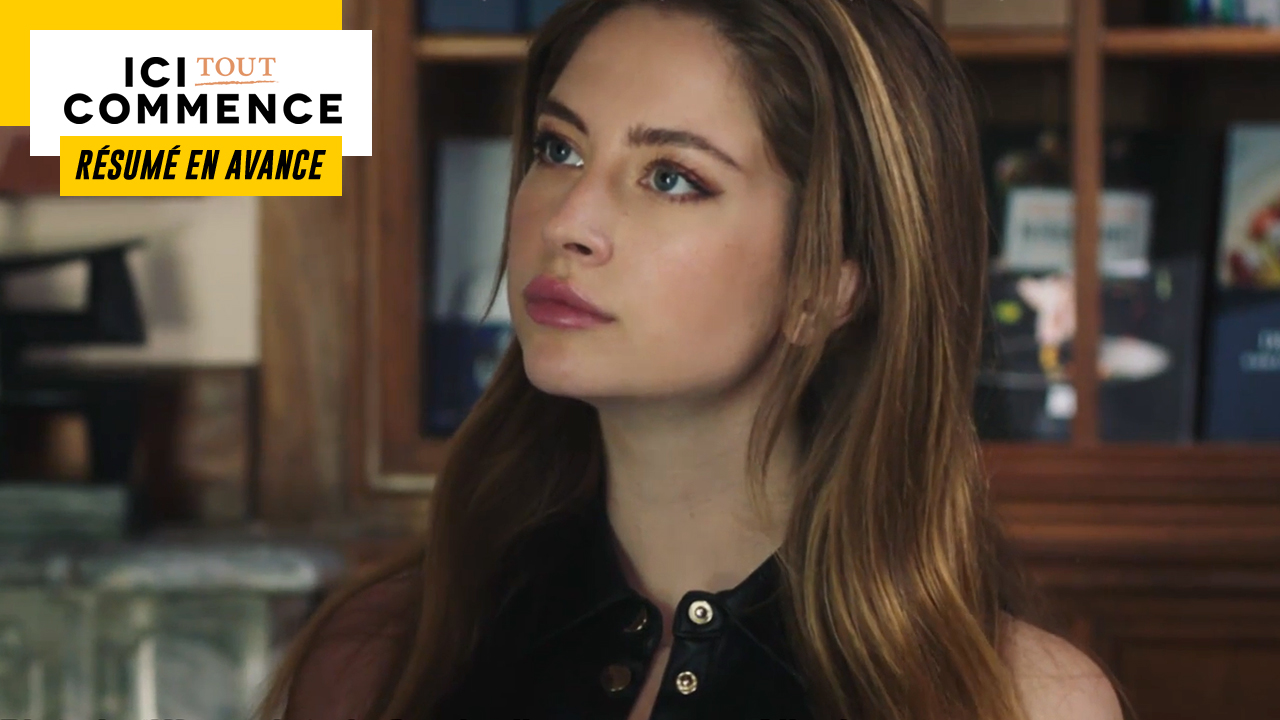 In the next episode of “Here everything begins”… Tom deletes his editing and Rose and Clotilde do not have the same vision of the master. As for Philippe and Axel, they are unable to reconcile.

Monday, June 20 in Here it all starts…

Amber, Deva and Tom continue their plan to harm Teyssier. In addition to the videos of Landiras being assaulted, Ambre got other footage from a comrade, in which the director goes after Greg during his masterclass. As for Deva, she filmed an altercation during one of her demonstrations. Watching the videos, the group is delighted. All are certain that Emmanuel will reinstate them after the publication of the video montage. But not far away, Charlène continues to watch them. After the departure of her friends, Charlène hastens to join Tom.

The latter is totally panicked by the arrival of Charlene. The young woman wants to watch the video he was watching, but he refuses because it is private. Faced with her questions, he decides to flee. Charlene grows increasingly suspicious that the first years are conspiring against her father. A little later, she confides in Louis. Tom’s reaction has given her a hint and she wants to stop them from taking action. Charlene thinks that if her father is grateful to her, he will let her graduate. Louis promises to help her.

Louis has a diabolical plan to get the video: send an email to Tom with his report card and invisible spyware. Thanks to this, he will be able to remotely control the computer of the first year student and thus transfer the files.

At the same time, Tom takes the bait and downloads his notes. He is joined by Amber who follows the progress of the assembly. The young man takes the opportunity to apologize, he regrets having sabotaged his shirt before his indoor test and above all, he did not mean a word of what he said to him in the locker room. They decide to put this story behind them. For his part, Louis takes the opportunity to recover the video.

Evidence in hand, Charlène joins her father in his office. But before showing him anything, the young woman wants to talk about her diploma. Indeed, the disciplinary council decided in April to deprive him of it because of his harassment towards Célia. Teyssier does not want and cannot reconsider this decision to the chagrin of his daughter. Charlène does not despair, she agrees to show the video to her father, but she makes him promise not to forget what she has done for him. After seeing the images, Teyssier asks Charlène not to take care of it, he will do it himself.

While Tom is playing sports in the park, Teyssier violently grabs his wrists and immobilizes him. In an extremely threatening tone, the director assures him that if he publishes the video, his career and those of his comrades will be destroyed. Indeed, no boss likes to be betrayed in this way by one of his employees. By distributing it, they will be blacklisted and will be able to say goodbye to the restoration. When Emmanuel lets go, Tom decides to delete his edit.

Souleymane and Deva don’t understand why Tom deleted the video. He explains to them that they have more to lose than to gain by publishing it, because Teyssier could take revenge. Souleymane criticizes him for not having put himself in the place of his comrades. Being expelled from the institute, Deva will have to return to India.

Meanwhile, Teyssier thanks his daughter for having warned him. However, he does not intend to reconsider his decision about the exams. Charlene is upset, she was sure she had found a way to get her diploma. But she is not his daughter for nothing and promises him not to give up.

Rose and Clotilde gathered at the CDI the third years interested in the creation of the master. For the moment, it is still in the development phase, but should start at the start of the school year. Clotilde was not present during their interviews with Rose, so she asks the students to present their professional projects to her. Sure of herself, Anaïs offers to start. She explains that she wants to create her vegan concept store with a catering part and a store part. But chef Armand is not at all enthusiastic about his idea and lets him know. His remarks make the other students uncomfortable, who no longer want to explain their idea to him. Salomé’s turn, she is hesitant. She would like to open her own restaurant, but does not yet have her culinary identity. For Clotilde, the young woman must refine her desires, otherwise they won’t be able to help her.

Later, Rose finds Anaïs and Salomé. The two young women admit that they are reluctant to join the master after the meeting. They did not think that Clotilde would be co-director and deplore her traditional approach. This morning, they had the feeling of being judged and not at all supported in their ideas. Rose wants to reassure them, if her sister has been a little clumsy, she can be of great help for their future.

At the end of the day, Rose invites Clotilde for a drink. Chef Armand thinks that the students have no concrete project. Her sister thinks she has been too hard on the students and that her method is counterproductive. If it continues like this, no one will want to join their master’s. Rose realizes that they really don’t have the same vision for this course, but Clotilde has more experience than her sister and thinks she knows what’s best for the students.

PHILIPPE AND AXEL ARE NOT ABLE TO RECONCILIATE

Axel sarcastically thanks Salomé for her advice the day before. Unfortunately, the situation has still not improved with his father. Philippe refuses to believe that his son is really passionate about cooking and thinks he is at the institute to flirt. Salomé apologizes, she imagined that a sincere discussion would fix things. However, the student has a new idea: he must give his father a taste of one of his dishes. As they share a good time, Jasmine surprises them when Salomé touches her arm.

Jasmine does not hide her jealousy. Salome reaffirms that they are only friends and that she tries to help him about his parents. The student thinks that instead of arguing, they could join forces to give Axel a hand. Besides, she has a plan that just might make things right. Salomé then offers Jasmine to do it alone if she wishes, because she wants to prove to her that there is nothing between them.

A little later, Jasmine made an appointment with Axel’s parents. She would like to show them how their son works and let them taste one of his dishes. If yesterday his cake was not successful, he is redoing one of his creations which has already had the compliments of chef Armand. They accept his proposal.

At the studio, Lola reassures her son: she is very interested in his recipe and wants to taste it. She is very surprised by her combination of strawberries and beets. As for Philippe, he finds him special, but very good. But quickly, the tension between the father and his son takes over.