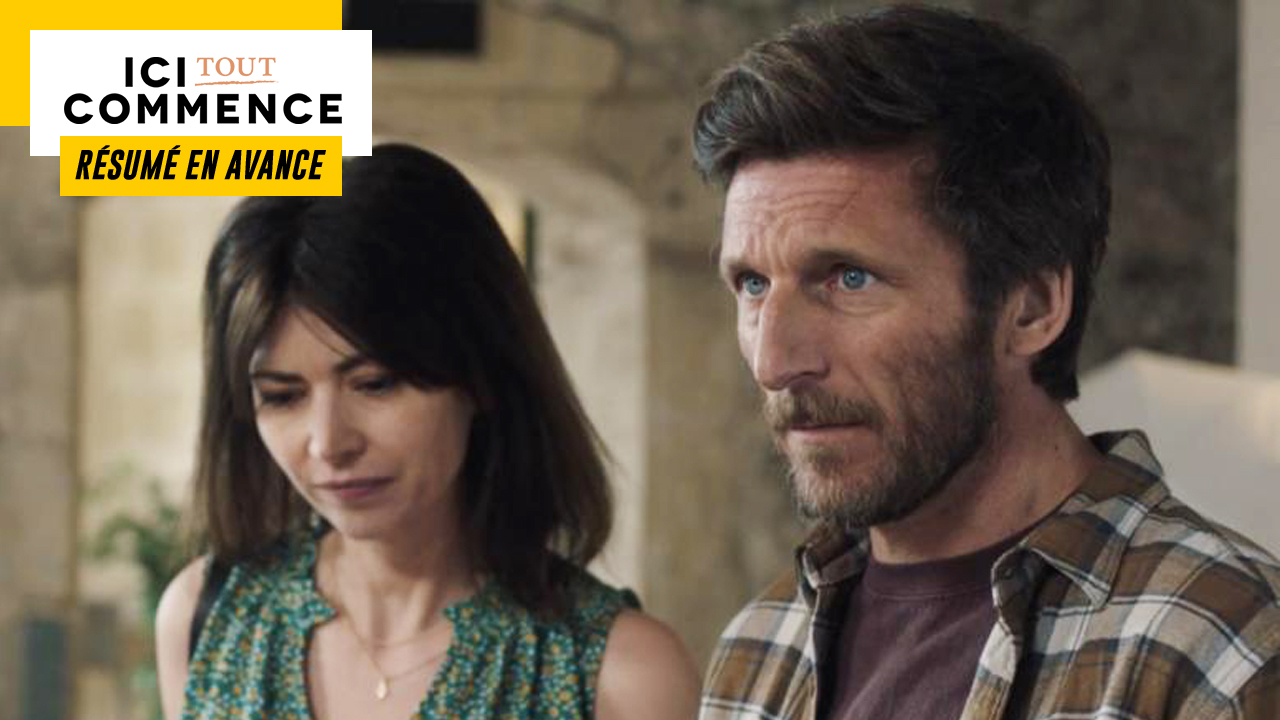 In the next episode of “Here it all begins”… Tom has a plan to reintegrate the institute and Axel’s parents come to visit him. As for Charlène, she pushes Célia to the limit.

Friday, June 17 in Here it all starts…

TOM HAS A PLAN TO REINSTATE THE INSTITUTE

The pastry test should start in a few minutes but Amber is still not dressed. She decided not to go because she can’t concentrate. Kelly, who considers that she should not punish herself in this way, assures her friend that she has nothing to reproach herself for before reminding her that the only culprit in this story is Teyssier. Even if she had taken a stand for her comrades, it wouldn’t have changed anything in the end. Kelly therefore manages to convince Amber to take the test and to let the principal take care of this affair.

The two young women go to the amphitheater where the event takes place. Landiras announces to the students that they will be evaluated on their technicality: mousse, icing, biscuit and other fun things. They have two hours to make a raspberry lemon charlotte.

Place for tasting. Landiras compliments the visual of Amber’s cake. If Teyssier finds that she put too much almond powder in her recipe, her mousse is however flawless. Zacharie, meanwhile, really likes his student’s dessert, which he considers light and punchy. For both chefs, there is no doubt that Amber is moving on to second year. However, Teyssier can’t help but provoke the student and says that she didn’t need to eliminate the competition with her results. Far from letting it go, Amber retorts that she has nothing to do with the exclusion of her comrades then reminds her that it was her decision. But Amber does not stop there. She calls the director a sociopath and a sadist before telling him to fuck off. Teyssier’s decision is final: Ambre is fired.

Appalled by the dismissal of the young woman, Antoine and Clotilde try to make him change his mind. While Clotilde fears that the loss of half of a class will cause major financial problems for the institute, Teyssier has an idea to fix the situation: accept more students next year. The director therefore refuses to give a second chance to the first years.

At the same time, Amber tells her classmates what happened during the pastry test. Even though she was also fired, Tom and Deva still resent her. They feel it’s too easy to wake up afterwards out of guilt. Jasmine is appalled, she can’t bear to hear her friends treat Amber like that. After all, she too was just fired.

Later, Jasmine finds Amber. The latter apologizes for not having calmed things down on her birthday. For Jasmine, they are all responsible for what happened. She is convinced that Tom and Devan will eventually figure it out. Suddenly, Jasmine receives a message from Tom: he has an idea for Teyssier to take them back to the institute.

The two young women therefore find Tom and Deva at the CDI. Tom tells them his idea: to make a montage of the director’s worst videos and publish it on social networks. They could tag the greatest chefs, but also the organizers of all competitions. Tom is certain that Teyssier will reinstate them after this bad publicity stunt. Deva is ready to help him and already has a compromising video to pass on to him.

Charlene overhears their conversation and then shares her doubts with Louis. Indeed, the young woman is convinced that the first years who have been fired by her father are developing a plan against him. Charlène is determined to find out what they are hiding and to tell Emmanuel everything.

AXEL’S PARENTS COME TO VISIT HIM

Philippe and Lola Teyssier decide to go to the institute because they have no more news from Axel. Philippe is still convinced that his son does nothing at school. Suddenly, he comes across Emmanuel who tells them that Axel is at the studio.

At the same time, Axel trains for the entrance exam to the institute with Jasmine and Salomé. He wants them to taste his frozen soufflé with Grand Marnier but he misses it for the fifth consecutive time. Salomé motivates him, they will help him during all the stages of the recipe. While Jasmine leaves to get a citrus press, Philippe and Lola join them. Although surprised to see them here, Axel introduces his parents to Salomé. Thinking that the student is her son’s girlfriend, Lola compliments her but Axel takes her back right away and tells her that he is going out with Jasmine who has just arrived. Philippe immediately notices the missed dessert on the table. He thought his son took cooking seriously, but clearly he doesn’t. Axel is not fooled, he knows that his father is only waiting for one thing: for him to fail the exam. But for Philippe, there is no doubt with such poor achievements.

A little later, Salomé finds Axel in the park. The latter confides that he can no longer bear his father’s comments about his passion for cooking. Salomé advises him to have an honest discussion with his father in order to explain to him why he loves cooking and this school so much. According to her, Philippe could even surprise him.

Axel went out for a drink with his parents on Salomé’s advice. He reaffirms his passion for cooking but his father cuts him off and asks him to stop his act. Philippe is convinced that his son is lying and that he is at the institute to avoid working with him. Axel assures his parents that he is working hard to pass the entrance exam. But it is far from convincing his father who thinks he does nothing with his days except to show off in front of the girls. Axel starts to get annoyed, he would like his father to trust him for once.

CHARLÈNE PUSHES CÉLIA TO THE END

As they prepare to leave for the institute, Theo announces to Célia that he can no longer take her as second year because her father has asked him to favor third years for this position. As he decided to offer the place to his sister, Célia can’t believe it. If his girlfriend is sure that Charlène had a whim to get it, Théo can’t imagine his sister asking her father to get her the job.

The service started at double A and Charlène is delighted to give orders to her comrades but especially to Célia. She takes malicious pleasure in not letting go of a sole while criticizing her work. Charlène confirms to her that she asked her father for a hand to become second, because she is convinced to do it better than her. Célia has already had the place many times when she is only in her second year. For Charlène, there is no doubt that her brother favors her not for her talent but because they sleep together.

The atmosphere is always electric in the kitchen. In full service, Célia decides to change the recipe for a broth and hastens to send the plates to the dining room when Charlène’s back is turned. Theo reframes his girlfriend firmly in front of everyone. While Célia continues to affirm that the recipe is much better without the turnip strips, the chef sticks to his guns and asks her to do what she is asked. Very annoyed by his behavior, Célia decides to leave the service.

Later, Theo confronts Celia at the salt marshes. She explains to him that she left because she didn’t feel well. He apologizes and admits that he should never have spoken to her in that tone. Célia admits to him that she changed the recipe at the last moment because she was very upset with Charlène who had just confessed to him that she had gone to see her father to get the job. Then she asks Theo if he doesn’t feel like traveling. She tells him of her desire to leave the institute to live in Paris or abroad. By leaving, he would step out of his father’s shadow and finally be able to gain recognition for his work. For Théo, the moment is badly chosen to talk about it because the exams are approaching.