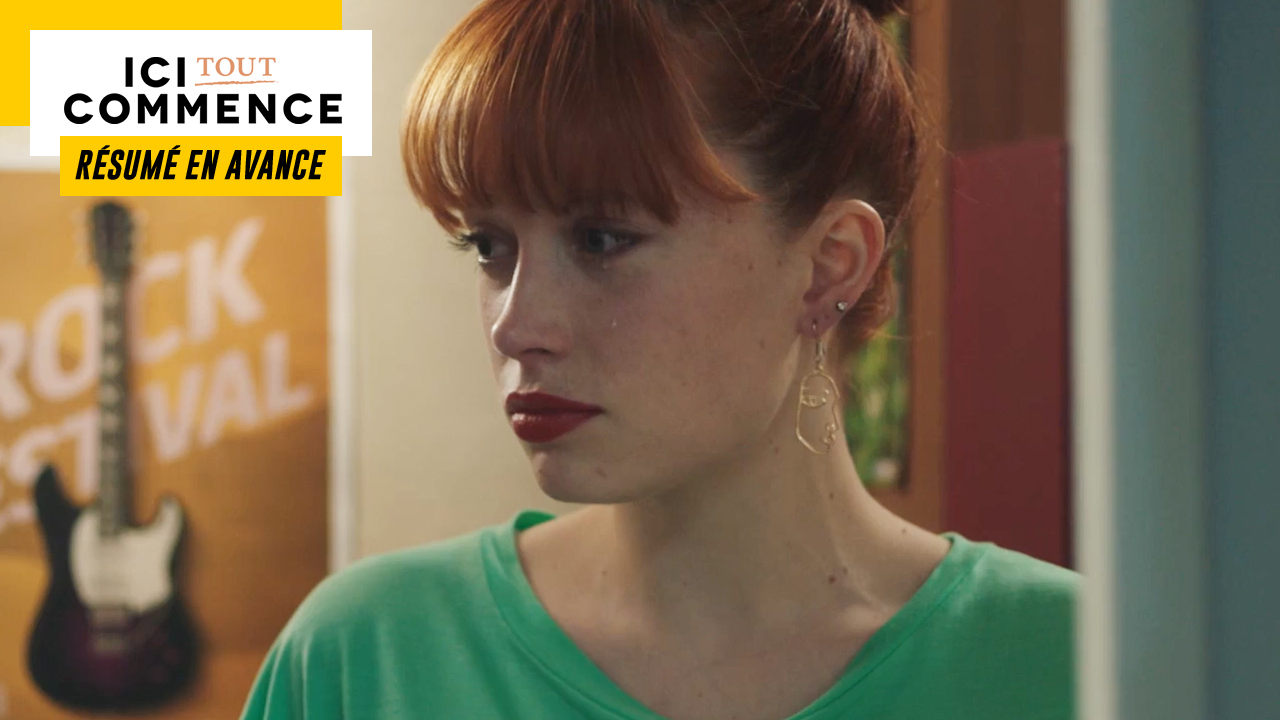 In the next episode of “Here it all begins”… Teyssier fires the first years who arrived late for the cooking test and Rose convinces Clotilde to be co-director of the master’s degree. As for Charlène, she has a fit of jealousy.

Thursday, June 16 in Here it all starts…

Teyssier does not take off and intends to sanction the behavior of the first year. Besides arriving late after partying all night, they offered their worst plates of the year. Clotilde tries to come to their defense. According to her, the students punished themselves by getting bad grades. But this is not enough for Teyssier. This is why he decides to fire the students concerned. Clotilde tries to dissuade him but Emmanuel refuses to listen to her. He made his decision.

In double A, Teyssier explains to the first year the modalities of the hall test. The examination will take place during the service from noon to double A where he expects nothing less than excellence from them. While the students are getting ready to go change, the director makes another announcement: the students who have arrived on time for the cooking exam will be able to take part in the room test, the others are fired immediately from the institute. . Outraged by her decision, Jasmine and Tom attempt to plead their case. In vain. Deva is speechless.

Later, Jasmine is still upset. Axel offers to go talk to his uncle to try to calm the situation but his girlfriend refuses because it wouldn’t be fair to his friends. Deva joins them. She is still furious with Amber who did not react to Teyssier. The student believes that she could have at least assumed her share of the responsibility. According to her, Amber does not deserve to take the hall test and intends to sabotage her exam. Axel tries to change her mind, but Deva goes looking for Tom to explain her idea.

Amber is about to start her hall test when she notices that her shirt smells of wine. Claiming a “girl problem”, Lisandro gives him five minutes to go and change. By meeting Lionel in the locker room, Amber shares her doubts with him. Indeed, the latter thinks that her comrades took revenge by pouring wine on her shirt. As she can’t find a spare outfit, Lionel lends her his shirt.

In parallel, Souleymane finds Deva who ends up admitting to him that she put herself in this state after having seen him kiss Amber. In turn, Souleymane tells him that it was his girlfriend’s idea to make her react. If her idea worked, Deva asks her not to rejoice because she will have to go back to India. Deva then admits that she has no desire to go back there or marry Vikash.

During the test, Lisandro and Teyssier carefully observe the students. Even though Kelly was not very comfortable, she managed to calm down and got the score of 14. Amber, on the other hand, did a nice serve. While Lisandro wants to give her a 16, Emmanuel halves her score because she can’t manage her uniform.

For his part, Souleymane tries to convince his brother to react against Teyssier. Knowing the director well, Antoine knows full well that if he agot now, it will only make things worse. According to him, Emmanuel will eventually realize that he is losing very good elements. If he understands his son’s concerns about Deva, Antoine promises to defend all the students and then advises him to keep a low profile.

In the locker room, Amber meets Tom who has come to collect his things. The young man admits that he stained his shirt before his test then specifies that this idea came from someone else. Amber finds it unfair that her classmates tried to sabotage her exam when she did nothing. Tom feels that she should have shown solidarity by refusing to participate in the ordeal or by starting a movement. As she hasn’t done anything, Tom makes her understand that she shouldn’t be surprised to lose all her friends. And to clarify, that it is in these moments that we discover the true nature of people. He leaves Amber on the verge of tears.

ROSE CONVINCES CLOTILDE TO BE CO-DIRECTOR OF THE MASTER

Rose tries to convince Clotilde to think about creating a master’s degree at the institute. While her sister still thinks it’s a bad idea, Rose insists and explains that the students will develop their professional project while continuing to perfect their technique. Moreover, the teaching staff will not have to worry about an overload of work because it will set up masterclasses with guest chefs. Clotilde, who is tired of listening to her sister, reminds her that she is only the school communication officer, nothing more. Rose can’t stand her remark and she doesn’t intend to crash in front of her anymore. This master, she will create it whether she likes it or not.

Rose tells Antoine about her disastrous conversation with Clotilde. She thinks that the master is not the real problem but rather that the idea came from her. To reassure her, Rose intends to give her sister a role in this new course. For Antoine, their collaboration may be complicated because managing a master’s degree is not easy. He is afraid that she will exhaust herself with the task.

Later, Rose finds Clotilde to discuss more calmly. If Rose has the impression that her sister is on principle, Clotilde is fed up with everyone taking her for the nerdy on duty. After acknowledging that she had not been very fair to her, the professor indicates that she has made many sacrifices since the death of their father, including that of giving up the management of the institute. She even agreed to include Louis. Clotilde therefore has the feeling of losing her inheritance. And now his sister is trying to take over the educational curriculum when it’s the only thing she has left. Rose assures that it’s not her attention at all and offers to co-lead the master with her. Clotilde ends up accepting.

CHARLÈNE HAS A JEALOUSY ATTACK

This morning, Celia doesn’t want to leave her bed. She offers Theo to stay with her and invent a false pretext for not showing up for the double A. For her boyfriend, there is no question of abandoning the restaurant at the last minute. Celia ends up confessing to him that she no longer feels like she’s learning much at school and that she misses her internship with Chef Cyrus. To motivate her, Theo offers her to be her second in double A until the end of the week, which she happily accepts.

A decision that is far from enchanting Charlène. Indeed, Théo continues to favor his girlfriend even though she never had this job. While she tries to understand why he persists in taking Célia, Théo refuses to answer her.

A little later, Charlène tells her father about the situation. She reminds him of the rule: the chef must favor the last years in this position. If she hasn’t managed to turn things in her favor, the young woman hopes that her father will be able to make Theo listen to reason.

Teyssier lectures his son. He shouldn’t favor Celia because she’s his girlfriend. Theo affirms that this is not the case, specifying that he has already chosen other students for this position. While he tries to explain to his father the reasons for this choice, Emmanuel forces him to take Charlène tomorrow as second in the restaurant.