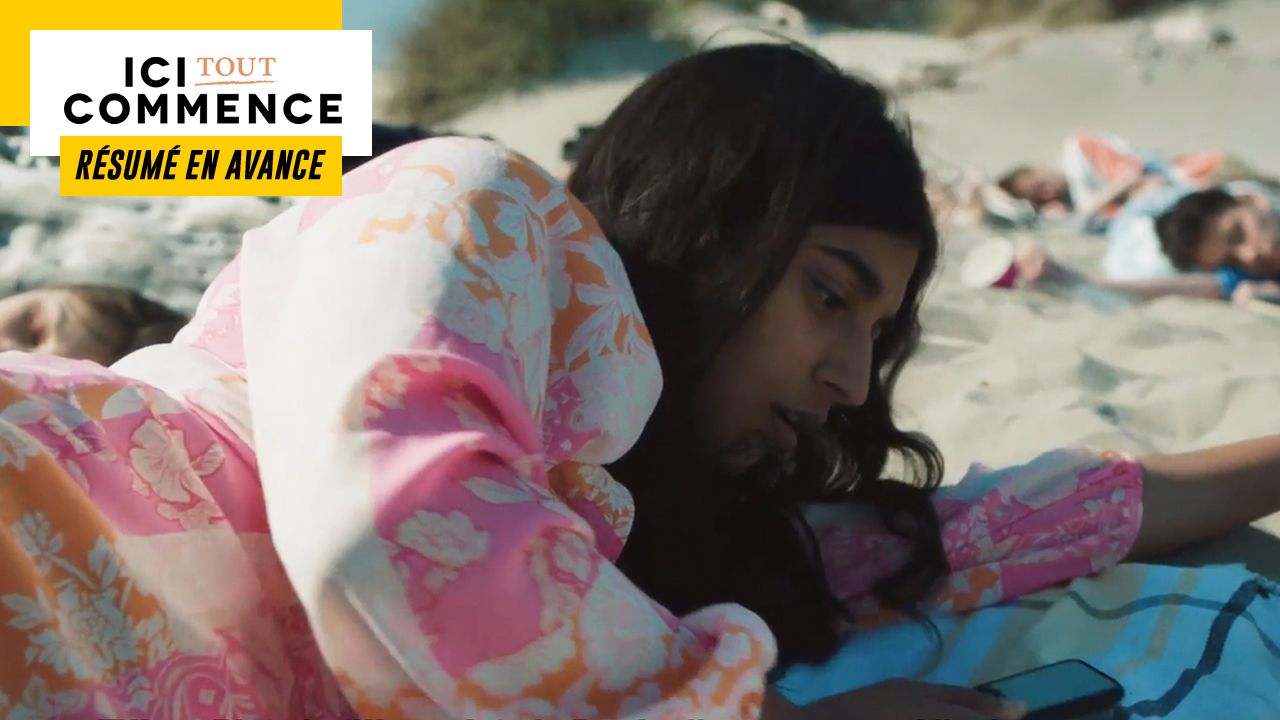 In the next episode of “Here it all begins”… While Emmanuel wants to make the first-year students pay, the Teyssier couple hides from Charlène. As for Tony, he confides in Gaëtan.

Wednesday, June 15 in Here it all starts…

TEYSSIER WANTS TO MAKE PAY FOR THE FIRST YEARS

Deva wakes up at the beach after the evening washed down with Amber. When she checks the time on her phone, it’s already 9:10 a.m. and their call for the cooking test was at 9 a.m. The student hastens to shake up her classmates and sends a message to Amber to save them some time.

At the same time, Teyssier grew impatient at the institute. He doesn’t understand why half of the first years are missing. Tired of waiting, the director offers Clotilde to start the test without them, which she accepts. Amber tells them that they are late because of a flat tire, but she wants to reassure them, they will arrive in a few minutes. Finally, they agree to give them another 20 minutes.

Time is almost up when the latecomers finally arrive in the kitchen for the exam. They sit down at their work surface and Clotilde announces the event to them: they must reproduce a chartreuse of sweetbreads and Jasmine a chartreuse of green lentils and cauliflower. The students have three hours to reproduce the recipe. As they begin to taste the dish to be replicated, Deva feels nauseous.

Clotilde tells them that they only have 30 minutes left. Tom cuts his finger and magnifies his cooking. Amber is very early, which stresses Deva a lot. For her part, Jasmine has a pasty mouth and can’t tell if her dish is well seasoned. Once again violently nauseous, Deva runs out of the room.

There are only a few seconds left for the students to finish their dish. Clotilde asks them to raise their hands. With Emmanuel, they will taste the achievements and note them at the same time. They start with Kelly: even if his sauce is a little thick, they give him a score of 14. They continue with Ambre: Emmanuel finds a membrane in the sweetbread, it will be a 12. Tom’s turn: the vegetables are coarsely cut and the dish is greasy and salty, Teyssier gives it a 5. If the director thinks that Jasmine’s dish looks good, it is said to be too spicy: it’s an 8. Then comes Deva’s turn. The young woman did not have time to finish her dish, for Teyssier it is a zero.

Deva can’t believe it, she is still shocked by the director’s decision. For her part, Jasmine swears never to drink alcohol again. The girls explain to Axel that they went to the beach for a midnight swim and to see the sunrise. Deva heavily blames Amber who refused to move her evening to the weekend. Now, if she wishes to pass the exams, she must have at least 15 in the next tests. Amber joins them and admits having been bad for them when their grades were announced. Blame comes from both sides, but Amber refuses to take full responsibility for their failure.

Later, Deva confides in Clotilde. She tells him that the day before the first years were at Amber’s birthday and that she drank after seeing her friend kiss Souleymane. Clotilde sympathizes, childhood mistakes happen. She will try to plead her case with Teyssier.

As promised, Clotilde tries to convince Teyssier to give Deva a second chance. She tells him that the young woman is a serious student and that she does not deserve to be punished like this for a deviation. The teacher ends up confessing to her that the first-year students celebrated Amber’s birthday the day before. The director then understands that the students were late this morning because they were drunk. He orders his colleague to share the list of latecomers with him, because he intends to punish them severely, perhaps even fire them.

Emmanuel and Constance spent the night together. As they take advantage of this sweet moment, Charlène, barely awake, turns on the music. Constance wants to keep their relationship a secret and doesn’t want to get off at the same time as her husband. They devise a scheme not to be seen together.

A little later, Teyssier joins Constance and Charlène in the park. He is furious because of the behavior of the first years and promises not to miss them. At the same time, Constance receives a message. The swimming pool specialist has to come by their house this afternoon, but she has to go and sign some papers for her training. She asks Charlène to open the door, which the young woman refuses to do. Her father insists: if her mother asks her, she must do it without arguing. The couple shares many smiles and Emmanuel accompanies his wife. Their behavior leaves Charlène pensive.

Emmanuel finds his wife in front of the institute and kisses her. While Constance offers him a drink, Teyssier has another idea in mind and tells him that their house is empty at this time. Suddenly, Louis and Charlene also come out of school. The Teyssier couple hastens to hide behind a car: they feel like they are returning to the beginnings of their idyll. Unfortunately, they are interrupted by a message from Clotilde who wants to see Emmanuel as soon as possible.

Gaëtan starts training Tony to get him back in shape. However, the new delivery man is even worse than the day before with this intensive sports session. When Gaëtan offers him to end up stretching, he sees two big scars on his friend’s legs.

Later, Solal gives Tony the delivery list for the day. There are three times more than the day before. At first, he tells his boss that he can do them by bike, but he ends up asking Gaëtan if he can borrow his van.

When Tony drops off Gaëtan at the institute before starting his service, policemen pass in front of them. The delivery man has a very strange reaction and the sports teacher asks him what’s going on. Tony admits to him that he was afraid that they would ask him for his license, because he lost it six months ago after a speeding ticket. Very shocked by this revelation, Gaëtan refuses to allow him to continue driving his van and offers to accompany him by car for his deliveries.

The duo come home from deliveries and laugh about their latest client. Gaëtan takes the opportunity to ask him how he got his two scars. Tony explains to her that he had a car accident a year and a half ago. He was put in a coma for a month and had six months of rehabilitation. Since then, he has promised himself to make the most of life, because everything can end quickly. Touched by his story, the sports teacher offers him to come and live with him, because he will be more comfortable than in a campsite. Tony thanks him, but he doesn’t want to ask too much of him. Gaëtan continues to insist and the delivery man ends up accepting his proposal.